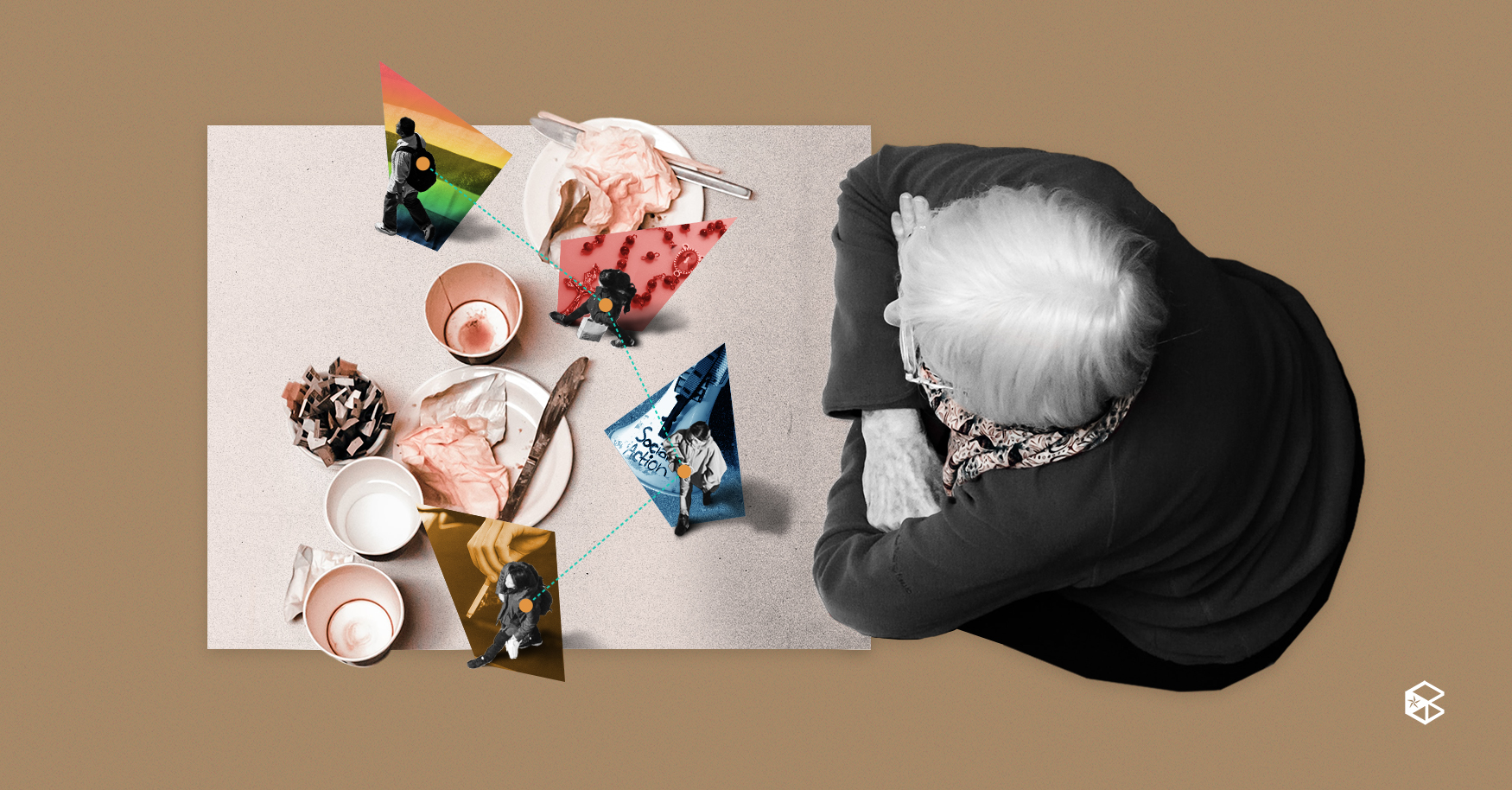 More often than not, it’s easier to keep quiet around family.

It was the day of the week they all dreaded most—Sundays at their Lola’s house. The musty scent of old wood, yellowed books, and dusty photo frames overlapped throughout the years; the property lined with stone and wooden flooring placed down during the Japanese era.


What had made them feel so uneasy? Could it have been the rumors of ghosts lurking around the corridors? The display of Santo Niños that would stare as they walked past? Or was it what awaited them in the sala, the final boss of the household. There seated at the far end of the rustic table was their tita, wearing one of her signature leaf-patterned dasters. Whether they liked it or not, it was a battle of plastic smiles whenever they visited their lola, one they endured every week.

“Oh, nandyan na pala kayo! Good morning.” Tita Rosamie waved, gesturing at the four Velasco cousins, all of whom were still kids in her eyes. “Halika na kayo dito at magmano muna kayo sa Lola ninyo.” Out of Lola Esrelita’s five children, Tita Rosamie was the only one who did not marry and was still living with her.

Beside the table, Lola Esrelita sat on her rocking chair, watching the morning mass on an old-fashioned CRT television, the image fading in and out.

“Mano po, La.” May, their closest cousin who was already 22 greeted as her brother, JC, the eldest at 25 exclaimed, “Miss you po!”

Each of the children took turns greeting Tita Rosamie with a hug and a kiss on the cheek. Sonia was the last one to do so, her Tita squeezing her shoulders tightly.

“Parang tumaba ka, ha. Mag-diet ka na,” Tita Rosamie remarked, in which Sonia responded to her with an awkward chuckle and a tight-lipped smile. Biting her tongue to prevent her from cursing, she locked eyes with her cousin May, who sneakily rolled her eyes as she mouthed, akala mo sexy.

“Tara, kain na tayo. Naghain na kami, si Lola Essy niyo nagluto.” Tita Rosamie called everyone to gather around the table, finding their seats. Lola Esrelita grabbed the remote, turning the TV off before sitting down near the end of the table. Carefully placed on the table were Sinigang and Tilapia with white rice and a pitcher of water.

“Magdasal muna tayo,” Tita Rosamie remarked, gesturing at May to lead the prayer. Her brother JC snickered on the side, knowing full well that his sister was an atheist. Nevertheless, May still recited her cookie-cutter prayer.

“Amen,” everyone replied, after one more sign of the cross, everyone on the table began to eat.

“Oo nga, wala ka pa ba girlfriend?” Tita Rosamie curiously chimed in, the rest of the cousins glancing at each other. JC with a girlfriend, it was a thought they couldn’t even begin to process. Though, with how big of a gossip their tita had always been, they knew that if any of them ever did have a lover, the whole barangay would know.

JC choked on his water, clearing his throat before answering, “Ah, miss na rin po kayo niyon. Isama ko po dito next time.” That was enough to hold off their line of questioning, at least for now.

Everyone at the table continued feasting on the food that Lola Esrelita prepared.

Regina scooped the final bits of food from her plate and excused herself from the table, leaving for the bathroom. A few minutes later, Sonia followed, walking out to the garden where she saw Regina lighting up a cigarette.

“Pahingi isa, Reg.” She held out an open pack to her older sister. “Ikaw ha, san mo ‘to natutunan?”

The remaining two cousins eyed each other and quietly chewed their food, May remembered why Sonia blocked Tita Rosamie’s Facebook profile.

Sonia and Regina went back inside the house and swiftly entered the bathroom to spray heaps of perfume, masking the smell of the cigarettes.

The two made their way back and took their seats, where they were greeted with Tita Rosamie exclaiming, “Siya nga pala! One last paalala sa mga pamangkin ko!” The cousins faced their tita with a puzzled look on their faces, one of them mouthed, ‘Ano na naman?’ at the others, shrugged shoulders as their response.

Stepping outside the house, the cousins looked at each other, then at the closed gate with their shoulders down. Looking from the outside grimly, they knew that outside those walls, they were free to be themselves.

After all, there’s nothing in this world like family.