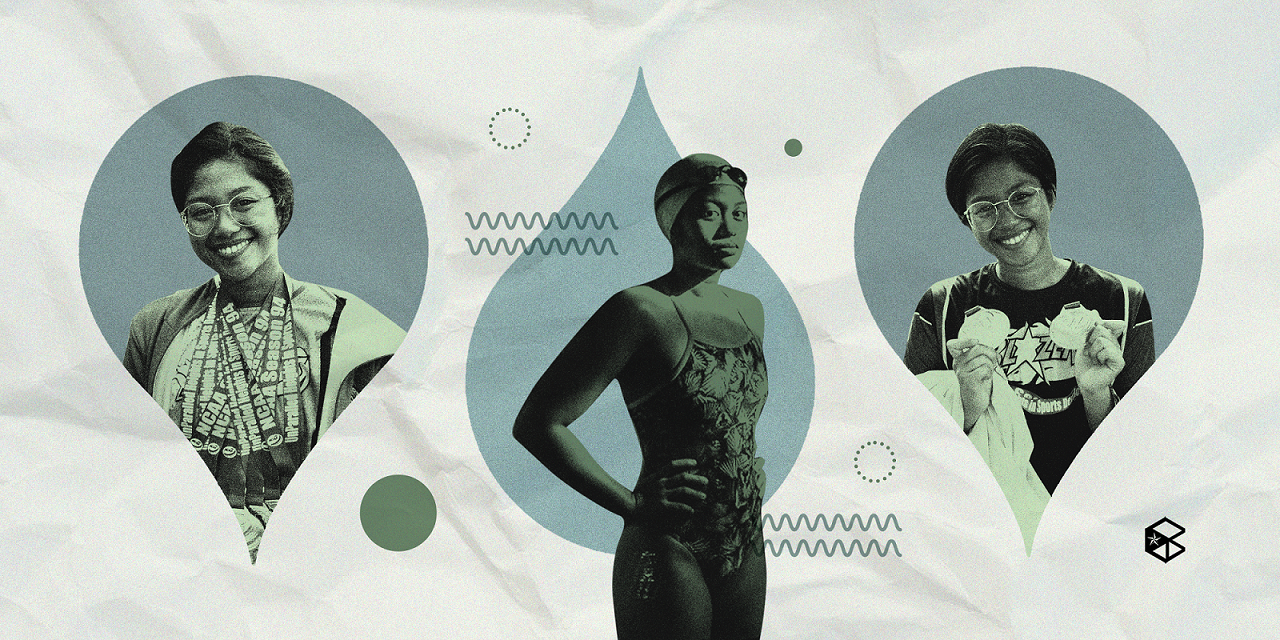 Check out how the Benilde women’s swimming team captain keeps up with her teammates in the middle of a pandemic.

The Benilde Lady Torpedoes team captain from Quezon Province may have struggled to keep herself in condition during quarantine, but with pure hard work and determination, she proves that nothing is impossible.

Coming from a province far away from the metro, ID 118 Hotel, Restaurant and Institution Management (BS-HRIM) major in Hospitality Management student Justine Abastillas shared how her athletic journey started, and how she’s had to adapt to the challenges brought about by the pandemic.

Transferring from a UAAP school from Senior High School to DLS-CSB for college, it took Abastillas a lot of courage to adjust to a new environment and teammates. Although she was a bashful frosh student back then, her teammates helped her get through her first year. “Transferring from another school, malaking adjustment ‘yon,” she said in an interview with The Benildean.

Despite the difficulties, studying in Benilde made her learn a lot of new things, like values from both in and off-campus experiences. Values she had learned from her time in athletics also help her in real-life situations.

“Time management lang talaga,” Abastillas said when asked about balancing her time for school and training. As a student athlete, setting a schedule for academics and training routines helped her greatly.

Abastillas has been playing for Benilde since NCAA Season 94, wherein she earned four gold medals and three silver medals. In Season 95, she was able to take home three golds, two silvers, and two bronzes. With 14 medals in total, Abastillas is still on the run for more despite the pandemic.

Preparations during the pandemic

Being in lockdown for a long period of time did not stop Abastillas and her teammates from preparing for the upcoming season.

“Tuloy-tuloy pa rin ‘yung training namin despite being unable to have face-to-face training,” she said, sharing that her team continued to conduct their training through Zoom. Stretching and core workouts are what they primarily do during these sessions, as they only perform land routines to condition themselves.

Since her province has already lowered lockdown restrictions, Abastillas has been able to condition herself properly and swim everyday to train.

On NCAA embracing the new normal

Despite her determination and upbeat attitude, Abastillas was still saddened to hear that the next NCAA season would have crowdless games and less sports.

However, she was still thankful for the love and support she continues to receive from family and friends.