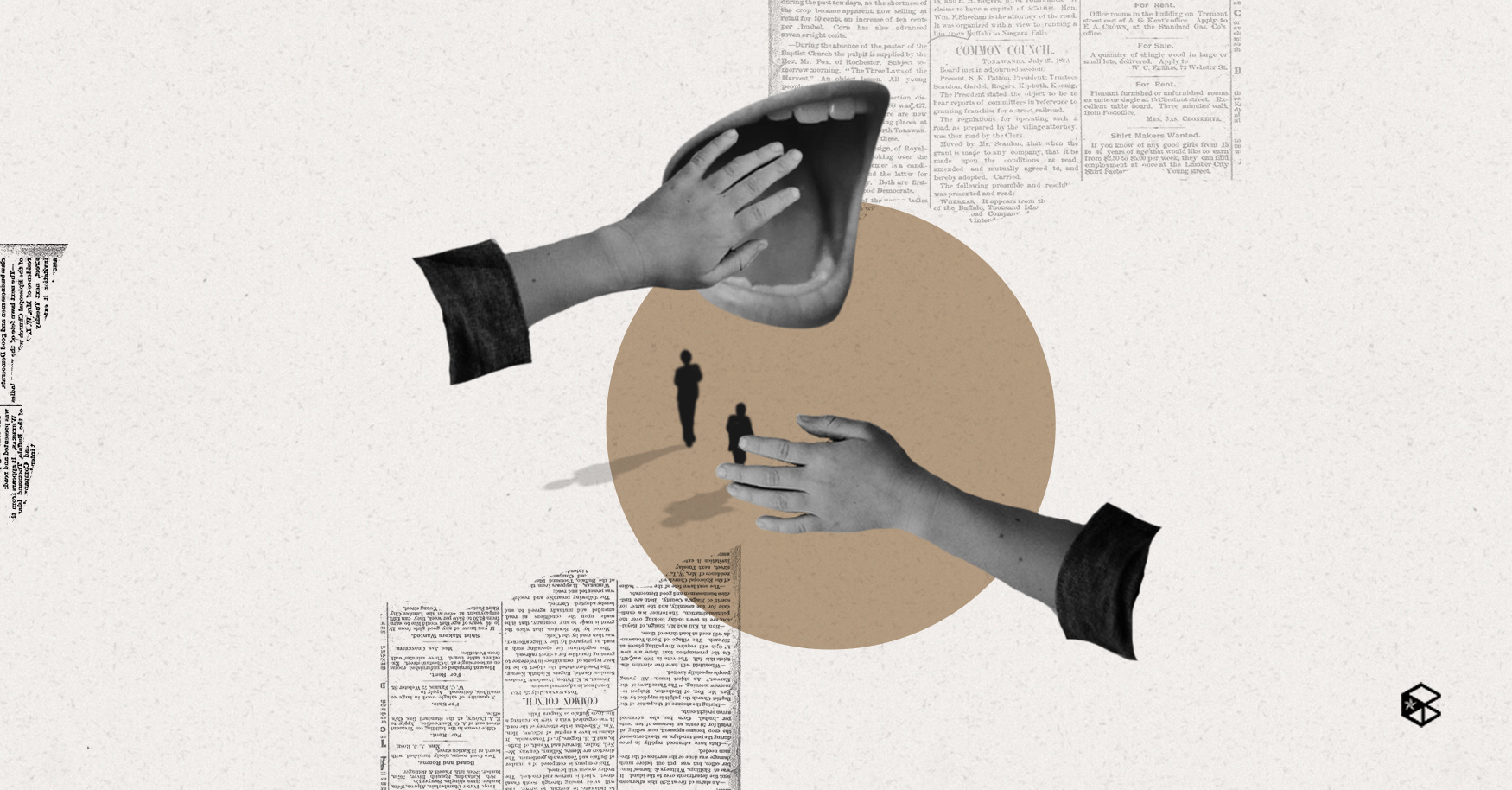 The Writers of This Article Have Been Fired

DISCLAIMER: This is a work of fiction. The events and people portrayed in this piece are products of the authors’ imagination. Any resemblance to actual events or persons is purely coincidental.


Last August 13, 2020, the Belindean Campus Publication (BCP) published an article on The Rauster Art Show for the Homeless (T.R.A.S.H). The art exhibition, which was held last August 12 to September 12 at the Rauster Fine Art Gallery in Bonifacio Global City (BGC), featured work from artists of different backgrounds, each with their own creative takes on different societal issues.

Proceeds from the event were divided amongst the beneficiaries, with 10% of the funds going to charities supporting the Development and Restoration of Unique Grand Staircases and Men Offering Nourishment to Endangered Youth. 80% of the proceeds were donated to the exhibit’s curators and artists, with the remaining 10% pocketed by the Rauster Foundation. [This was only a rumor, remove it.]

The article also highlighted the many artists involved with the event, including one of the more controversial artists, 23-year-old Derek Guzman, whose unique art style depicting unsavory scenes of genitalia and feces to represent a social narrative on the state of the country, has gained quite the cult following. This, however, does not accurately represent the quality of his work. [Guys, I know you’re still upset about the letter, but please try to tone down the negativity.]

The writers of the aforementioned article, Francis Gatuslao and Dylan Melencion, were at the event and had the privilege of interviewing Mr. Guzman in person. In their review, they had made the decision to revolve around Guzman, his background, and his work.

A few days after the article was published, BCP received a very poorly worded letter from Mr. Guzman's legal team, claiming the article contained misleading and possibly “derogatory” allegations against his character. They "very calmly" requested that we create a follow-up article that would also serve as an erratum and a public apology.

Mr. Guzman also threatened to sue the organization should we not follow through with this article. [Do not include this.]

As the organization is sworn to the code of ethical and truthful journalism, BCP is obliged to uphold the truth over all else. Having said this, the writers of this article accept Mr. Guzman’s proposal to bring his true character to light.

BCP would like to issue a public apology to Mr. Guzman for the "defamatory comments" stated in the article titled, “T.R.A.S.H: Excrement On and Off the Canvas.” In light of his threat letter, it has been brought to BCP’s attention that these statements did not accurately represent Mr. Guzman.

Derek Guzman is the youngest recipient of the Artist’s Sorted Series Award, (also known as the ASS Award) [No one calls it that, remove.] He was also one of the first artists who innovated the technique of calling his fans, self-proclaimed “Derektors,” to harass his critics online. [This is backhanded and unnecessary, please remove.] Netizens claim that he even goes so far as to deleting comments and blocking accounts that express criticism and negative reviews of his work online. Studies show that this behavior is often exhibited in those who feel inadequate and insecure. [Source? Why are you even adding this?]

Mr. Guzman is the son of Mr. Chen, CEO of the television production company, XYZ Studios. It’s because of this that Mr. Guzman is well-acquainted with money. Ironic for someone who claims to represent the poor and oppressed, all while pricing his work at hefty sums of over a million pesos. According to our sources, only three of his paintings have been sold all to an anonymous buyer  who we have tracked down to be his mother. [Again, source? I know you’re angry but this is borderline libel.]

Moreover, through further investigation, BCP discovered that Mr. Guzman’s legal team has also sent out similar letters to numerous other publications, demanding retractions and apologies for any negative statements made about Mr. Guzman and his work.

In line with this, the writers of this article would like to extend their formal apologies to Mr. Guzman for being a coward. Furthermore, they would also like to invite Mr. Guzman to [REDACTED].

[THAT LANGUAGE IS OUT OF LINE AND UNPROFESSIONAL, SEE ME IMMEDIATELY.]

EDIT: As of April 1, 2021, the writers of this article have been dismissed from the publication for sneaking in lyrics of the Bee Gees’ “Stayin’ Alive” in an obituary.