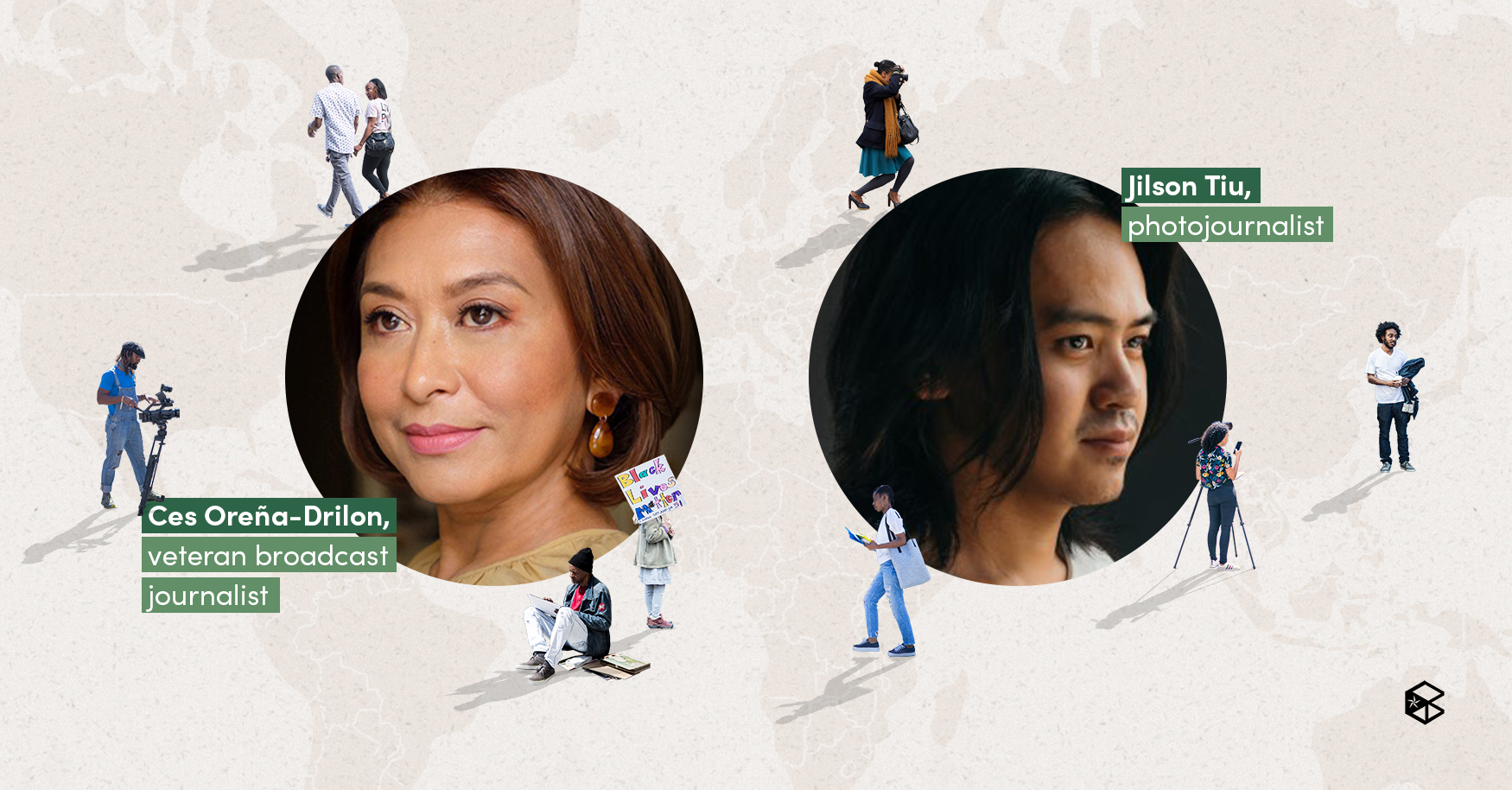 World Press Freedom Day: A state of emergency in a time of crisis

As we celebrate World Press Freedom Day today, May 3, we must remember that at a time of crisis, information is undoubtedly essential.

Living under the circumstances of the COVID-19 pandemic, press freedom solidifies itself as pertinent as ever. For journalists, ethically disseminating the right information should be taken into account. But for ordinary citizens, are we sure we’re getting accurate information?

“It’s important to be able to distinguish facts from fake news. Our citizens should be very careful in what they should believe in.”

Established sources of information such as entertainment and media conglomerates ABS-CBN and GMA, and newspaper corporations the Inquirer, the Philippine Star, and Rappler are beneficial to one’s search for accurate information.

Moreover, Ms. Oreña-Drilon also suggests following the official pages of local government units (LGUs), depending on your residence. Thinking hyperlocal, LGUs can be an efficient source of knowing where to get the vaccine and get tested in your area. More so, these LGUs can be held accountable for their actions and be easily corrected. Accountability is your best friend.

On the other hand, traditional media has and always will be the most credible source. For Ms. Oreña-Drilon, they “are very careful with the information they put out [...] They follow a certain code and there are many checks and balances [...] “They can't just invent stories or purposely put out fake news or propaganda. So that’s why it’s all the more important now.”

Meanwhile, social media platform Facebook has benefited tremendously to those who wish to connect with people, as well as being the major source of information for many Filipinos. However, it has also become a dangerous tool in spreading misinformation and fake news, despite its technological benefits. “It’s difficult for many to distinguish what is true from what is not because they trust the source. For instance, they trust their friend, [a] relative. But the friend or relative may have just been passing on something that they also just got, without verifying whether the source is to be trusted or not.”

One must verify a source of information before passing it on. You can never be too careful nowadays. “We really cannot overstate the need to verify [and] follow only trusted sources,” she says, sharing an instance of unintentionally spreading the wrong information.

“You can be influenced ng mali, ng hindi naman totoo. So all the more that we need a free press.”

Moreover, there has been a climate of fear within the realms of journalism. “That’s the difficulty journalists face nowadays [...] I guess you just have to plod on and be true to your profession.” Journalists mustn't forget their profession, audience, and responsibility to the people. “Mahirap maging matapang ngayon kasi,” Ms. Oreña-Drilon added, stating that journalists must still remember to have courage and bravery at all times.

“Sabi nila na mahirap i-communicate ‘yung press freedom kasi ‘di naman yan nakakain, ‘di naiintindihan ng masa.” However, it’s vital for the public to vocally express their support. After all, “press freedom is the cornerstone of democracy. We’re not a real democracy kung walang free press, if we’re not able to report, to hold power to account, to be truth to power, [and] to uncover wrongdoing.”

As they say, one will never appreciate something's importance until it’s gone. “Kung magising ka at wala ka nang mapanood, wala ka ng source kung anong totoong nangyari, then, marerealize mo how important it is in your life. I think the citizenry has to also be more vigilant, more engaged, [and] more expressive of this need,” she added.

In November 2020, Typhoon Rolly underscored the importance of ABS-CBN's regional networks that have reached remote and far-flung areas in the nation. “Dumaan ‘yung mga disasters, all those typhoons, and nakita nila na wala silang information. Then, you see the impact that press freedom is necessary,” Ms. Oreña-Drilon shared, furthermore emphasizing that press freedom is an avenue for saving people’s lives.

“Public officials may be also twisting information for their own ends [...] Media in the provinces are more prone to being influenced by its politicians, because they’re not paid very well.”

What happens is that many journalists would opt out to venture on block timing in radio. “They're looking to earn, parang they are left to their own devices [...] It helps that there is really a national network or national organization that can also protect and take care of its journalists.

Reminding the people who gain and share information, Ms. Oreña-Drilon expresses that  “we have to be responsible in sharing information. Don’t share something that you did not verify yourself. I think that’s important. By verification, you check other sources, not just one. It’s what journalists do. You have to cross-check from an independent source. We have to be responsible as citizens because we’re in a crisis. We cannot be sources of fake news.”

From the perspective of professional photographer and photojournalist Jilson Tiu believes that “the public needs to know what is happening and what they should know upon seeing the news, and [most importantly], it should be true [...] It’s important to fight for the truth to solve what lies ahead."

In an interview with The Benildean, Tiu shared that "Fake news and misinformation is dangerous now more than ever. It can spread riots across nations, lead to someone’s wrong arrest and misinform people who are looking for valuable and informative information in the COVID-19 pandemic [...] Get the sources only from verified news and do not spread it until it’s been published."

As an individual and a freelance photojournalist, Tiu covers the truth and publishes it, making sure that it is made known to the masses. Through different media outlets covering the same news, it can legitimize the particular news as fact and can help in combating fake news and disinformation.

“Take rumors as a grain of salt and be doubtful about unverified information. If you see it in a lot of verified media, most probably it’s legitimate news,” Tiu says, adding that you must check a variety of sources.

However, journalists also have the power to be in control of the story and magnify a particular perspective. In photojournalism, “a lot of photos are being manipulated and being directed to exaggerate what’s already there [...] There are things that are too good to be true, also bad things that are too bad to be true.”

Assertion and standing for the truth allows the appreciation and acknowledgement for press freedom in the nation. Democracy won’t be able to thrive without press freedom as stated by Tiu, who added that “this is about telling the truth, stating facts. Through those facts and truths, we conclude a general sense of rationale and voice, one of the backbones of democracy.”

“People will be fed by lies and deceit on what the government wants to do about our taxes and problems,” Tiu adds, expressing his plight that the absence of press freedom can lead to dictatorship due to the corruption of power. “This current administration keeps masking the truth and diverting our attention to other things while the real problem lies in front of us.”

Tags: World Press Freedom Day
Tweets by TheBenildean
Printed from https://read.thebenildean.org on 16 May 2021