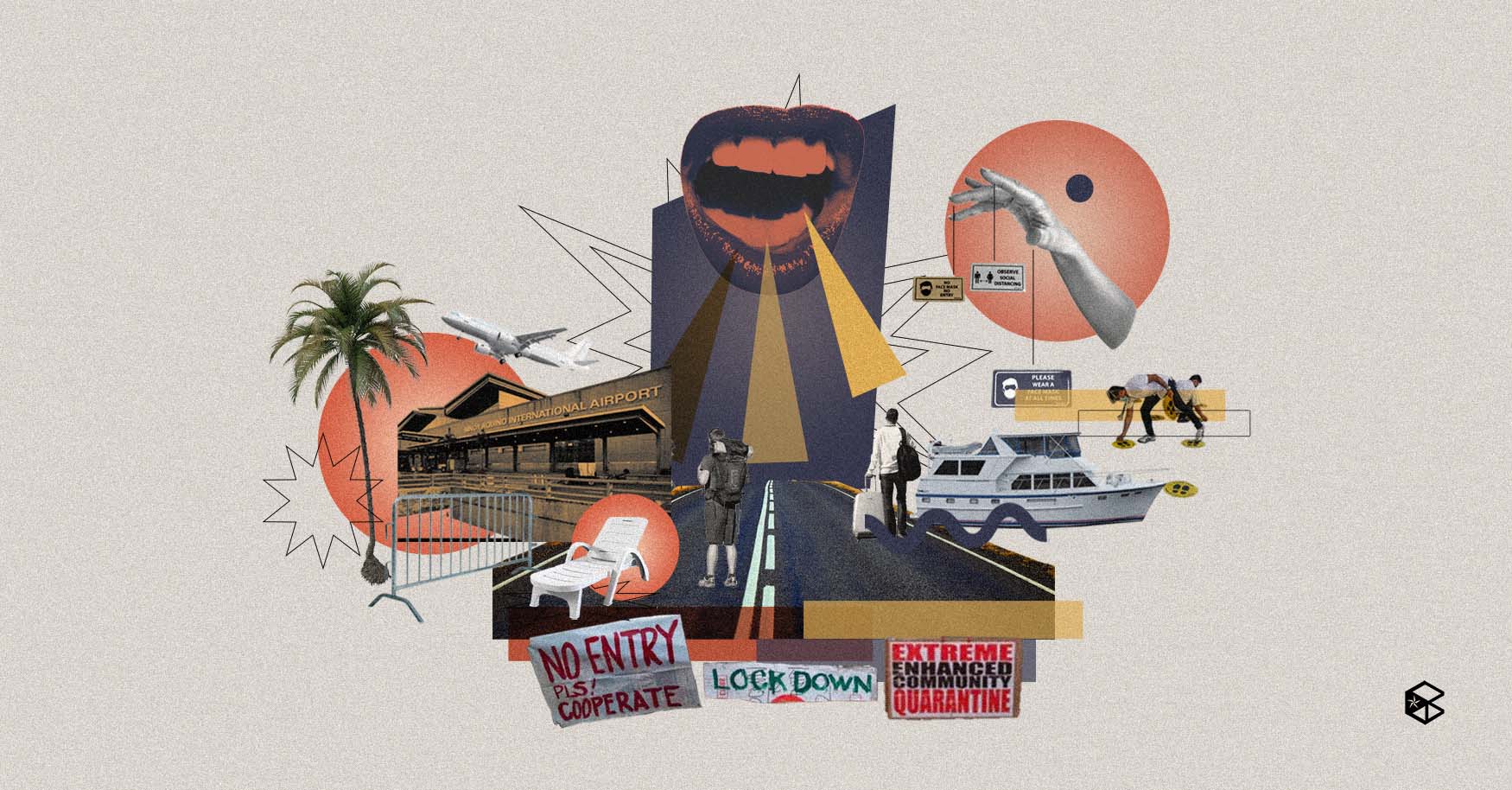 Do you really need to risk other people’s lives just to be “happy”?

As the Philipine Government eases up on local tourism protocols, many people have started to get comfortable, frequently going out for non-essential and plain leisure activities. While social distancing and personal protective equipment are being practiced when going out, it does not excuse one for partying or gathering large numbers of people in one area. Between the social need to be with other people and the physical health of one person and the people around them, the latter must always be the priority.


While vaccines may be ready for administering, and swab tests may seem to always be readily available, keep in mind that these are limited resources; and these are relatively new, meaning there’s plenty we don’t know yet. In fact, American media company Bloomberg estimates that it will take 7.5 years for the world to return to its normal state with the current roll out of vaccines. Even so, the possibility of new strains and variants of COVID-19 is likely as time passes, adding more time to the estimated recovery period. Aside from the current administration’s handling of the pandemic being a slow and confusing process, there exists the issue that Filipinos—influential or from the masses—are getting too comfortable within the pandemic already.

Although it’s not just people of influence who break protocols for leisure, how they showcase such violations does have a much bigger impact on the masses compared to an ordinary person—and aside from being called out online, no one really sets grave enough consequences to push them to not break protocol. From Senator Manny Pacquiao inviting everyone to a mañanita, reasoning that they’ve had everyone tested; the yacht party with prominent Philippine actors in celebration of Patrick Sugui and Aeriel Garcia’s engagement; to Tim Yap and KC Concepcion being fined Php1,500 each for celebrating Yap’s birthday party without social distancing and face masks—these displays of breaking social gathering protocols are only a fraction of what the media gets to see, and what gets called out. Small-scale violations are being committed by many Filipinos right now.

If one were to look at their Instagram and Facebook feeds, breaking protocols are rampant. Not everyone gets called out, but what they do sends a message to their followers that “this is okay,” and in reality, it’s a huge privilege play. It begs the question of: Will it always be the privileged who are able to enjoy being out while those on the other end of the spectrum are in fear of either their loved ones dying or themselves? Will those in the lower classes, those who do not have the means to afford masks or even a house to be quarantined in, be ones to suffer the penalties of breaking protocol

According to Healthline, around 50% of people catch the virus without knowing it; and unfortunately, people don’t actually know the severity of the virus until they are at the receiving end of its worst case—both from worrying about living through it or loved ones living through it.

Although the boom in COVID-19 information posts have been turned into living in the “new normal,” with less posts about how it has taken lives, the virus still very much exists behind the scenes among the medical frontliners who would be at the receiving end of the consequences of one’s complacency and carelessness.

In a journal by Hazel Biana and Jeremiah Joaquin (2020) from the Department of Philosophy in De La Salle University, it addresses the distress of medical frontliners who are underpaid and overworked, even stating that “the Philippine government has rejected the call of the medical groups.”

With the medical frontliners being like everyone—craving for the pandemic to be over, to be back with their loved ones, to be able to enjoy the leisure of life without worry—but working the hardest to keep people alive double time, it’s only fair for every individual who could prevent transmission to actually try to prevent transmission, whether they have symptoms or not, whether they feel fine with the virus or not.

The truth of the matter here is that the world is still in a pandemic, despite no longer being at its peak. Now is not the time to be selfish, but it is the time to look out for others. This is a call to be responsible for your own life, the lives of others, and the lives of everyone involved. It’s not your fault that this pandemic is happening, but you do play a part if it gets worse or not.