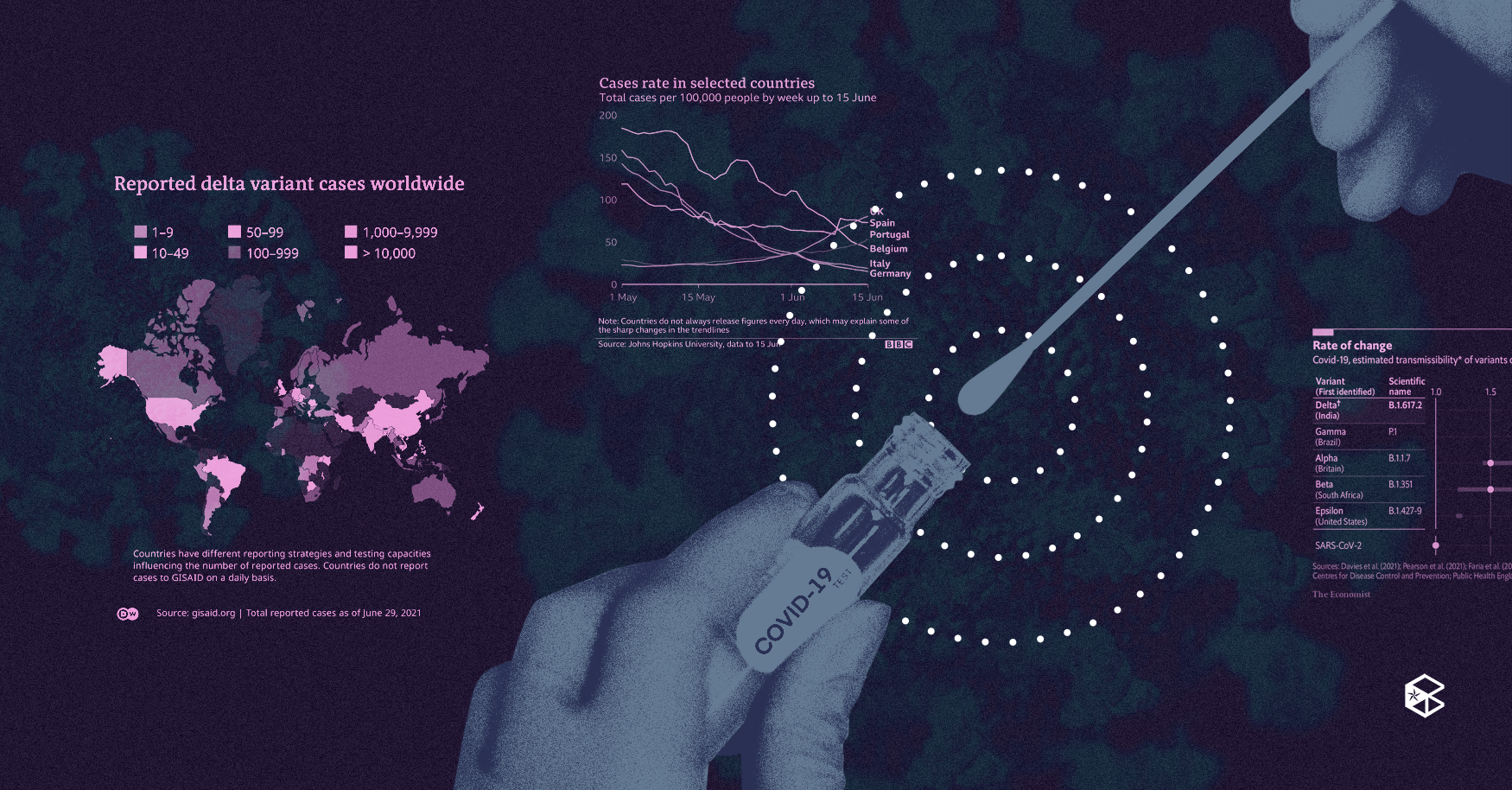 A fast spreading mutation: Understanding the Delta variant of COVID-19

Another variant of COVID-19 has posed a threat throughout the globe; killing its victims faster than other variants.

With an increased 40% to 60% transmissibility rate compared to the alpha variant, the Delta variant (B.1.617.2 variant) is a new threat brought by COVID-19 that paved the way for the coronavirus to spread even faster than usual. Moreover, according to World Health Organization (WHO) chief scientist Dr. Soumya Swaminathan, it is capable of resisting the antibodies in our blood.

This “variant of concern,” as identified by WHO, is known to bind more strongly to respiratory receptors, according to studies. Discovered in India last December 2020, the variant is now detected in more than 100 countries, including India, which has approximately over three million coronavirus cases as of July 9.

Meanwhile, the Delta Plus variant (B.1.617.2.1 or AY.1. variant) or the sublineage of the Delta variant, is known to infect healthy cells through the virus’ spike protein.

The immune system could fight off the Delta variant after the second COVID-19 vaccine dose. However, it can have a potential immunity escape despite getting vaccinated which poses a continuous threat to many.

Nevertheless, the Johnson & Johnson brand of vaccines work effectively against the Delta variant, even with only a  singular dose. According to international media outlet Deutsche Welle (DW), the J&J vaccine showed a high efficacy of 85% and generated persistent activity against COVID-19 variants.

“You need a higher level of antibodies to overcome this variant as compared to the Alpha variant,” Dr. Swaminathan emphasized. “The good news is that all of the WHO emergency use listed vaccines do protect against developing severe disease, hospitalization and death due to the Delta variant,” she added.

Based on UK researchers, Pfizer is known to have the highest efficacy among the vaccines with efficacy rates of 33% from the first jab and 88% from the second jab. Meanwhile, AstraZeneca has an efficacy against the COVID-19 virus that can go up to 60% after the second jab.

Presidential spokesperson Harry Roque announced last June 29 that the Philippines extended the travel ban for travelers from India, Pakistan, Oman, Nepal, Sri Lanka, Bangladesh, and the United Arab Emirates until July 15 to avoid the possible entry of the Delta variant.

Meanwhile, the Philippine Department of Health (DOH) has approved the local government plan to implement “strict” border control to prevent the spread of the Delta variant, which WHO warned has the potential to become dominant worldwide.

As of July 5, there have been 18 recoveries and one death from the Delta variant, reaching a total of 19 cases.

The two cases of the Delta variant came from Filipino migrant workers who arrived from Saudi Arabia, and according to ABS-CBN News, have completed the 10-day isolation period. With this, DOH said that patients have already recovered and have been discharged from the quarantine facility.

With COVID-19 continuously defying the barriers of public safety, its threat calls for everyone to get vaccinated as soon as possible.

Apart from being inoculated, observing the “Prevent, Detect, Isolate, Treat, and Reintegrate” (PDITR) response and minimum public health standards are a must to prevent the highly transmissible Delta variant from spreading across the country.