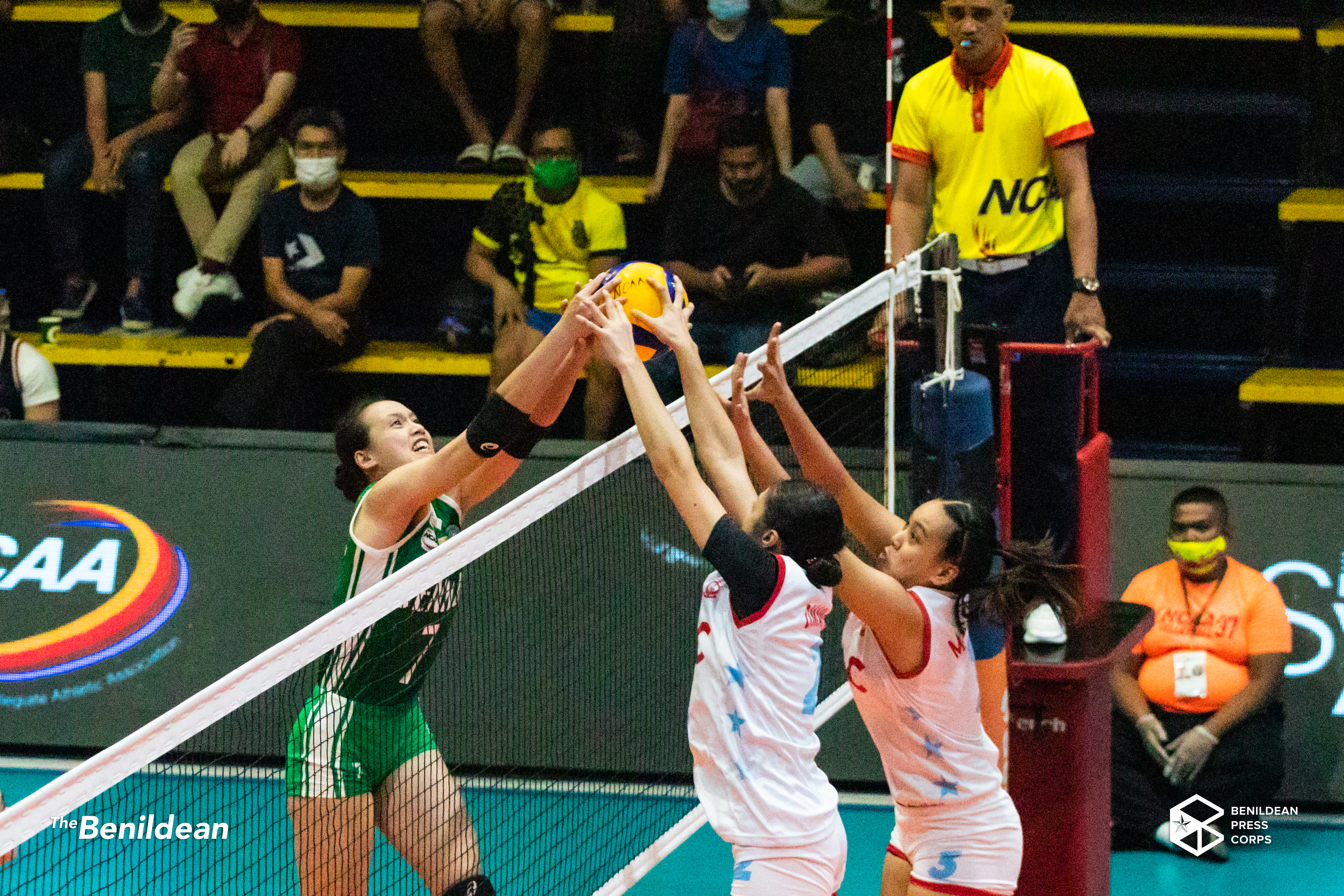 The Lady Blazers stay atop after a blowout win over the EAC Lady Generals in the #NCAASeason97.

The De La Salle-College of Saint Benilde (DLS-CSB) Lady Blazers dominated the Emilio Aguinaldo College (EAC) Lady Generals, taking all three sets with a 25-16 score to extend their undefeated record to 4-0 in the #NCAASeason97 today, June 24, at the Paco Arena.


Both teams came out firing with fierce attacks and excellent floor defense, causing the game to lead back and forth until the first technical timeout. After a short break, the Lady Blazers began to pull away, led by team spiker Jade Gentapa and sophomore Gayle Pascual, who combined 13 of the team's 25 points. The set finished with the Lady Blazers leading by nine points, 25-16.

The Lady Generals fought on, determined to draw the game against the hot and streaking Lady Blazers. However, the Taft squad got out to a fast start with an 8-2 run heading into the first technical timeout. The margin ballooned to 16-5, driven by team captain Mycah Go and co-captain Michelle Gamit, with the team eventually winning the set, 25-16.

The Lady Blazers continued to impress in the third set, gaining an early 8-2 lead that would eventually lead to a 16-7 margin after the second timeout. The Lady Generals tried to rally late in the set, but the lead was already too large to overcome. To put the final nail in the coffin, rookie middle blocker Cristy Ondangan closed the game with a hard-hitting spike, winning the set and closing the ball game to another set score of 25-16

Co-captain Gamit was named player of the match after dropping 11 points with a 69% attack efficiency after going 9/13 from the field.

The Lady Blazers will be facing the Mapua Lady Cardinals on Friday, June 28, at 12 p.m., with a live telecast on GTV, GMA Sports, and NCAA Philippines.