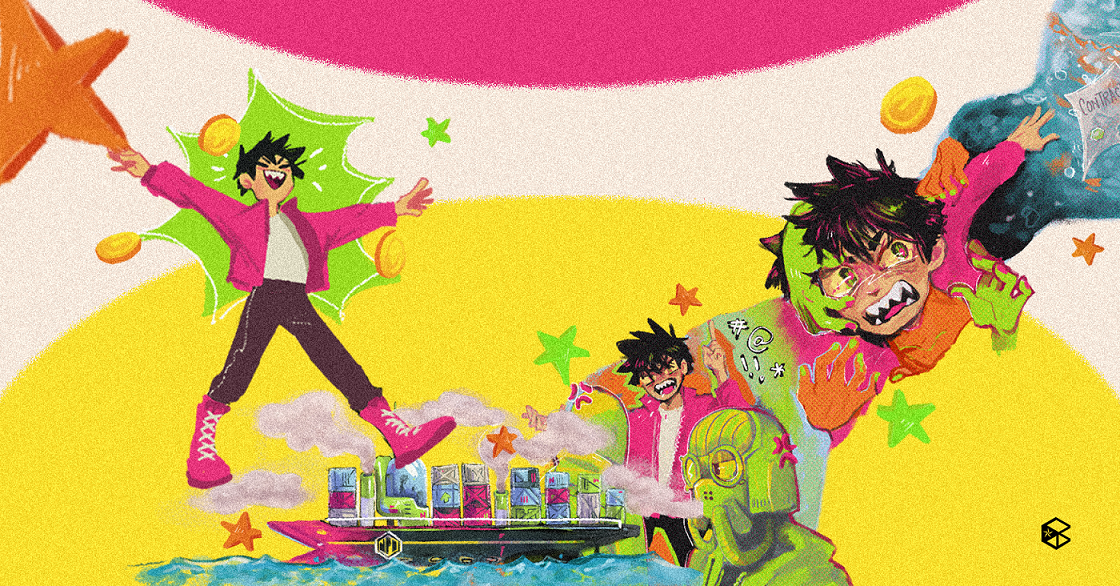 Ownership is sometimes only an illusion; and, most times, temporary.

“No, we need to finish it now, Manuel. We can’t afford to lose any more time.”

Dominic Villalobos trudged through the hot sand in his dress shoes. His skin burnt under his suit, only a hard hat and a pair of Ray-Bans shielding him from the sweltering sun. “I have investors depending on this… and if they pull out because of the delay, I lose money.”

“But sir, it’s impossible to cordon off an entire sea—”

“You do your job, I do mine. If it requires overtime, tell your workers I’m considering extra pay.” With that, the businessman promptly ended the call. He squinted through the glaring sunlight, giving the beachgoers—trespassers—a dirty look. In the distance, he could see protestors holding up strongly-worded placards and some citizens who’ve managed to slip into the beach cheerfully setting up their umbrellas and coolers. He grimaced, letting out an audible sigh of aggravation.

“Can somebody shoo them out? We’ve been here for four hours already, so why haven’t they been removed yet?” He yelled out to no one in particular. His booming voice caught the workers’ attention, to which they evaded his gaze, opting to frantically move barriers closer to the outskirts of the beach, brazenly shuffling through the dry heat of the sand.

Underneath Dominic’s thick shell of hair gel and outspoken personality, was a man on edge. This was his company’s most ambitious project: to claim an entire sea for their exclusive trading route. He felt like he jumped the gun in volunteering himself as the project head, but God, he hungered for a promotion–and this is the very thing that could catapult him towards it. His father’s backhanded comments about how much more “successful” his siblings were started to take a toll on him, and Dominic wanted nothing more than to slap his old man’s maw with documents proving his ownership over the South Pacific sea.

Several protestors eventually managed to topple over a barrier, giving out to a steady stream of people entering the beach. Dominic grew livid, yanking his hard hat off and throwing it in the direction of the crowd. His phone rang again, stalling a scream. “Manuel, I swear to God, this better be good news.” He groaned, his voice shaking from frustration.

“Some outsiders are breaking through on our side of the beach,” Manuel panted heavily, a twinge of annoyance in his tone. “We’re trying to re-establish the barriers, but the sand can’t hold them well. Also, the guys over at inventory called and said that one of the ships had an oil leak. It’s spreading as we speak—”

“And? Why are you telling me this instead of doing something about it? That’s not our priority right now,” Dominic scowled. He could hear a faint commotion at the other end of the beach. He muttered into the phone once more before hanging up, looking up just in time to see another railing crash before disappearing underneath the crowd.

Cursing under his breath, Dominic spread out the rolled blueprint, sand pouring into his overpriced shoes. He refocused his thoughts on the route plan, “Ideally, the ships would go from Sta. Clara and connect to the port in…”

His phone’s ringtone cut into his inner monologue, pulling him out of his calm state, “Manuel, what—”

“Sir, an environmental LGU just told us that the corals in the Isabela area would be ravaged by ship movement. If we get another lawsuit on top of this and the water pollution case along the Central Luzon coast, the whole project might get permanently shut down. It would be best if we halt the operation and re-evaluate our plan.” For a few seconds, there was only silence on the line, save for the faint background noise coming from both crowds. Manuel continued, his voice slightly wavering although firm, “Sir Dom? We might have to call it a day.”

The businessman chucked the phone towards the beachfront, stepping over it on his way to confront the beachgoers. Controlled by blind rage, he began tearing off mounted beach umbrellas and kicking sand into towels as the waves gushed aggressively against the shore. The crowd finally stilled when Dominic hoisted a cooler and hurled it into the sea.

“I have legal ownership of this property!” He held up a contract in the air, alongside his blueprints. His nails ripped a hole into the papers, crumpling them further as his grip tightened. “Get out!”

He felt a hand firmly grab his shoulder, turning him around. In front of him was a lean man. “Sir, I think that’s enough. You’re the one who needs to leave,” The protestor’s steely gaze pierced into Dominic’s eyes. “This has been a public area for years, and what you are doing is extremely selfish and pretentious.”

Dominic scoffed. He could feel the blood rushing into his head, pounding at his ears. His knuckles grew white from his tightly clenched fists, gold rings marking the skin of his fingers. Without a second thought, he grabbed the protestor’s placard and tore a great chunk of the cardboard off. He flung it towards the protestor, shoving him backward after.

“This entire area, including that sea, is min—”

Someone slammed into his back. Before he could see who it was, another person grabbed at his arm. His sunglasses were ripped off his face, replaced by a long, scarlet scratch wrapping around his nose and his cheek. He clasped one hand over the bridge of his nose and swatted frantically with the other.

The crowd started to jostle him, his vision drowned by the swarm of hands reaching out, accompanied by a cacophony of voices. The rough fabric of his suit felt like it was fusing into his skin; he could hear the stitching rip. The chafing from the fabric was the only thing tying him to reality, but he was drowning under his own hellish sea.

His grip on the documents loosened, the contract billowing past the sea of outstretched hands and sweaty bodies. He jerked his limbs, reaching out towards the papers, panic flooding every fiber of his body. “The papers!” Dominic’s eyes were in a frenzy, searching for a way to claw himself out of the crowd. His feet thrashed against the sand, burying his legs deeper in the burning grains. “My money!”

The wind gently placed the crumpled contract on the surface of the saltwater. The water seeped into the torn paper, bleeding out the ink before it began to tear. Wave after wave pulled it deeper until it, too, was swallowed.

Tags: Literary
Tweets by TheBenildean
Printed from http://localhost:3000 on 2 February 2023