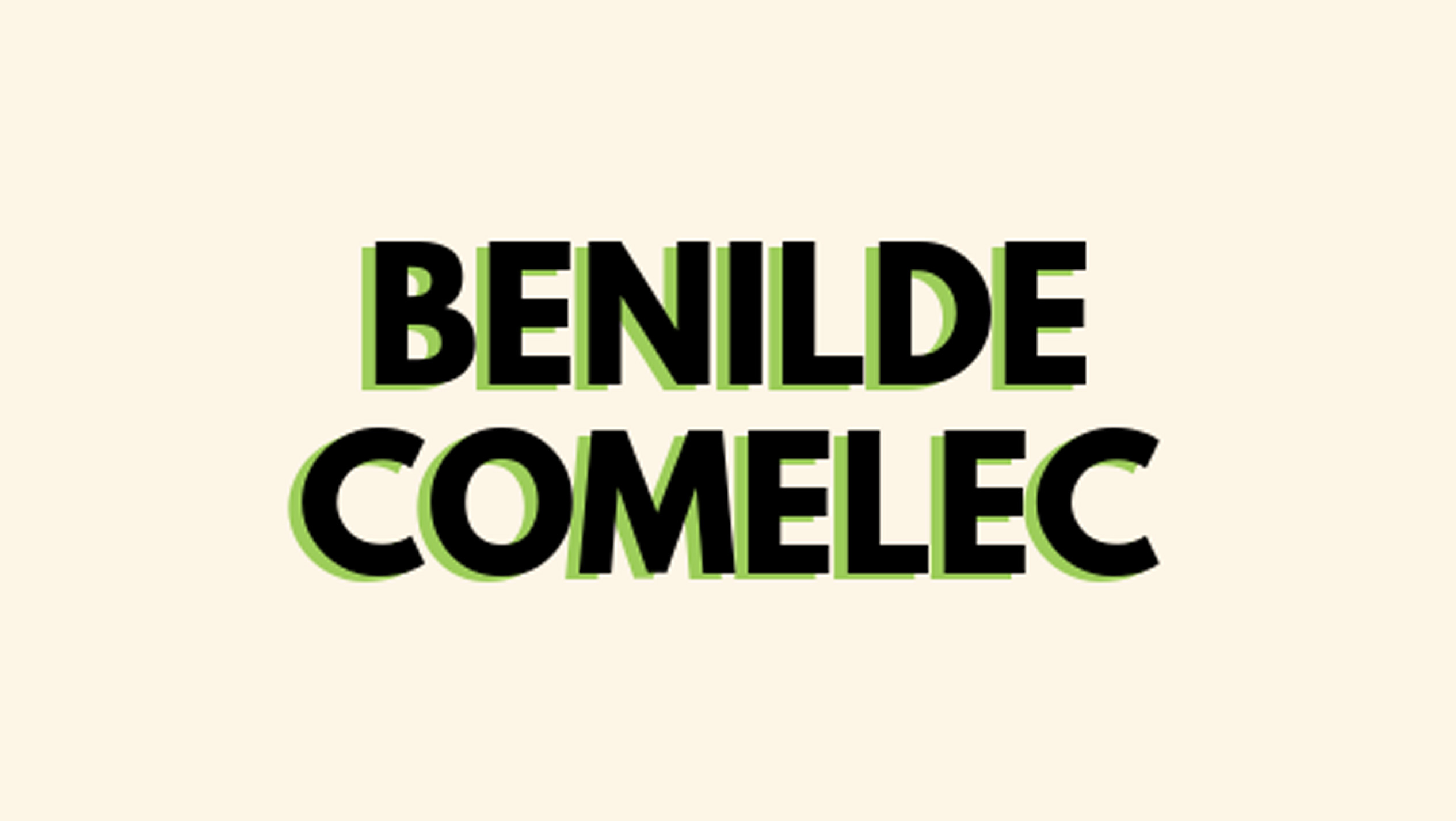 The re-occurrence of the failure of elections caused an uproar between Benilde COMELEC and sole political party applicant ADLAW.

Through their Resolution 19.06 Series of 2019 posted on Facebook last June 22, the Benilde Commission on Elections (Benilde COMELEC) formally declared “failure of elections” for this term’s general elections, stating that it will be moved alongside the frosh elections on the succeeding academic year. 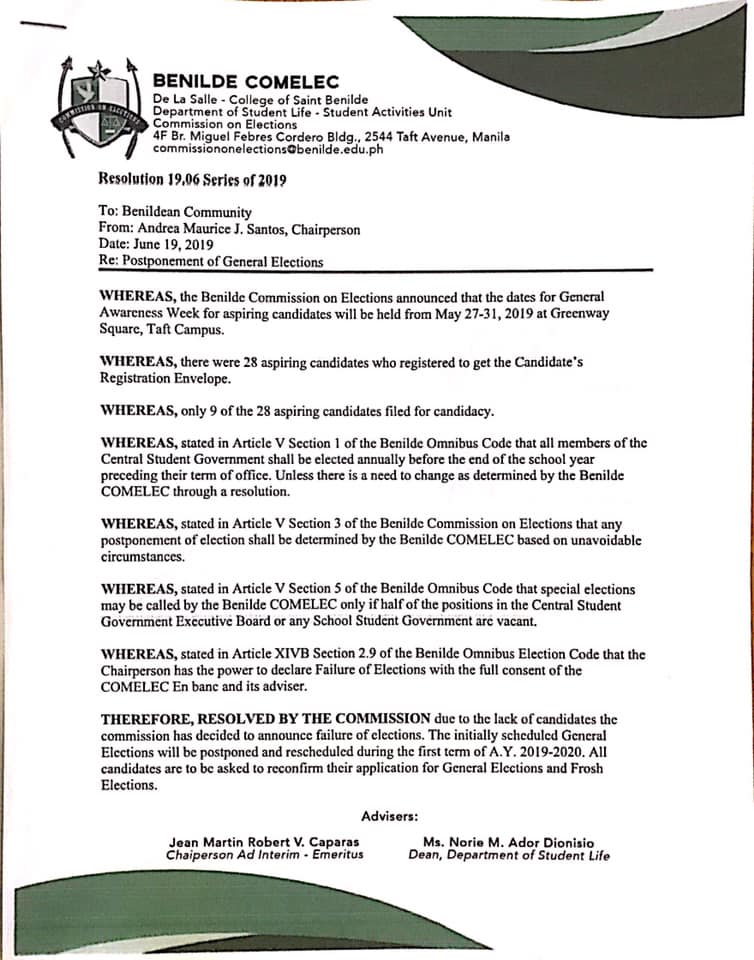 The postponement of the General Elections is due to the insufficient number of candidates that filed for candidacy. Out of the 28 candidates who registered during the General Awareness Week, a period from May 27 to 31 when aspiring candidates garner their Candidate’s Registration Envelope for elections, only nine pushed through; which is not enough to occupy the other positions in the Central Student Government Executive Board and School Student Government. This further led to a call for a special election to be held on the first term of A.Y. 2019-2020.

Moreover, due to the said resolution, some members of the former political party ADLAW pointed out their concerns on their personal Facebook accounts as well.

“As a frosh, I might not be as aware as the batches before me regarding the electoral system; but knowing how evident the failure of elections has become in Benilde, I cannot stand back and watch this become a routine for the future of my batch and the batches to come. The system may not be perfect but it can be improved and as Benildeans, that is something we should stand for,” Margaux Reconquista, the incumbent chairperson of ADLAW and Digital Filmmaking student, stated in a post.

“Your tagline this year is #BeSubjectToChange right? Maybe this could be a sign that something should really change, so failures of election [won’t] happen every year. I know a lot of great students who are destined and meant for the Benilde Central Student Government, and I hope and pray that the process and system of elections in DLS-CSB will improve more in the near future for the future student leaders of the CSG,” he said.

For Santos, she respects all opinions about the COMELEC’s decision.

“I hope that with the decision of Benilde COMELEC to announce a failure of elections due to the lack of candidates, they may respect the commission’s decision and we are currently preparing more intensely a better election season next term,” she added.

Last year’s General Elections was also postponed due to the same reason under the term of Martin Caparas, the former Chairperson for Benilde COMELEC.

Tweets by TheBenildean
Printed from http://localhost:3000 on 27 November 2022