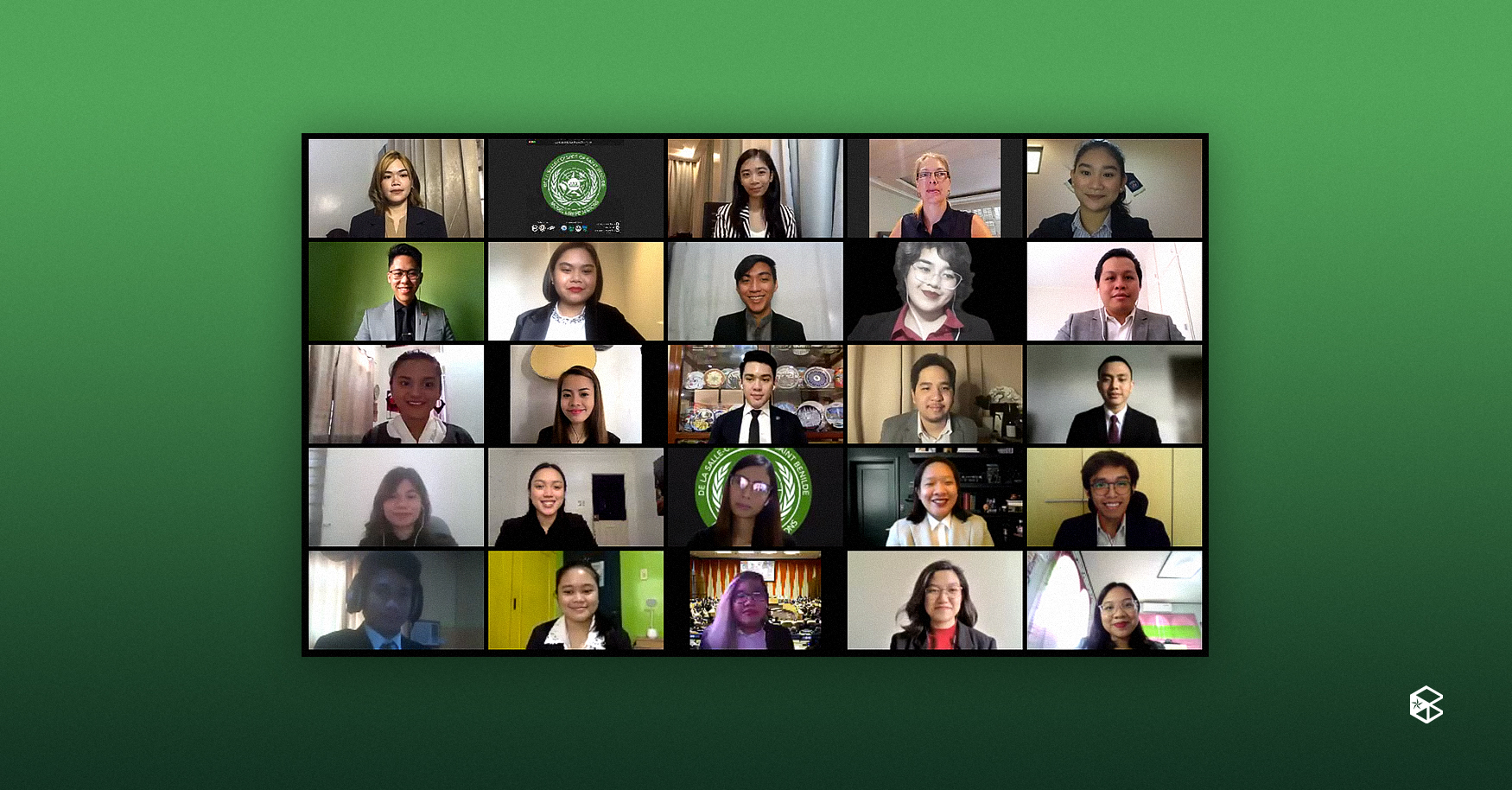 Organized by Consular and Diplomatic Affairs students, the 22nd Benilde Model United Nations (BenildeMUN) spearheaded the the first-ever online conference last March 5 to 6 via Zoom, as Benildean students and nationwide attendees in the field of diplomacy gathered to partake as delegates of UN Member States with the aim to strengthen international ties and seek answers to current global problems.

Guest of Honor H.E. Anke Reiffenstuel, Ambassador of the Federal Republic of Germany to the Philippines, officially commenced the 22nd BenildeMUN through her speech in the opening plenary, highlighting the importance of active involvement of future diplomatic-inclined students in solving current global issues."

“A success means taking responsible action in the interest of future generations. There are many more topics and challenges that need to be addressed and [can] only be successfully tackled by close international cooperation. I am confident that you [students] can contribute and find the solutions for global challenges of today and tomorrow through commitment and active involvement in the best interest of the international community,” she stated.


The first day kicked off with the UNGA, UNSC, ECOSOC and COP UNFCCC dais opening their respective committee session by welcoming delegates and setting the house rules.

In UNGA, the delegate of South Sudan was the first on the speakers list, while the delegate of Thailand later on set their agendas to be tackled by default, namely “Addressing the Rising Threats of Biological Weapons” and “Strengthening Outer Space Law to Suppress Space Militarization.”


Meanwhile, the agendas were set to 2-1 for both the ECOSOC and COP UNFCCC, shifting focus on the second agenda “Building Self-Sustainable Institutions to Mitigate Mass Emigrations among Developing Nations” and “Capacity Building for Low-altitude Areas Affected by Climate Change” respectively.

After a successful first day of delegates setting their agendas, debating, and promoting their countries’ stance and national interest, the conference became busier as unmoderated caucuses were taking longer to cater. Working papers drafted by delegates were then adopted as draft resolutions and declarations (for COP UNFCCC)  at the end of the fifth committee session.

The following are the adopted draft resolutions and declaration by the respective committees:

Aside from simulations and addressing current global problems, the 22nd BenildeMUN has partnered with non-profit organization Kiwanis Club Sunshine of Cavite for “BenildeMUN for a Cause” which aims to launch outreach programs and give learning materials for youth and out-of-school children.

The BenildeMUN is an annual event spearheaded by Consular and Diplomatic Affairs students of the De La Salle-College of Saint Benilde.