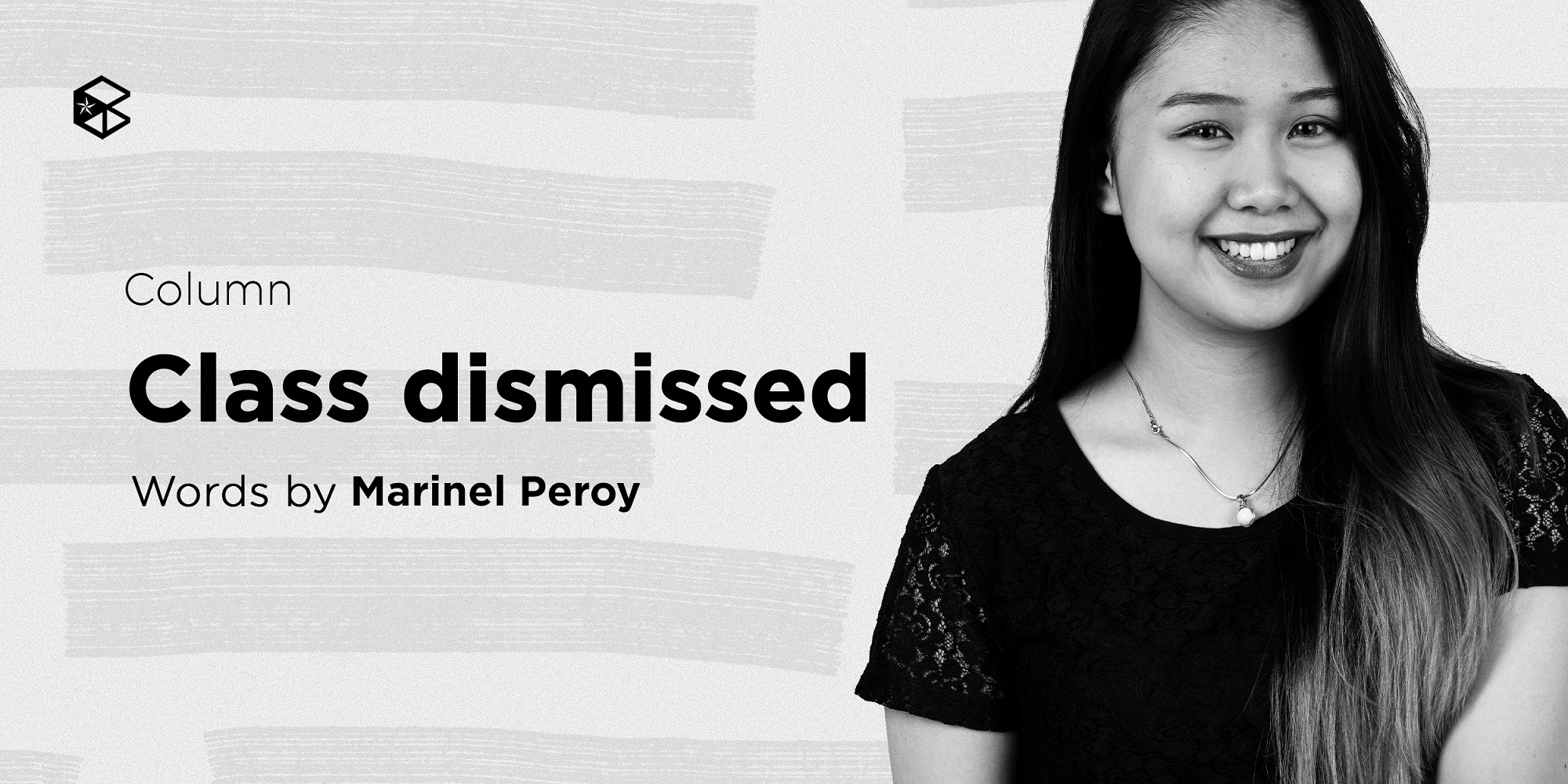 Schools are considered our second homes; but how does one deal with them when they deliberately choose “cover-up” solutions instead of students’ protections?

In Catholic schools, everyone is expected to behave properly as they send prayers to the Patron Saint, follow the dress code and proper haircut, bring a rosary, and attend First Friday masses. Who would even forget scary ghost stories about the school being a former cemetery or hospital? But, what if those terrors are a reality, not with the presence of the dead, but through the living manifestation of students, teachers, and administrators with sinister deeds; by being enablers or predators themselves?

From hearing worship songs and seeing nuns, these memories are mundane encounters to anyone who has studied, or is still studying, in a Catholic high school. Based on personal experience of having studied in a Catholic school for five years, there are some encounters that were more than mundane. There were religious figures who seemed more "demonic" than holy; professors of religion who lacked integrity; and administrators who only focused on school accreditation.

Most Catholic schools focused on implementing rules by prohibiting hair colors, public display of affection (PDA), or vandalism rather than concentrating on the values inside.

While most administrators are heavily observant on minor and major offenses committed by students, they turn a blind eye on sensitive issues. Cases of faculty members that have committed sexual harassment, assault, and corruption are among the heavy issues that educational institutions avoid to continuously uphold its "flickering reputation."

Digging up the buried truth

Posts about sensitive issues have spread online like wildfire when students from Catholic schools like Miriam College asked for a “safe learning environment” through written reports about their harasser faculty members. While having the courage to speak up, survivors share their pleas for justice from victim blaming, as well as challenge schools to “do better” and have “safe spaces for the youth.”

Alumni and current students from various colleges exposed their pedophile professors and rapists. Some shared that they were manipulated, blackmailed, and gaslighted to keep silent as they dealt with the traumas.

According to an article written by Kaira Balcos, a Philippine Science High School-Main Campus (PSHS-MC) student, titled “Protect Your Students, Not Your Reputations,” schools have already “an apparent pattern” on handling such cases.

“From dismissing or covering up student reports to victim blaming, one root of this problem can be traced back to the administrations,” Balcos wrote.

While some students get kicked out for their offenses, some professors and administrators accused of abuse are granted the liberty to be transferred to another school or remain teaching, such as how an Ateneo de Manila University professor was temporarily barred from teaching for a semester due to harassment allegations in 2019.

Other administrators have listened, while some have put the blame on the students. As an alumna of a Catholic school, it’s disappointing how they deal with these outcries. Upper batches have been the ones partaking in action through initiating safe spaces with group discussions, online protests and by reporting the said circumstances into legal actions, particularly sexual harassment cases that are being buried by those in power.

From dismissing to the “bare minimum” due process of actions, this only entails a ringing bell of hypocrisies.

These dreadful stories are just the tip of the iceberg. By standing up and providing support, these masked mentor-predators are to be exposed from their sinful detentions; before other “nightmare” circumstances are marked towards someone. Students must be able to reminisce nostalgic moments, instead of dealing with pent-up emotions from harassment situations.

Let us not join the broken system. If they contradict such values as mentors themselves, one must maintain integrity and courage to fight back. Together, let’s make a movement for #PHSchoolsDoBetter.

This article is also published in The Benildean Volume 6 Issue No. 3: Translate.