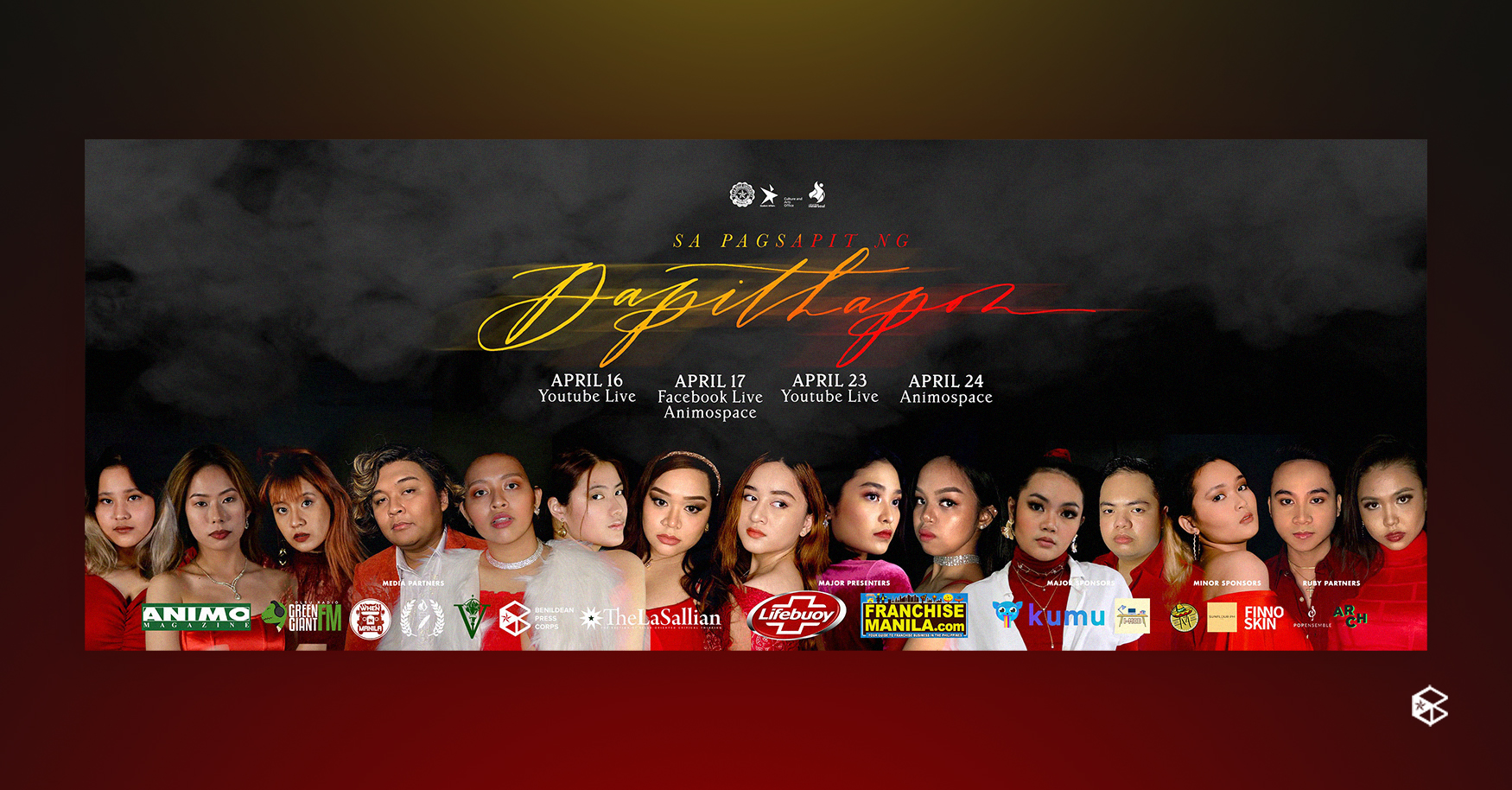 
Shifting from bops to mellow symphonies, the show walks you through different stages of emotions—lively in more upbeat melodies, hopeful in softer tunes, and empowering in the  harmony of each of their individual voices. Each performance offers a different vibe and storyline which makes it further entertaining to watch and listen to.

Tranquility for the soul

With a myriad set of songs, the virtual concert featured original compositions, as well as local and international medleys.

The performers who sang their hearts out all have their own proud and distinct titles which they easily confirmed in the show—John Marco Pronto who sings like no other, the “Sonic Diva” Anna Benitez, the “Crown Princess of Inspirational Pop” Ameera Bejasa, and the “Divine Nightingale” Jeanie Catulay. Other performers included were “R&B Duchess” Charizza Acuña, “OPM’s Golden Robin” Vhianne Ramos, “The Voice of the Generation” Phoebe Cadiz, “Vocal Supreme” Katrina Casia, “The Ultimate Vocal Performer” Karch Abueg, and the “Ballad Songstress” Leira Lopez.

Furthermore, one of their new original songs include “Bibitiw,” which was performed by Benitez, Acuña, Lopez, Bejasa, and Rayhanah Decampong with lyrics by Franz Louise Santos and music by Mallari.

Other notable songs they performed with their own rendition were:

In the Green Giant FM Innersoul Special podcast episode, “Dapithapon” serves as a metaphor. “We want to tell everyone that even with what is all happening at some point of our lives, we can still find solace, at least in music and in the arts,” Bejasa explained.

You need not be disappointed as the whole concert experience will exceed your expectations. Despite its online modality, “Dapithapon” deserves praise for its commendable editing for each song performance.

The talented editors behind these include: Benitez, Pronto, Decampong, Lopez, Leila Caro, Mico Imperial, Emman Rivera, and Samantha Eguia who worked together even with different styles, therefore, creating a very entertaining show.

The show’s visuals seemingly served its purpose to feel like a real-concert experience, despite the shift into virtual platforms. From light technicalities and choreography to the sound arrangements, each performance felt fresh and was able to establish smooth transitions that could have been easily awkward otherwise.

Overall, the virtual concert serves as a platform for a breeze of tranquility even for a short amount of time. Recuperate from the distractions around you by witnessing the astounding performance of DLSU’s Innersoul, which is filled with optimism, empowerment, and hope radiating before your screens.

Tickets are  Php 190 each. Don’t forget to catch the remaining shows scheduled on: