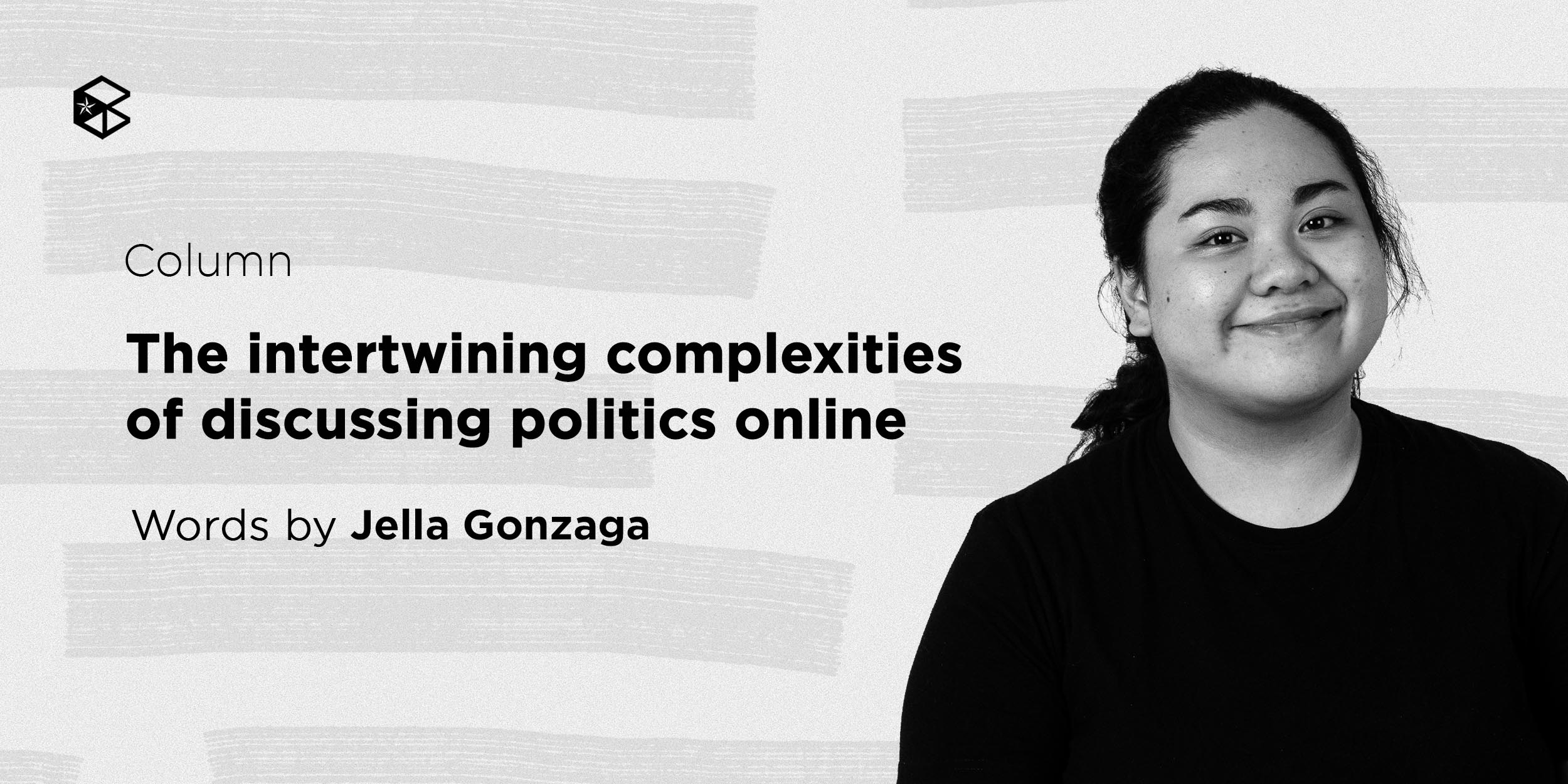 Just because I don’t post on social media, it doesn’t mean I couldn’t care less.

Most Filipinos share their opinions on Twitter and Facebook as news on politics continues to affect the lives of everyone. When some opinions don’t meet eye to eye, it paves the way for immediate misunderstanding. Meanwhile, people who do not post their opinions online, are frowned upon and are called out as apolitical. In all the endless dispute, where does it all lead up to?


A great number of Filipinos are now more empowered to be vocal about certain topics to bring awareness, creating online protests also to be heard like #JunkTerrorLaw, especially at a time when they feel like their basic human rights are at risk. While the intent of their actions should be good-natured, the way they handle discussing issues is questionable, especially when people are immediately labelled as “apolitical” and are “canceled” afterwards.

According to a research titled “Online Shaming’s Impact on Social Media Participation,” “public shaming is a regular part of the political process” and “it ceases to be a temporary mark of disgrace and becomes a lasting inscription of stigma." Call-out culture has been constant on social media and has become the breeding ground for people who demand perfection for everyone else, except for themselves.

It is a common method used online—and political debates are no exception. Oftentimes, it is used as a conjunction with being “politically woke.” Filipinos online judge other people to make a  change, and hurriedly cancel them without thinking twice. After a while, this makes themselves feel good about how “woke” they are for calling people out.

For example, Filipino beauty youtuber Michelle Dy trended on Twitter after explaining why she doesn't react to political issues on her platform. After admitting that she doesn't want to speak up on sensitive topics she is uneducated in to not mislead others, many netizens called her out for "not doing her job" to influence others and for being apolitical. In another instance, an Instagram story of another Filipino received backlash after she talked about how no one cared about others posting baked goods right now, “to read the room” and dictated that they should use their platforms only for posting petitions instead or not at all.

Throwing stones on people you disagree with can only go so far and doesn't do anything but shame them for not having the opinion that you have, disrespecting their belief on what they think is right, and insulting their use of freedom of speech.

How to make better political conversations

It is time that we know how to listen to each other and to actually process opinions without only having the intention of giving our own rebuttal by knowing where the other person is coming from. By understanding the context of the opinion itself, we can create an open-minded discussion without calling out anyone and making them feel bad about themselves.

While everyone is encouraged to be a good influence and to inform others of information; pressuring others to speak up, and invalidating their stand through labels like apolitical and canceling, will only worsen it, making them use their influence poorly. Remember, there are things behind the scenes that we do not know of. They want to share an informed opinion as they know how much their influence holds, and they want to be empowered by what they actually believe in, not what others dictate them to.

It is only in an open-minded discourse that people will be able to broaden their perspective and could change their opinion based on new information, not in arguments where people shame each other.

Instead of arguing, we can encourage each other in raising awareness, and only then can we make a positive difference.

Ultimately, attack the problem, not the person.

The article is also published in The Benildean Volume 6 Issue No. 3: Translate

Tags: TB20, Columns
Tweets by TheBenildean
Printed from https://read.thebenildean.org on 16 May 2021