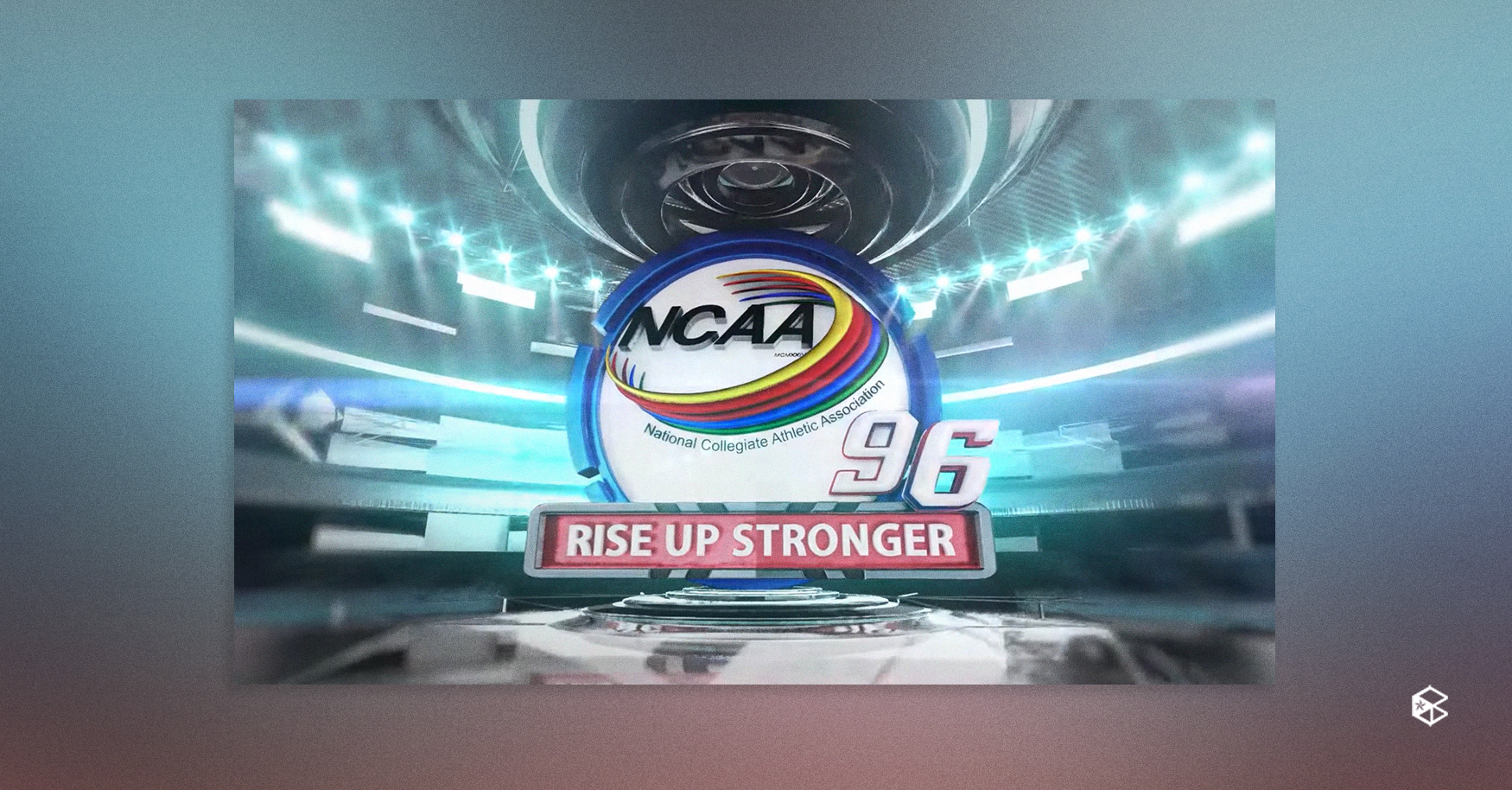 Join Martin Javier and Sophia Señoron as they count down to the opening of the oldest collegiate sports league!

“Rise Up Stronger: The Road to NCAA 96” debuted yesterday, May 23, on GMA TV (GTV) to keep sports fans and athletes up to date and entertained while in isolation. The show brings the NCAA community together to celebrate the league’s legends and new beginnings, as well as bringing audiences exclusive interviews with the league’s most hardworking teams.

The season premiere is hosted by Martin Javier, the season’s sportscaster, and Sophia Señoron, a Bedan graduate and 2017 Miss Multinational beauty queen.

Former San Sebastian College-Recoletos players and basketball coaches Rodney Santos and Topex Robinson were among the first of the season’s personalities to join the show debut on GTV, alongside San Beda University’s Franz Abuda and Colegio de San Juan de Letran’s Jeo Ambohot through video call. University of Perpetual Help System DALTA chess coach Kenneth Rovillos also made an appearance to teach viewers on the basics of the mind-boggling sport.

The show delves into each team’s preparations for the coming season, as well as to get to know student-athletes on a “deeper level.” It also reminisces NCAA’s legends and a brief history of the league and certain sports.

With the exclusive appearance of NCAA Season 96’s Policy Board President and Colegio de San Juan de Letran’s 81st Rector and President, Fr. Clarence Victor Marquez, O.P., STHD in the season primer, he told Javier, “...sa pamamagitan ng paglalaro [at] palakasan, ay makikita natin na magpapatuloy ang buhay, and it speaks so much about hope, the future, and about our life in the new normal.”

After broadcasting giant ABSCBN’s shutdown on May 5, 2020, the NCAA has partnered with GMA for a five-and-a-half-year contract, starting from the coming Season 96 this 2021 until Season 101 in 2026.

Tags: NCAA 96
Tweets by TheBenildean
Printed from https://read.thebenildean.org on 17 June 2021