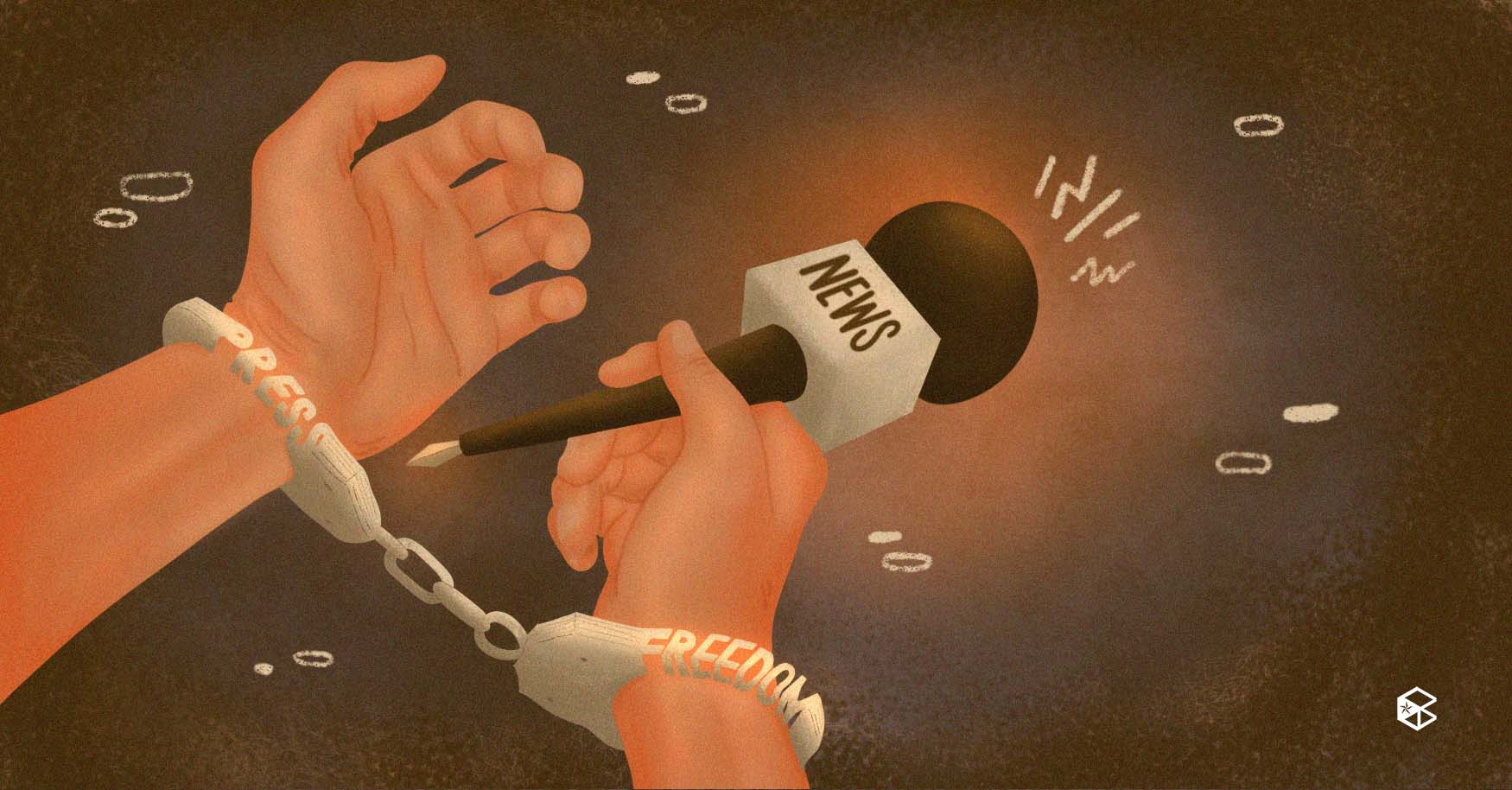 Remembering the role and importance of press freedom during a pandemic

As we celebrate #WorldPressFreedomDay today, let’s ask ourselves: how will we survive without the facts?

Experiencing a continuous increase for the ninth consecutive week, new coronavirus cases spiked to 5.7 million worldwide from April 18 to 25 alone, according to the World Health Organization (WHO). Also, with an increase of 87,000 deaths, world leaders continue to implement new protocols and enhance its healthcare services to mitigate the loss of lives. In order to survive, the public had no choice but to adapt and digest heavy loads of new information while sifting facts from hoaxes—a duty upheld by journalists whose commitment is to comprehensively deliver the truth.


Apparently, various countries are still fixated on reaching full recovery from the virus, while some, like India with around 300,000 new daily cases, are welcoming help from other countries to help drop their cases to zero. More than a year in the pandemic, citizens, especially those under a nationwide quarantine, are still highly advised to follow health protocols and stay inside their homes where social communication and information-seeking usually happens via digital screens.

Based on Data Reportal’s “Digital 2021: Global Overview Report” more than half of the global population are active social media and internet users, with numbers 4.20 billion and 4.66 billion, respectively. In the same report, “finding information” and “staying in touch with friends and family” had been the top reasons for using the internet, with the former garnering around two-thirds of the number of internet users.

In spite of the benefits of internet use, living in an era where misinformation is prominent, it is inevitable that along the surge of coronavirus cases comes the spread of “fake news.” This lethal pair causes an “infodemic” to exist, not only in physical environments, but also in the digital world. Bombarded with overwhelming information, more than 5,000 people were hospitalized due to misinformation in the first few months of 2020 alone.

This is where journalism steps in.

Inoculating the masses on the surge of fake news

The press, being watchdogs of governing bodies and societal issues, provides context and cross-checks the news with facts. Through broadcast media, it releases articles and reports news which debunk and prevent the spread of malicious rumors that impose health and safety risks.

People have died believing that COVID-19 was a hoax. A man living in Florida had lost his wife to COVID-19 after believing in the conspiracy theories—that the virus is only made-up by the government and is linked to 5G technology—which he based off of Facebook posts. Some people even go as far as to drinking alcohol-based cleaning products, due to rumors on the internet that they can “disinfect” the virus. More lives may have been saved if people had trusted the news which had packaged the information to be comprehensible and accurate.

News delivered by the press had been based on and validated by credible sources, such as studies and reports; as well as doctors, scientists, researchers, economists, and other experts. Government announcements also undergo cross-checking, whereas the press may recover pertinent information from past press releases and report insights of qualified experts, when releasing the news, to provide context on a given issue. Anomalies in the government are also being reported to expose those accountable.

Regardless of the source of information, journalism will only remain biased to the truth for the public good.

In the Philippines, a report regarding quarantine extensions includes insights from the Department of Health, research groups, representatives from medical worker groups, and even interviews from citizens, to provide a complete picture of the situation.

Moreover, the press probes solutions through analyzing effective practices of countries, like New Zealand, Hong Kong and Finland, who performed well in managing the pandemic. In turn, other countries may have an idea to formulate policies, treatments and programs to sustain their healthcare operations.

Delivering the stories of and to the public

For the past year, the strand of new information is vast and fast-evolving. Very often the world is introduced to new terminologies, data, and statistics of new vaccines, variants, and healthcare-related data which leave most people perplexed to its implications; therefore, confused on how to respond. With this, the press ensures that the interpretations from medical and scientific experts are digestible upon reporting.

The press is a vessel of news dissemination. It acts as a catalyst and can inform society on quarantine protocols and penalties for violations, and influence them to take corrective actions. Worldwide, it has expanded public health communications, where more in-depth coverage on science and medical information creates informed citizens. As a result, people are capable of discerning their preferred coronavirus vaccines, becoming more health conscious, and complying with the health protocols within their area.

Freedom of the press, being the foundation of other human rights, can empower the truth through presenting “information as a public good,” which is the theme for this year’s #WorldPressFreedomDay. The journalists’ humanitarian aid amid the global pandemic is concrete and reliable information as it has become a basic need for survival.

Inclusivity is valued by the press. The public, including the marginalized and poor, are given a platform to amplify their voices through stories that share their truths. Testimonies and narratives that resemble the current state of a nation, from topics on discrimination, inequality, government incompetence, to criminal cases, constitute the reality which journalists provide in line with the truth.

Through the press, the world had seen the struggle of humanity all together: from the plight of frontliners, high hospital utilization rates, to cases of discrimination. Similarly, it had covered the world’s unity: from the increasing support for the LGBTQIA+ community and people of color, community pantries, to volunteerism on COVID-19-related services amid the pandemic.

At this point, when the world is infected with false news and press freedom is being threatened, journalism doubles its effort to deliver the truth since acting upon misinformation is as deadly as the virus itself.