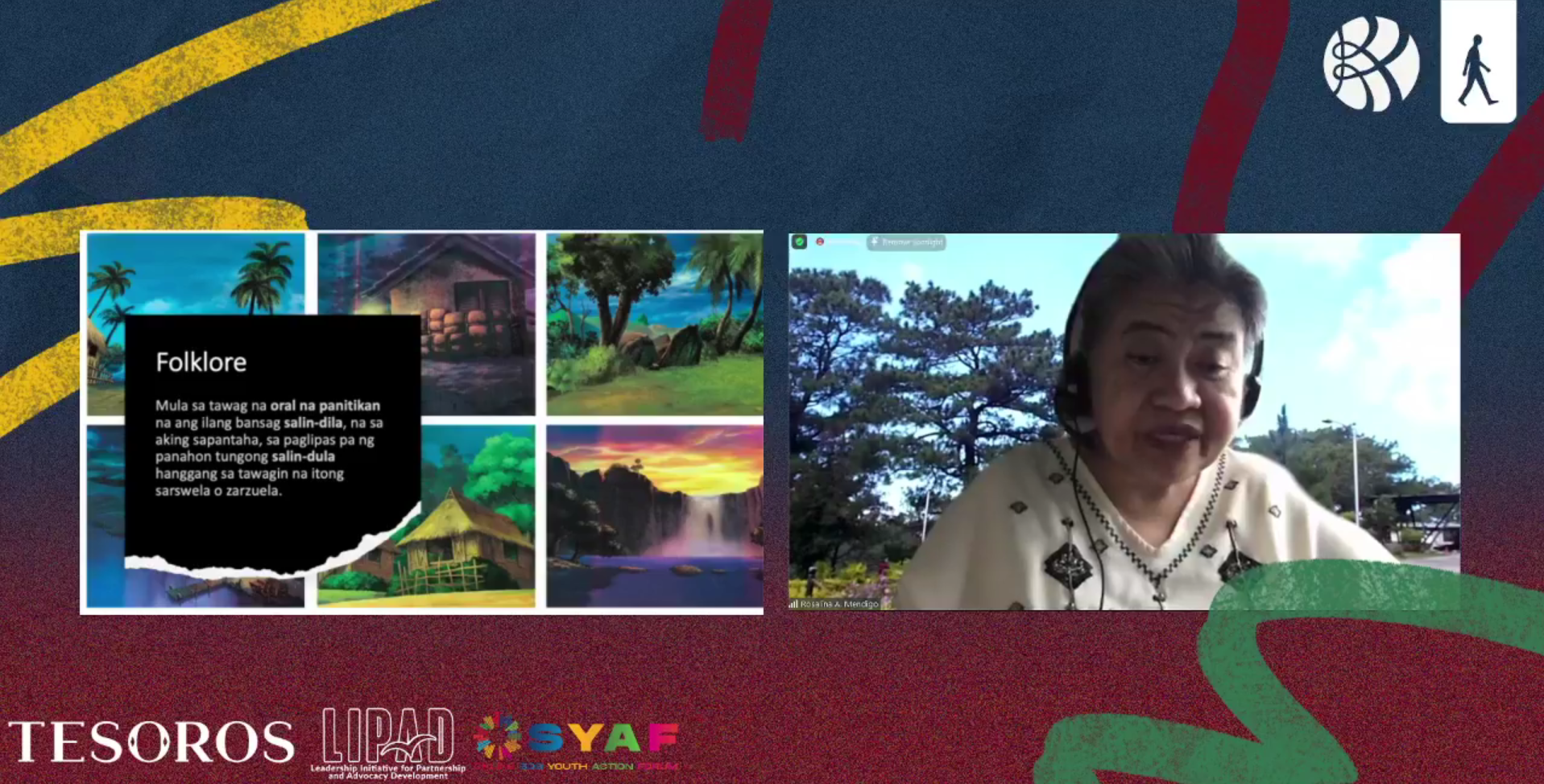 In celebration of this year’s National Heritage Month, Filipinos around the globe were presented an opportunity to celebrate Philippine culture and heritage through AIESEC UPM’s “Kayumanggi: Celebrating the Identity and Heritage of the Filipino People,” a three-day online event on May 27 to 29.

Kayumanggi Project Head Andres Manuel III welcomed the delegates to formally open the event with a message, hoping that the event will sharpen the new generation’s mindset, emphasizing that being a Filipino should not be something to be ashamed of.

On its first day, the event formally kicked off with “GUNITA: Unearthing Yesterday’s Gems,” engaging in the question of who we are as Filipinos. As Vice President Leni Robredo shared in her opening remarks, “Today’s event is not only an opportunity to celebrate our heritage but to reflect our continuously changing identity.”

Exploring the Filipino pre-colonial history and folklore, UPM’s Chairman of the Department of Social Sciences in College of Arts and Sciences Jerome Ong discussed the search for the prehistoric Filipino identity through a tour of various prehistoric sites and artifacts. While University of the Philippines Baguio (UPB) Wika, Panitikan, at Pagsasalin professor Dr. Rosalina Aragon Mendigo unraveled the diverse folklore of Pangasinan.

As these roots were passed down from generation to generation, is it possible that some of these cultural elements were lost in translation?

With “DIWANG: Celebrating Filipino Heritage Through the Years,” the second day started with a session defining the word “pamana” or heritage, and expounding on the evolution of the Philippine pop culture.

But what does it mean to be a Filipino today? Mr. Aristotle Atienza, a professor at the Department of Filipino in the Ateneo de Manila University (ADMU), attempted to answer this question by moderating a cross-cultural space panel discussion on “Mythbusters: Paving The Way To Truth.” Mr. Atienza observed that identity isn’t fixed, for it is constantly slowly growing. Therefore, “identity is very much alive.”

Moreover, a film-viewing of the award-winning 2016 documentary Sunday Beauty Queen was moderated by Director Baby Ruth Villarama. The film sheds light on the various struggles of Filipino foreign domestic workers in Hong Kong, escaping their day-to-day lives by joining beauty pageants on Sundays—a way to find happiness in their onerous reality.

The film-viewing was followed by a culture night which capped off day two, hosted exclusively for the delegates of the event. Participants were given the opportunity to showcase their different talents and interact with fellow delegates.

On the third and final day of Kayumanggi, “KAUGMAON: Moving Forward as One” commenced with “The People’s Archive,” a session featuring a number of Filipino speakers discussing a range of social issues that we face in the present.

Filipino anthropologist and cultural historian Dr. Fernando Zialcita led a discussion on sustainability in the Philippines, Ateneo’s Department of Filipino faculty member and film writer-director Dr. Alvin Yapan talked about Philippine culture in film, and Filipina actress Shamaine Buencamino spoke on her personal experiences as an actress and as a mental health advocate.

Moreover, participants were surprised when guest speaker and Filipino actor Jericho Rosales took to the stage to discuss his humble beginnings in the entertainment industry and what he’s learned throughout his career.

Towards the event’s end, awards were given to the delegates who joined the “Kayumanggi Competition: Kahusayan ng Pinoy” by judges Ms. Tricie Mendoza in the Visual Arts Category, Ms. Nicole Joslin in the Performing Arts Category, and Mr. Jose V. Orgatis in the Literary Arts category.

Serving as an afterparty, a benefit concert streamed live on Facebook, celebrating Filipino artistry with musical performances from various OPM artists in an avenue to support their beneficiaries: the Liyang Network and the Sabokahan Community.