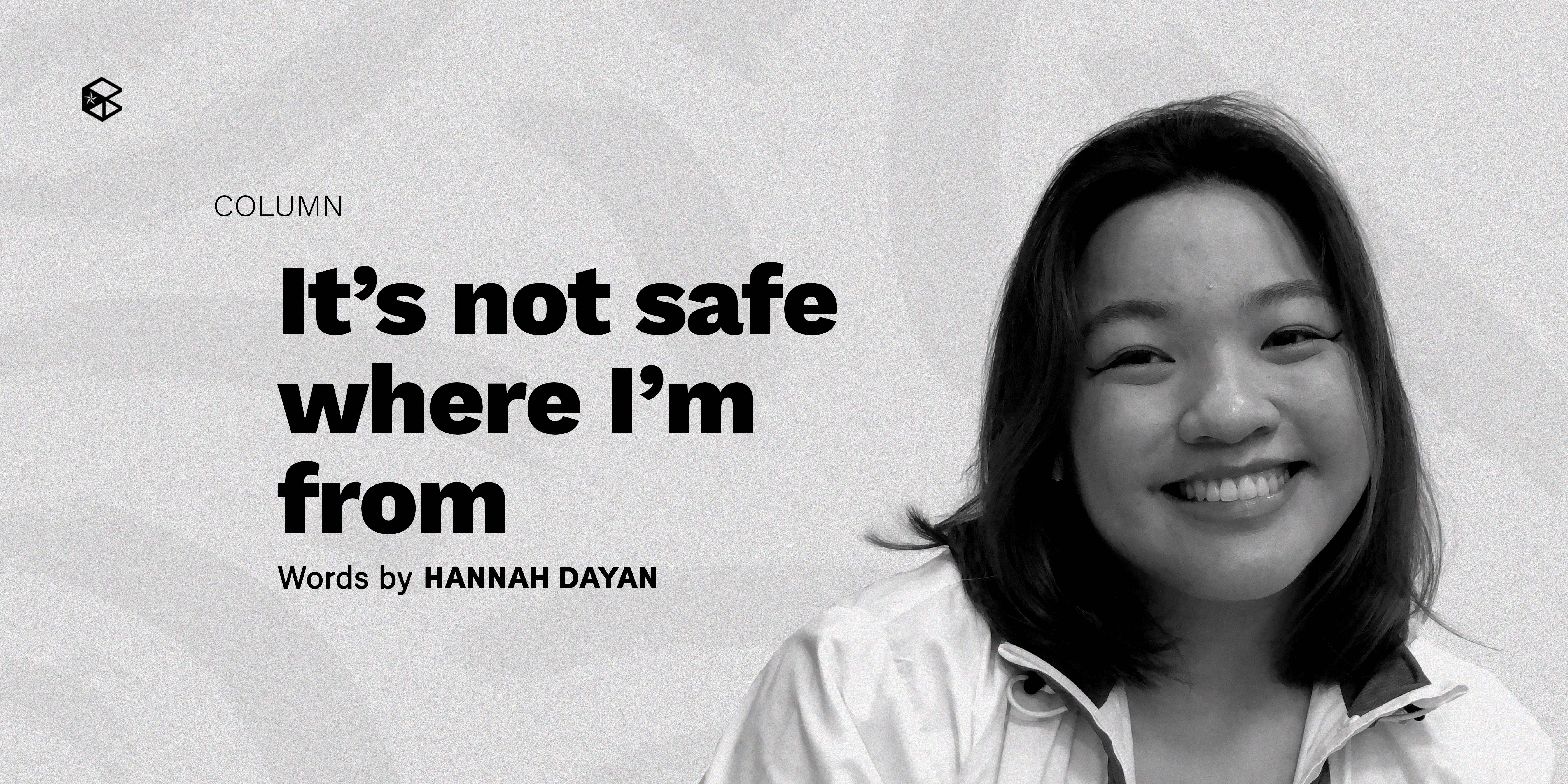 It's not safe where I'm from

In a country where police brutality is a common stance, how can Filipinos trust law enforcement for their safety?

The Philippines has encountered numerous forms of abuse from military forces through the years. The likes of ex-soldier Winston Ragos’ death as well as the maximum and brutal security for “political prisoner” and mother Reina Nasino during her three-month old baby’s funeral are not isolated cases of police impunity. As these sparked criticism during lockdown, we wonder, how many times have the police abused their power?


In the first two months of the Enhanced Community Quarantine (ECQ) alone, the Joint Task Force COVID Shield recorded over 150,000 quarantine violations with 9,209 fined and 38,817 arrested. Cops were also able to arrest violators without warning under the Bayanihan Heal As One Act of 2020, leaving the public vulnerable to abuse.

Forces built on impunity and mistrust

Enabled and perpetuated by the powerful, police brutality is dangerous to the dissenting and the powerless. It allows for unsympathetic public servants to take advantage of ordinary Filipinos, such as the oppressed, the poor, youth activists, and journalists.

The December arresto aguinaldo “initiative” by Cebu City Police caused controversy as they tried to prank locals into being brought to jail, only to offer them gifts to celebrate the holiday spirit. While the police took their action differently, Bayan Muna Representative Ferdinand Gaite expressed that “...This ill-conceived gimmick brings chills and causes unwarranted stress and shame to its victims, people who might already be under a lot of stress due to the pandemic and the bad economy.”

Long before the pandemic happened, police brutality has always been present. During the start of the infamous drug war, several abuses by forces were somewhat legalized, including a shoot-to-kill order from President Duterte himself to immediately catch drug users. Furthermore, the police force’s involvement in cases of sexual harassment, murder, or planting of pieces of evidence creates an environment of mistrust with the people they vowed to serve and protect.

In December 2020, killer cop Jonel Nuezca shot his neighbor and her son—Sonia Gregorio, 52, and Frank Anthony Gregorio, 25—in Paniqui, Tarlac. The murder was instigated by a holiday noisemaker and was caught on film and posted on social media. Cases like his are short of unfamiliar and should not be tolerated.

If the police continue to endanger us, how can they earn back our trust?

Law enforcement officers have an extensive power which can be used to violate human rights of ordinary citizens. The Philippine National Police Ethical Doctrine states that all members of the force must maintain “utmost responsibility, integrity, morality, loyalty, and efficiency” in protecting and respecting human rights. In order for them to effectively protect Filipinos, they should put aside their biases to stop attacking the most vulnerable sectors of society. Hence, use their power for the good of society as a whole.

Dissent is not a crime

As police brutality becomes more and more violent, so does our involvement in addressing this problem. It is time we recognize that police and military forces should not be treated above the law. Their violations against human rights must not go unpunished, and they shall be held liable for their imprudence against citizens.

The Commission on Human Rights (CHR) consistently condemns the police’s continuous brutal force, calling for them to practice restraint and act proportionately, so as to minimize damage and injury. While CHR independently investigates cases related to police killings, they call on law enforcement to stop the “brazen and senseless” act.

Even though isolated, we must collectively remain vigilant and voice our dissent regarding such ruthless behavior. We must not wait until the 2022 elections to put public servants and their dominant influence in their places; we must continue to stand our ground until we are heard.

We have suffered decades of police impunity, and now is the time to recognize that enough is enough.