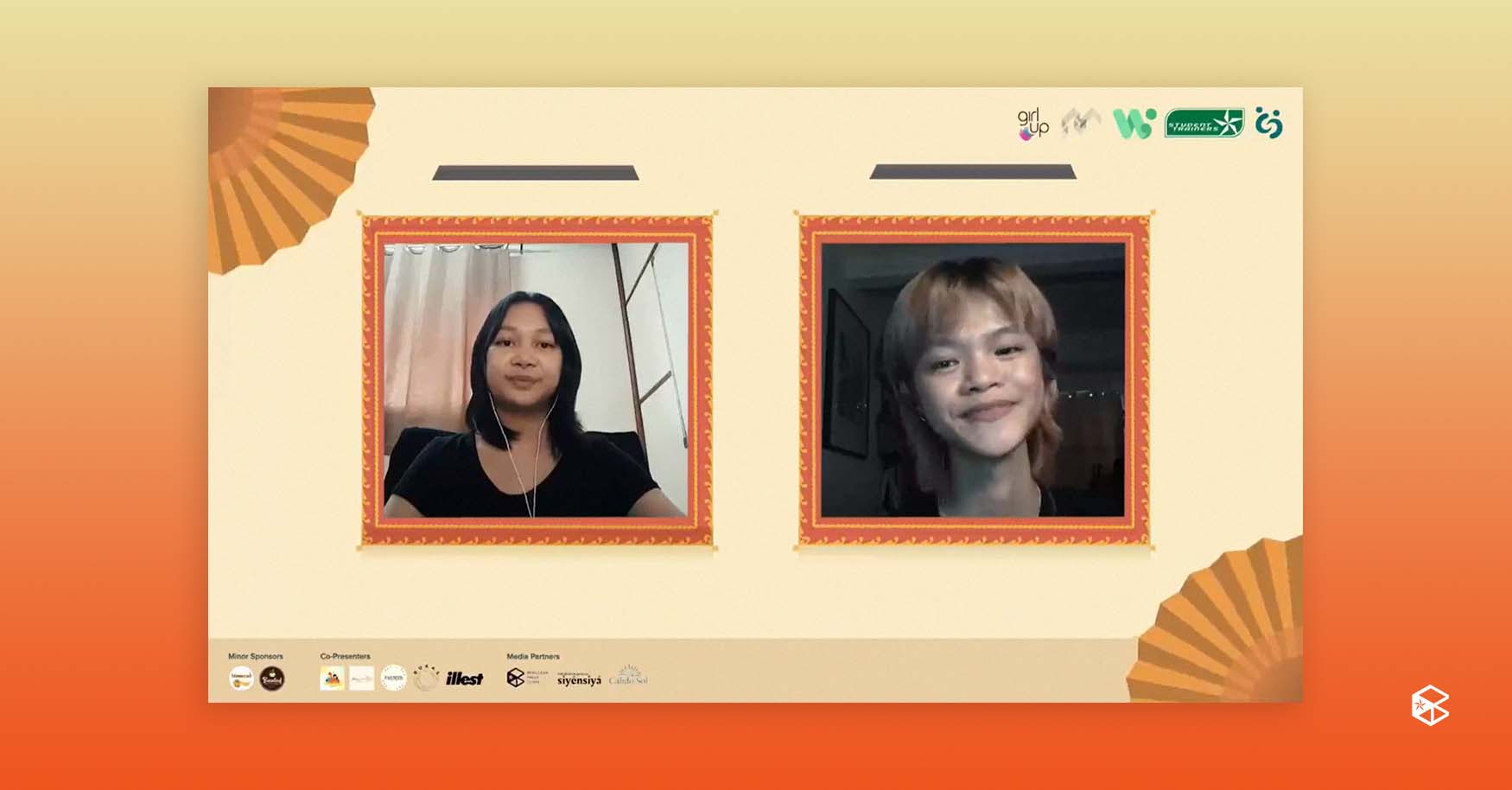 “As long as nag-e-exist ‘yung economic conditions and political conditions na ‘yun, magiging ganito ‘yung kalagayan ng mga kababaihan—’di siya (women) magiging free from all of these oppressions na meron tayo ngayon. We need to stand up and change the kind of system that binds all women into the modern-day slavery.” - Atty. Maria Sol Taule, National Union of People’s Lawyers

Driven with a purpose to raise awareness and empowerment of Filipino women’s roles and importance in various fields toward nation building, the College’s Student Trainers (STRAINS) concluded their advocacy week event titled, “#WeCan” via Zoom and Facebook on May 27 to 28, 2021.


Organized by STRAINS, this two-day event recognized the urgency and importance to raise gender equality issues and the underrepresented women rights and struggles in order to  form a socially responsible Benildean community that will put an end to the existing oppression in our society.

According to #WeCan2021 Project Head Chi Delos Santos in an interview with The Benildean, there are many themes they wanted to advocate for during the planning of the event, including Lumads, jeepney drivers, fisherfolks, and women. However, they chose the latter one as it was more general, and it also advocates for the women who are under the aforementioned sectors.

“With women in the minorities in mind, we decided upon the theme that recognizes the roles of women in society, specifically the underrepresented and oppressed. We believe that this will serve as an avenue to deepen and broaden people’s understanding of the current situation of Filipino women in different fields,” Delos Santos said.

“Modern Filipinas are on the rise. She does not let social norms restrain her. She knows how to stand and fight for what is right, and she is ever evolving. To fight against unequal treatment and perceptions, we must start changing our mindset and put an end to creating biases and illogical social constructs that go against one gender or another. We need gender equality. We need to be treated with dignity, respect, and fairness for the betterment of the society," #WeCan2021 Assistant Project Head, Ching Tresvalles, added in an interview with The Benildean.

Commencing the official event with #WeCanEnlighten: Lathala Para Sa Lakambini was the virtual launch of STRAINS’ accessible E-Magazine titled “Paralaya: Abante, Babae” last May 27. The E-Magazine contains artworks and poems from Benildean and non-Benildean artists and writers highlighting the theme “The Struggles and Triumphs of Women.”

The second event titled “#WeCanEngage: Hangarin ng Binibini” was done consequently as a roundtable discussion among the invited women who made a difference regarding their insights and experiences on the roles of Filipino women last May 28 via Zoom.

Atty. Taule and Ms. Tong spearheaded the first half of the discussion highlighting the history of the struggles of women being undermined in society, and how women fight towards the advocacy of feminism.

“Feminism is all about representation of diverse identity because we are given a chance to be represented, we are finally being seen as a person standing,” Ms. Tong stated.

According to Atty. Taule, the problem of women oppression dates its roots back to the history of “unequal political and economic rights” with the formed “backward, conservative, feudal, and patriarchal society.”

“As long as nag-e-exist ‘yung economic conditions and political conditions na ‘yun, magiging ganito ‘yung kalagayan ng mga kababaihan—’di siya (women) magiging free from all of these oppressions na meron tayo ngayon. We need to stand up and change the kind of system that binds all women into the modern-day slavery. […] We really need to educate people na as long as the conditions that perpetuate this kind of injustices ay nandiyan, ganito parati ang magiging lagay at katauhan ng mga kababaihan sa lipunan,” Atty. Taule emphasized. She further explained the differences of workplace benefits for men and women, tolerance of misogynistic politicians, existence of undermined women in minority, and early marriages of young women in the province and the existing taboo that women are made to serve men.

As a transgender person in the workplace, Ms. Tong shared her struggles and realizations as a woman. “I’d like to think that my existence itself is already an act of rebellion. […] I think just being confident and brave to be in a society (is a sense of a fight amidst the conservative beliefs). Totoo talaga ‘yung discrimination sa pagiging babae. […] Kailangan talaga ng courage to exist and to voice out,” she added, adding that it is quite a big fight since architecture is very a patriarchal industry. In addition, Atty. Taule commented on how religion plays a role in some people’s homophobia.

“I honestly think that as modern Filipinas, there is no ideal modern Filipina, there is no ideal woman we should be aspiring to be. I think that a modern Filipina is somebody who is being taught that she is worth a lot more than she thinks she is and somebody who has dreams and aspirations and is looking to adapt to a new world...Although we’re still in a system that is constantly against us, although we are constantly locked into a system that doesn’t really believe that we deserve the space we take up, we’re fighting, and that is enough for now,” the Girl Up Philippines Co-Executive Director stated.

Ms. Elago continued to discuss the issues of patriarchal systems and politics as the youngest female legislator at the Congress. According to her, it is still visible in the legislative workplace how women are still undermined. However, the youth have the power to change this.

Ending the event line-up was “#WeCanEmpower: Pamanang Peminista” that was held live via STRAINS’ official Facebook Page after the roundtable discussion.

Saint Benilde Romançon Dance Company–Contemporary and Viel showcased their creativity though their powerful performances. Tuklaw Films and Benildean filmmaker Dan Versoza’s directed, written, and animated film “IAMANNIKA" was also screened to show what it means to be a “wonder woman.”

“With COVID-19 still threatening the lives of our people, the imperative is clear—to look more of us into the cycle of solidarity and action so that efforts become more strategic, more amplified, and more impactful. […] We need to find and reach out to the last, the least, and the lost of our sisters to empower and inspire them so they can do the same for others and more of us can contribute to the greater task of building a better normal. As your theme reminds us, women play an active role in nation building,” Vice President Robredo highlighted.

As the program ended, #WeCan2021 Project Head Ruth Camarce pointed out the struggles in making the event possible, but she was grateful and hopeful that the event would not be the end but rather a beginning for its participants to spark change from its awareness.

“The preparation process for #WeCan2021 was not easy as we went [on] full online modality, from planning until the execution of the events. These challenges will not stop us from redesigning our future and eliminating the unfair limits in our society to be able to uphold the rights of the Filipino women. To our Benildean community, it is and never will be too late to become socially responsible. Stand up, speak up, and be the voice of change,” Camarce stated in an interview with The Benildean.