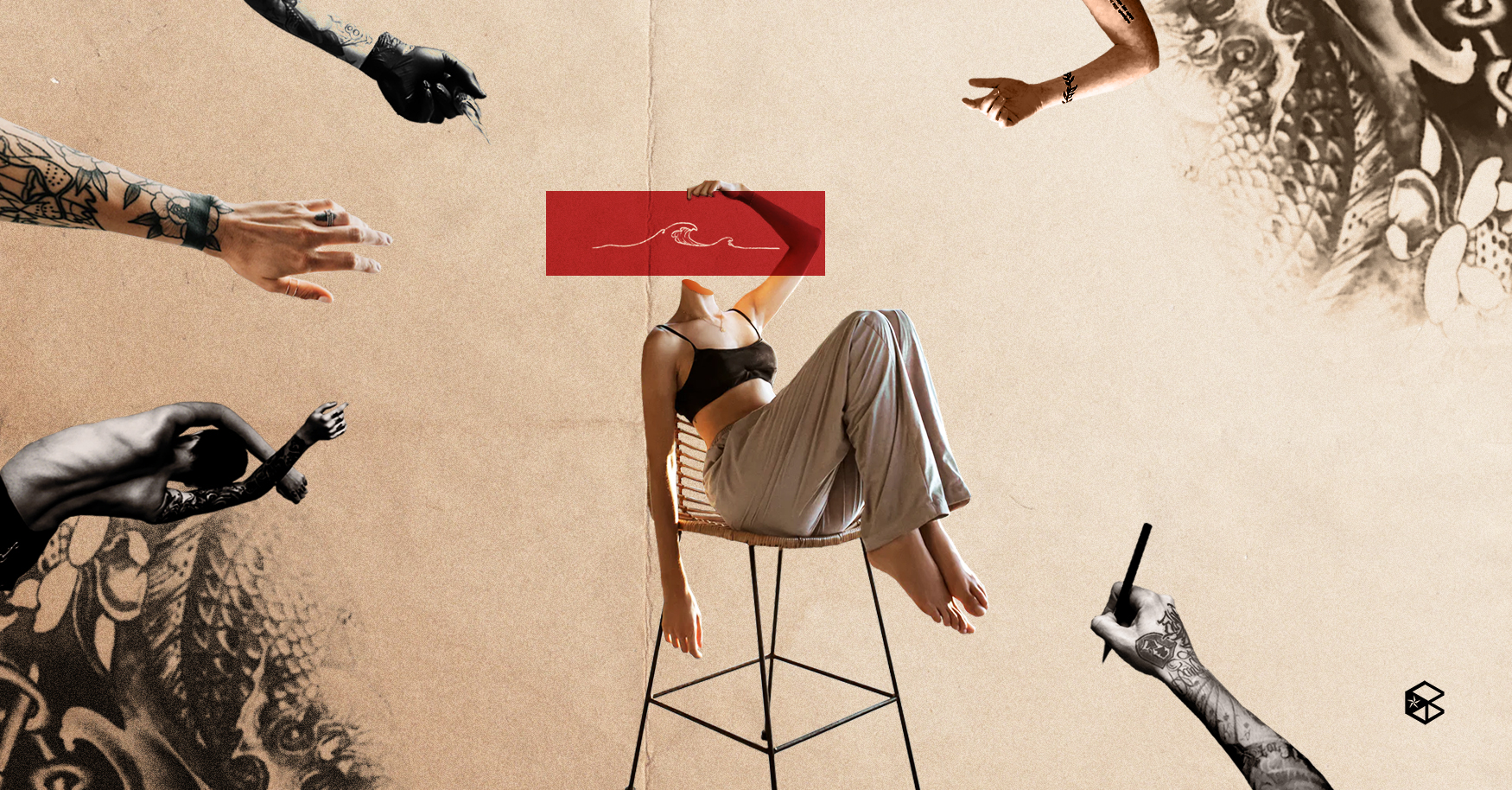 Paint me a scene you’d want to show the rest of the world.

I could feel my heart start to race as we got closer to my turn. The hairs on the back of my neck rising and falling with the rollercoaster of emotions.

I’ve been dreaming of this day for a while now; the day I get my first tattoo. The intricate patterns and hidden messages between the lines had always left my mind intrigued when trying to interpret the stories behind the ink that others wear so proudly.

Getting one has always been taboo, especially since my family wasn’t keen on the idea. They called it dirty, tainted, even borderline criminal at times—as if self-expression is fine as long as you look like everyone else.

People won’t take a second look at you.

Their constant nagging felt like a broken record. I could repeat their entire lecture word for word before the thought even slipped out of my mouth. Before, I believed what they said. I lived part of my life in ambivalence, as I’d gaze at people walking around with tattoos in such disdain, silently judging their character in the back of my mind. But, part of me was also envious of how proudly they were able to live—to walk around while piercing eyes followed them everywhere.

“Liv?”  my anxiety heightens as someone calls out my name.

A man with glasses comes around the corner with his hands in his pockets wearing a black polo shirt. His very simple and straightforward appearance stood out like a sore thumb in a tattoo parlor, mostly because there was not a single tattoo in sight on his body. I tried to survey the area a bit to see if there was anyone else calling for me, until he stopped in front of me.

This can’t be him.

“My name is Jonathan, I’ll be your tattoo artist today,” he says, extending his hand for a handshake, I reluctantly oblige as he gestures to me to follow him inside the booth.

There, I see multiple designs framed on the walls. From intricate sigils in black and gray, sophisticated patterns with the use of watercolors, down to the very cartoon-like designs. My heart paced faster as my thoughts finally grasped that I’m about to do this.

“So, you mentioned this was your first tattoo?” he asks.

“Yeah, and a friend told me that you were the best in the area, so I’m glad I was able to get an appointment with you,” I replied hesitantly, still trying to check for any ink on him.

He motions for me to take a seat on the chair plastered in cling wrap as he offers to show me his portfolio. I take a seat and begin browsing through the pages, eagerly flipping through the many designs he’s already done. But I still couldn’t wrap my head around how someone without any tattoos did all this.

“What did you have in mind for today?” he asks, bringing out his tablet.

I wanted to capture a lot of things: the feeling of drinking alone in my room, long sleepless nights, crisped eyes from staring into screens. Taking a glance at starry nights and relaxing on rainy mornings. Every lonely breakfast and bitter dessert. Living mundanely all week with a splash of thrill every Friday night, but I simply reply with a simple head shake.

“That’s odd. Usually when people come in here, they already know exactly what they want. Otherwise, it’d just be a waste of time on both our ends,” he says sternly as I slowly sink into the seat.

“I’m sorry, I’m just nervous? My head’s all over the place right now,” I say quietly, slowly turning over to face him. “Can I ask you something?”

He nods, leaning back into his seat.

“Not to sound disrespectful, but how can you be a tattoo artist if you don’t have any tattoos?”

He takes a curious look at me before flipping his arm over revealing a small wave on his wrist.

“I got this inked on me as soon as I turned 18. Just means that I’m always looking for an adventure,” he explains, tracing the outline with his thumb.

“I’m sorry, I didn’t mean to assume. I just thought a lot of artists want to show off their tattoos for everyone to see they’re legit.”

“I can honestly see why you’d think so. Many artists proudly wear several tattoos on their bodies, loud and proud that they’re part of the community, but I never saw it like that,” he put his arm back down. “Personally, I believe it’s a greater message to show off the ink when people least expect it. That way, you could really tell if the connection you’re making with other people is genuine or not, because most of the time people tend to look the other way with people that have a million things drawn on their skin.”

I pause for a second to take in what he said. I hadn’t even thought about that before I came in.

“I didn’t mean for it to come off as criticism. I just wanted everything to be perfect and now...” I say, trailing off at the last bit.

“You’re having second thoughts?” Jonathan says, looking confused with a hint of disappointment.

Was I actually ready to have something painted on me forever? I came in without anything prepared, with this epiphany as I walked through those doors—that  I would know exactly what I wanted, yet here I am making a fool of myself.

Closing my eyes and breathing in, I slowly piece together the puzzle of my thoughts. I open my eyes, the room feels still—almost peaceful.