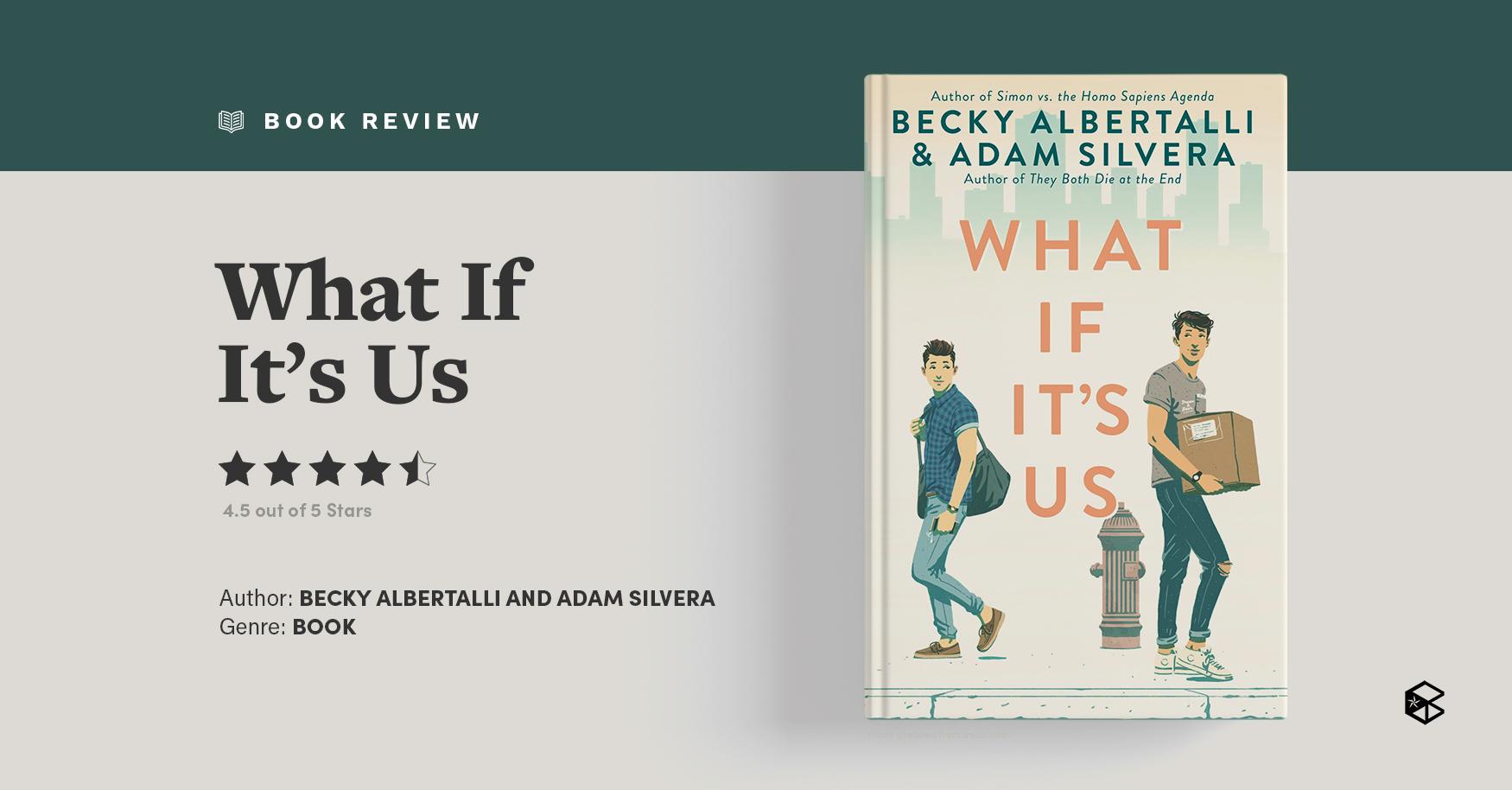 What If It’s Us?: Allowing fate to take the lead

If your fate rested solely in the hands of the universe, how much time would you spend hoping that things would go your way?

Hopping back and forth between two different perspectives: one recovering from heartbreak, the other eagerly wanting to begin his life, What If It’s Us gives us a glimpse into letting go of everything and taking life one day at a time. Published in August 2018, What If It’s Us was co-written by Becky Albertdalli and Adam Silvera, both New York Times bestselling authors for their previous work on successful LGBTQIA+ novels such as Simon vs. the Homosapiens Agenda and They Both Die in the End.

If your fate rested solely in the hands of the universe, how much time would you spend hoping that things would go your way? Set in New York City, the story is first told from the perspective of Arthur Seuss, who, while running an errand for his mother, meets Ben Alejo, carrying a box of his ex-boyfriend’s belongings. Intrigued by the aloofness of the box, Arthur strikes a conversation with Ben.

Their first encounter was cut short as a flash mob suddenly happened in the middle of the street. As Arthur’s attention is distracted by the performance, he loses sight of Ben who had slowly slipped away while it all unfolded—only then realizing he wasn’t able to get his name.

As the story progresses, the reader is immersed by the shifting between the perspectives of the two main characters—covering the emotions that both boys are feeling at that point in time. The novel also begins to introduce scenes that may not necessarily happen in the average young adult novel genre. The book’s slightly mature themes touch on shutting down ignorant comments, racism, and very intimate moments shared between two male characters.

Talks of diversity, the true-to-life feelings that occur after a heartbreak, and every question that encompasses a young person’s mind about their first relationship are heavily expressed between each line. As the boys share their thoughts when looking back at their first meeting, their words capture a very genuine exchange that only occurs once in a lifetime.

“I want a time machine. Go back and do everything right. Literally everything would’ve been different if I had just gotten your name. I would’ve just followed you on Instagram and taken it from there,” Arthur says.

“The Universe knew that this was too easy and outsmarted us.” I kiss his forehead. “Everything means so much more because of all the hoops we jumped through, right?”

Silvera and Albertalli successfully incorporate their unique storytelling style in the novel. Being very seasoned writers specializing in LGBTQIA+ novels, they were able to perfectly capture the words needed, feeding their audience as we follow the natural rollercoaster that love may bring about with characters. They even go as far as incorporating their initials in the names of the story’s main characters.

Leaving everything to fate and taking a shot in the dark is sometimes the thrill we need in order to flip through to the next chapter in our lives. Trusting the process of day-to-day routines and reflecting on what we could do better is the message the authors highlight as we delve into the minds of Ben and Arthur.

What If It’s Us speaks volumes about how perfect timing isn’t something we see often, and that we should be able to discern whether an occurrence that happened in our lives is worth chasing after, or if it should just be left in the past. We should not be intimidated by the many questions that may come about when these rare occurrences may happen, but instead, we should revel in each moment that passes us by.

Delve deeper into the unique world of the queer community by grabbing a copy of What If It’s Us in bookstores nationwide.