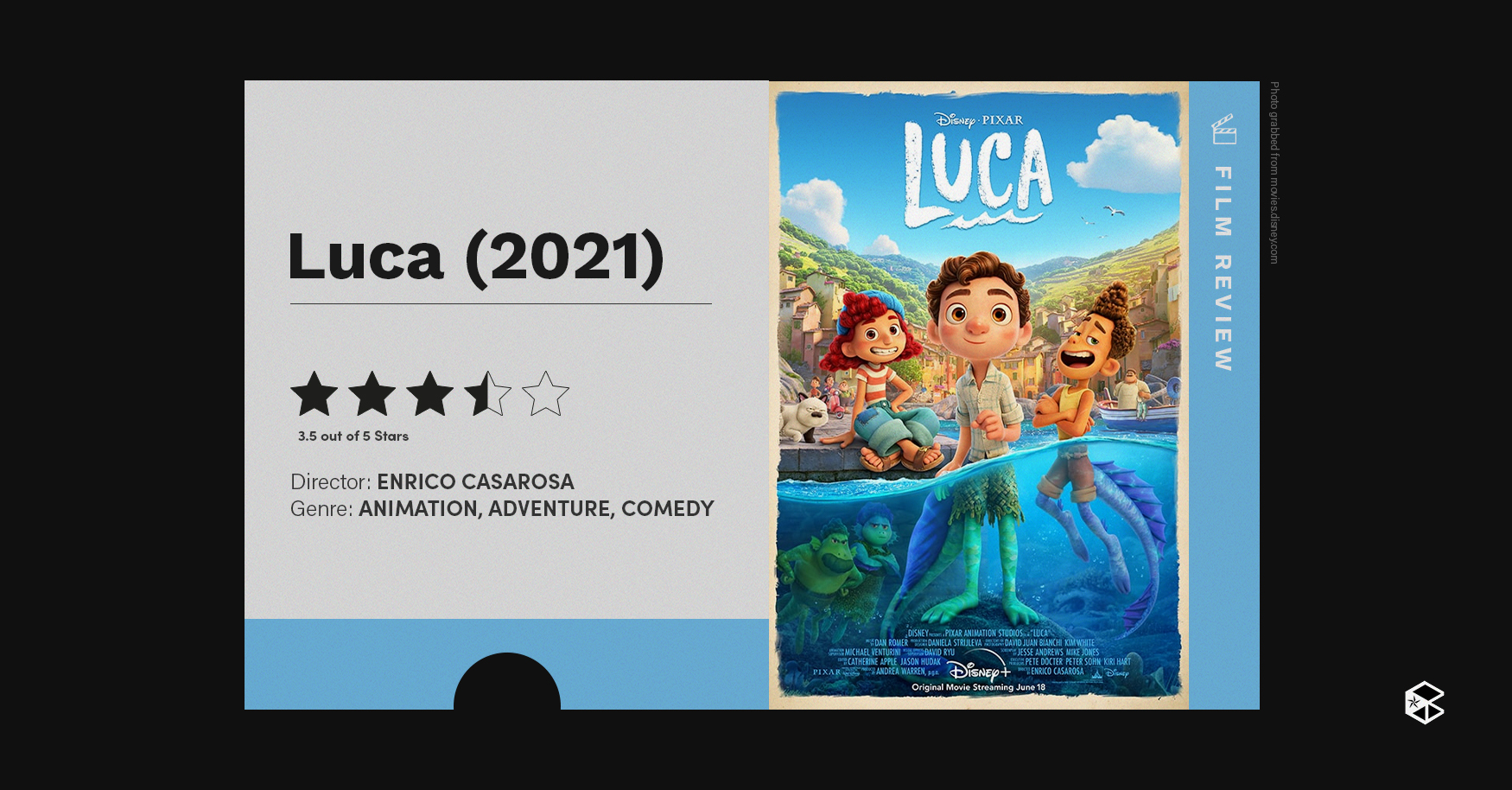 Dive into the waves of adventure with Pixar’s “Luca”

Worlds collide on the Italian riviera, as one little sea monster finds the courage to chase his dream of seeing the world.

In Disney-Pixar’s latest animated film Luca, we explore a lovely Italian-inspired riviera and the experiences of an outcast fitting in somewhere new. With pasta-eating contests, breathtaking underwater dives, and a wild imagination that reaches for the stars, Luca draws audiences back into the fun and adventure of childhood.

The film follows Luca (Jacob Tremblay), as he struggles with a conflicting sense of duty to life underwater, and a curiosity about the joys of the world above. After finding an unexpected friend in fellow adventurous sea monster Alberto (Jack Dylan Grazer), Luca’s curiosity wins out, and the two find themselves embarking on an adventure of a lifetime—exploring a human town.

The pair’s adventure leads to an unlikely friendship with a spirited human girl, Giulia (Emma Berman), who enlists their help to take down an arrogant champion and win the town’s annual triathlon.

Diving into the riviera

Despite being geared towards a younger audience, Luca articulates themes of friendship, adventure, and the importance of following the dreams that curiosity leads to. Its art style is a more simplistic and geometrically shaped Pixar design, with lively, wide-eyed character depictions and stunning settings that capture the places they’re based on. There is a subtle art style change when Luca’s daydreams play out; illustrating the nostalgic feeling of dreaming like a small child.

On the other hand, the contrast between the human and sea monster worlds are stark; everything from the character design to the food, and the way that life is depicted feels so different, yet oddly similar to one another.

The film follows the saying that the grass is greener on the other side. Though it delivers a sweet, and sometimes shocking story, it’s almost expected to give any Disney fan an all-too-familiar premise from The Little Mermaid. A storyline like Luca’s has been told before, but it did little to dampen the entertainment experience that this film still provides.

Towards the film’s end, the movie highlights morals providing a deeper sentiment to the story. Throughout its entirety, one interesting facet found in this film is how it tackles what it takes to be unique but not ashamed of it, which is directly presented by the film’s antagonist.

The depths of new animation

Luca brings out a familiar yet different side of Pixar. What’s usually expected to make any grown adult cry from bittersweet moments is tweaked into something more heartwarming. With kid’s animation becoming more mature with each new release from streaming platforms to theater releases, it’s no wonder how more topics are being told in these stories.

Although, Luca doesn’t blatantly tell what it’s about outside the scope of the film, its structure makes room for many possible allegories. It is a film that tells itself apart from Pixar’s recent style of storytelling and animation. Likewise, it brings audiences back to a storyline structure that they are already familiar with. The idea of going in search of a new world is nothing new, but it is a story that people need to be reminded of, especially at a time when many feel too isolated to find their own adventures.

Overall, Luca is a delightful adventure across land and sea that serves as a reminder of how far a little bit of adventure can reach.