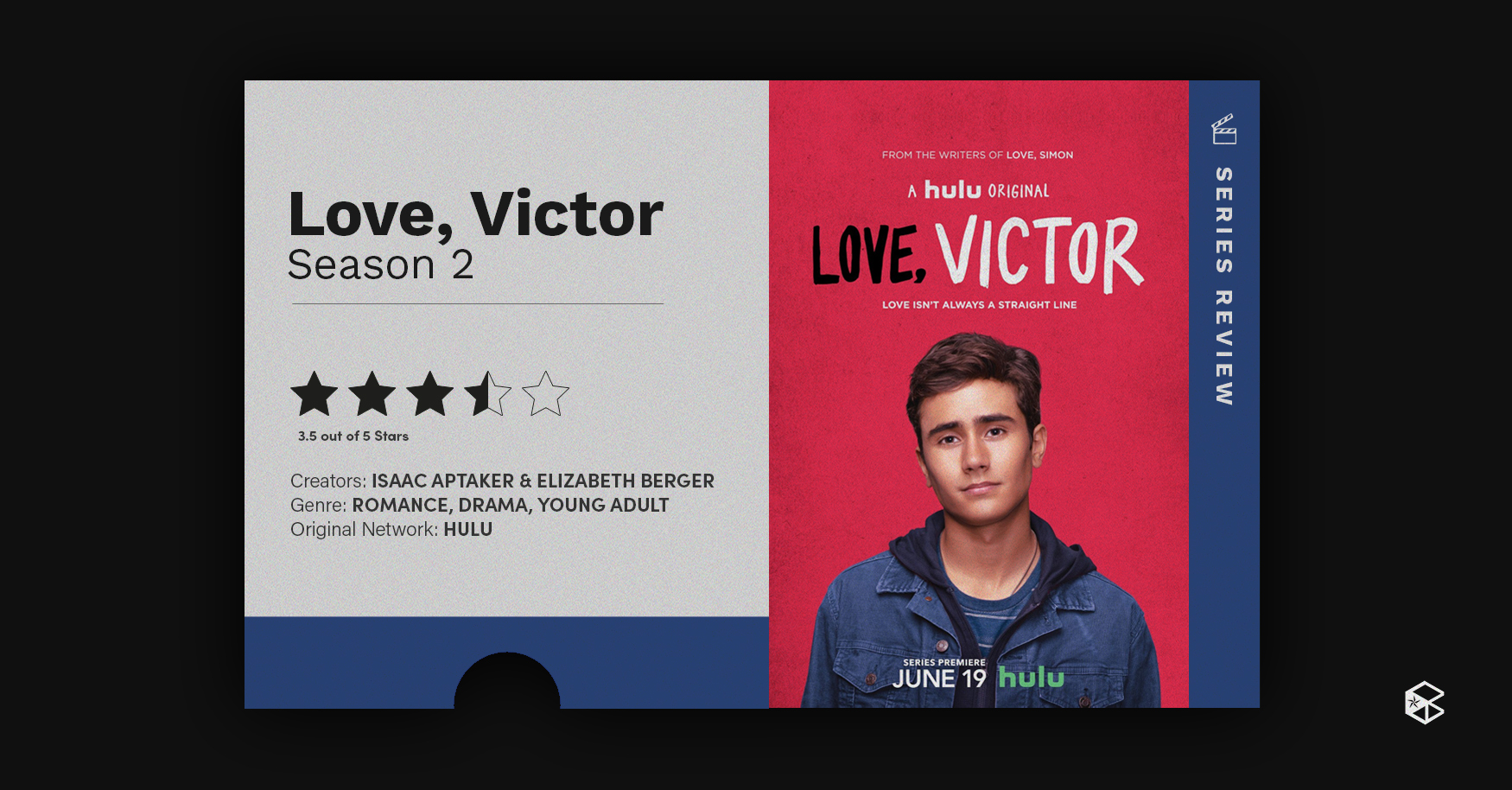 Things take a queer turn as relationships are tested and friendships stay stronger in the new season of “Love, Victor.”

Plucking more heartstrings than ever before, the second season of Love, Victor 'introduces more characters, romances, and definitely more drama. Setting the tone right, more LGBTQIA+ themes are explored as we venture out into a different world, further from the closet doors.

Season two for series protagonist, Victor Salazar (Michael Cimino), finds himself fresh out the closet back at home. Meanwhile, in Creekwood High, he’s been enjoying his time with band-geek-crush-turned-boyfriend Benji (George Sear), as they navigate through their relationship along with Victor’s newfound sexuality.

With Victor’s best friend and neighbor Felix (Anthony Turpel) exploring what it takes to be in a relationship for the first time, and ex-girlfriend Mia (Rachel Hilson) struggling with the breakup and problems back at home, we get to see more of their most vulnerable moments.

Just like the film it was based on, the series shows a strong sense of a loveable coming-of-age story with different teens exploring and figuring things out for themselves.

The acting of the cast was commendable, considering that they had so much more material to work with as the stakes go higher for each of their characters. Scenes with dramatic elements, as well as the sweet ones, really made the audience experience the nerve and the warmth of the moments. The series doesn’t even shy away from a slight uncomfortable feeling when things are going wrong in relationships.

On the other hand, the focus on the characters was as vibrant as rainbows. One would notice the unique ways different characters faced similar problems and how that makes for interesting arcs. Characters like Victor’s mom Isabel (Ana Ortiz) and dad Armando (James Martinez) showed just how different people can process and fully accept when their children come out.

As the story progresses, we are met with more loose ends tying themselves together, as well as more characters making sure there’s more to the story than we previously thought. The introduction of potential love interest Rahim (Anthony Keyvan) shakes things up just enough as the conflict between Victor and Benji becomes clear and more interesting.

Even with the improved writing and exploration of each character, there were a few moments where continuity felt lost in the midst of the highschool drama and the coming-of-age themes. Writing would, for the most part, treat every moment with care and make sure it all made sense, but in those times it struggled not to wobble, it picked itself back up and continued where it left off.

LGBTQIA+ media has been more popular than ever in the last couple of years, especially with more people supporting and being represented through characters like Victor on screen.

Just as Victor is thrust into this new life just by coming out of the closet, the story shows a lot of different unconventional topics in a young adult rom-com.

Themes such as the struggles of dating as a gay person, finding where to fit in within the community itself, and even a smart lesson on allyship and what it takes to be an ally of the community, are presented in a smart yet entertaining manner. All these themes are put into one season and there is no restraint in making the viewers experience the uncomfortable sides to coming out or the bad situations in relationships. Because with a bright glimmer of hope, it does get better.

Everything put into place, the second season of Love, Victor is a strong follow-up of a story of exploration and choosing to stay strong despite everything that’s changing.