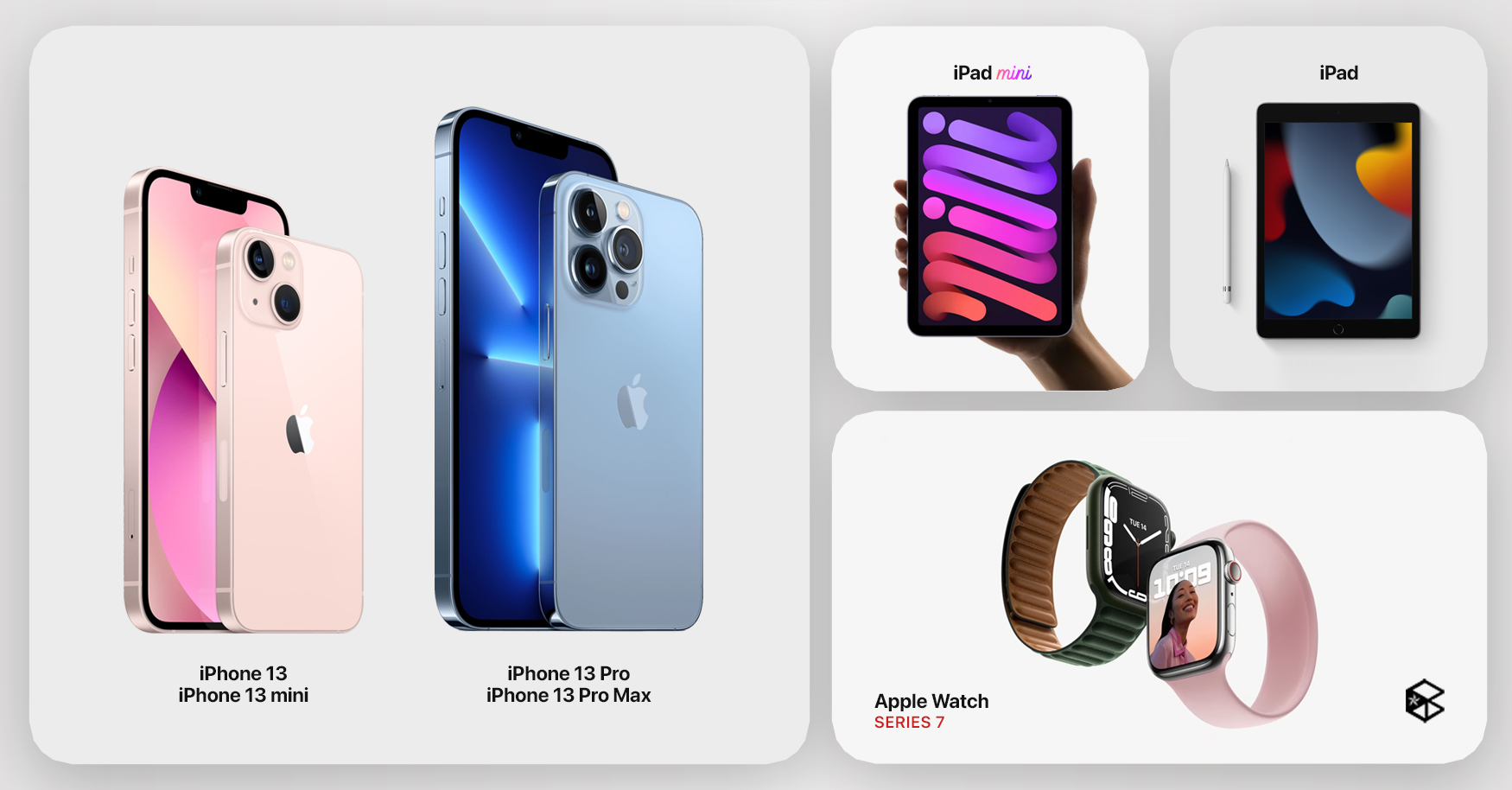 Get your wallets ready! Apple has introduced its brand new lineup of iPhone, iPad, and Apple Watch models.

As Apple unveiled its new iPhone lineup, it also introduced a 1TB storage option, a 120Hz refresh rate screen with ProMotion technology, and the A15 Bionic chip which Apple dubs as “fastest CPU in any smartphone" for its 6.1-inch iPhone 13 Pro and 6.7-inch iPhone 13 Pro Max.

The new set of iPhones are available in five colors—graphite, gold, silver, and sierra blue. The price starts at ₱63,990 for Pro and ₱70,990 for Pro Max.

The phones also feature, as Apple noted, “the most advanced dual-camera system ever on iPhone” with a new wide camera that improves low-light photos and videos. Both the iPhone 13 models have a new sensor-shift optical image stabilization that keeps photos and videos from blurs and shakes.

Another addition to the new line of iPhones is the Photographic Styles, which personalizes the photos and Cinematic mode which improves video storytelling with a rack focus effect, commonly used in professional film production.

Compared to its previous model, the iPad offers an A13 chip that Apple claims is 20% better in performance than its predecessor. The newly released iPad features a 12 MP front camera that supports Center Stage, which keeps the face in the frame while facetiming or taking a video.

The iPad is available in space gray and silver starting at ₱19,990.

Notably, most of the spotlight is given to the new iPad Mini.

Just like the iPhone 13 lineup, it is equipped with the A15 Bionic chip and promises to deliver 80% faster performance compared to its previous version. iPad Mini also brings 5G to its cellular models, while also bringing the Center Stage feature to its cameras.

Alongside the new iPhone and iPad models, Apple showcased the Watch Series 7 which boasts a 20% larger screen size compared to older versions. The upgraded screen size claims to display 50% more text and a full keyboard that supports tapping or swiping to send out messages. Together with QuickPath, it makes typing or swiping easier by predicting the next word to be typed.

Apple also introduced the watchOS 8 which adds more features such as fall detection for cycling, workout reminders, and watch faces designed for the larger display of the Series 7.

Although it only offers 18 hours of battery life just like the Series 6, it charges via magnetic USB-C that can speed up the charging to 33%.

The series 7 is available in 41mm and 45mm sizes and comes in black, gold, blue, red, and dark green colors starting at $399. The Philippine price will be announced later this year.