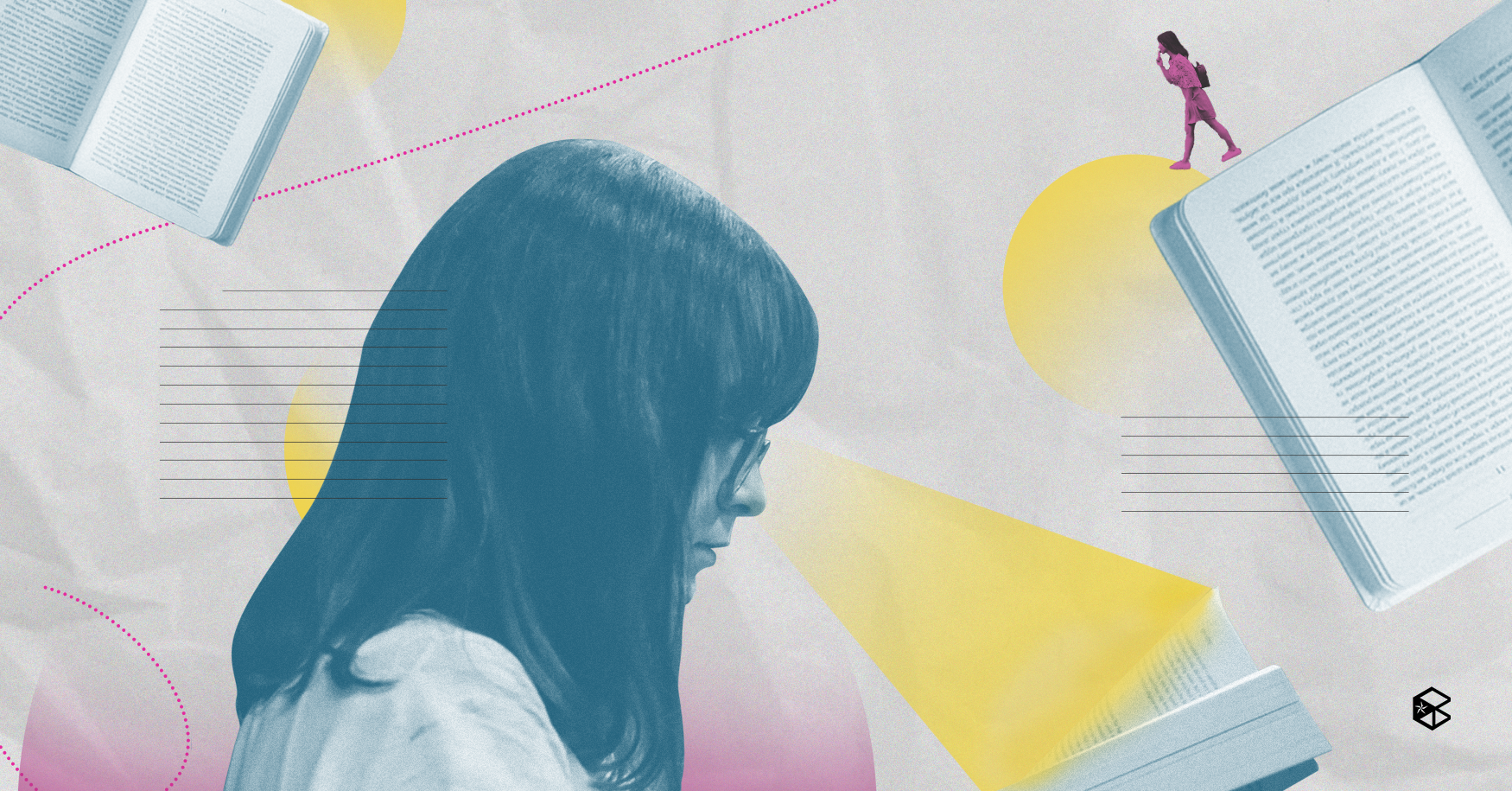 Could it really be a coincidence?

In an instant, his hand landed on my cheek. I tried to bear the sting as much as possible, but with the constant pressure surrounding my face, I surrendered. Tears gushed from the corner of my eyes as he finally departed the room and left me lonesome like he used to.

A loud bang came from across the hall.

The lass, donning overalls with braids on her shoulders, accidentally closed the book with much force, swiftly causing dozens of bloodshot eyes to stare at her. Embarrassment consumed her immediately, grabbing the book and stroded towards the checkout section. The scene was stuck replaying in the back of her mind. She hated being a nuisance.

“Thinking too deeply, are we dear?” the librarian asked softly.

“Nothing too serious,” she replied with a smile, “I’ll return these by the end of the week! Have a nice evening, Laura!”

The misty breeze caught her off guard for a moment as she set foot outside the building. It had never crossed her mind to bring an umbrella to shield herself and the books from the unexpected sunshower. Tucking the books in her light sweater, she held them close to her chest as she braced through the cool and humid wind.

One after another, local shops lit up their signs, mellow music controlled by the capitol could be heard playing through the speakers across town. People of all ages began mingling with one another; vanquishing the once monotonous ambiance.

A “FREE HOT CHOCOLATE” signage swept the young lass’ feet, opposite to the route home. Shoulders bumped into each other as an ocean of hands extended toward the vendor. It was nothing short of a miracle that the lass got her hands on a cup before they ran out. She tilted her head down, indulging in the sweet cocoa down to the last drop.

Dragging her petite shoes a few blocks to the west, a pleasant house with a white picket fence and a freshly mowed lawn came into sight. She fiddled her way inside and went straight to her room; not more than five minutes had passed before a man barged in, striking his palm against the cheek of the young lass. “Why did you come home late?!”

The lass cautiously opened her mouth but no sound came out. Another tingly sensation was felt, this time on the other side. The man grumbled under his breath, she pretended not to hear his piercing curses as he left her room, burying herself in her borrowed book.

“It was a waste taking her in.”

“Just wait, another two months and she’s on her own. She won’t be anybody to me once she turns 18.”

“Of course I have her bank details. You think I’m that dumb?”

The conversation made me stop in my tracks. How did he get a hold of my mom’s money? I vividly remembered hiding my passbook from plain sight—unless...

I hastily moved toward my drawer, quietly pulling until I saw a small opening—with nothing inside.

The sharp pitch of thunder woke the lass up. Her staggering breaths couldn’t keep up with her heart pounding against her chest. She wiped the sweat off her forehead before checking for the time.

It was the first time for her to wake up so suddenly. She felt the lingering urge that something was wrong, yet her body fought back—choosing to stay wrapped under the sheets. Another hour had passed, her eyes still unrested. The scene she read before hitting the sack consumed her mind, and she didn’t know why.

She turned to her side, the drawer across her bed sat in front of her, a dozen thoughts popped into her mind. “It wouldn’t hurt to just check, right?” she thought to herself.

She slowly hopped off the bed and stood in front of her drawer. She extended her arms and motioned the drawer to the right. Her fingertips were ice-cold as she felt her heart thrashing. She crouched down to see the small hole as big as a pouch, only to feel her heart drop.