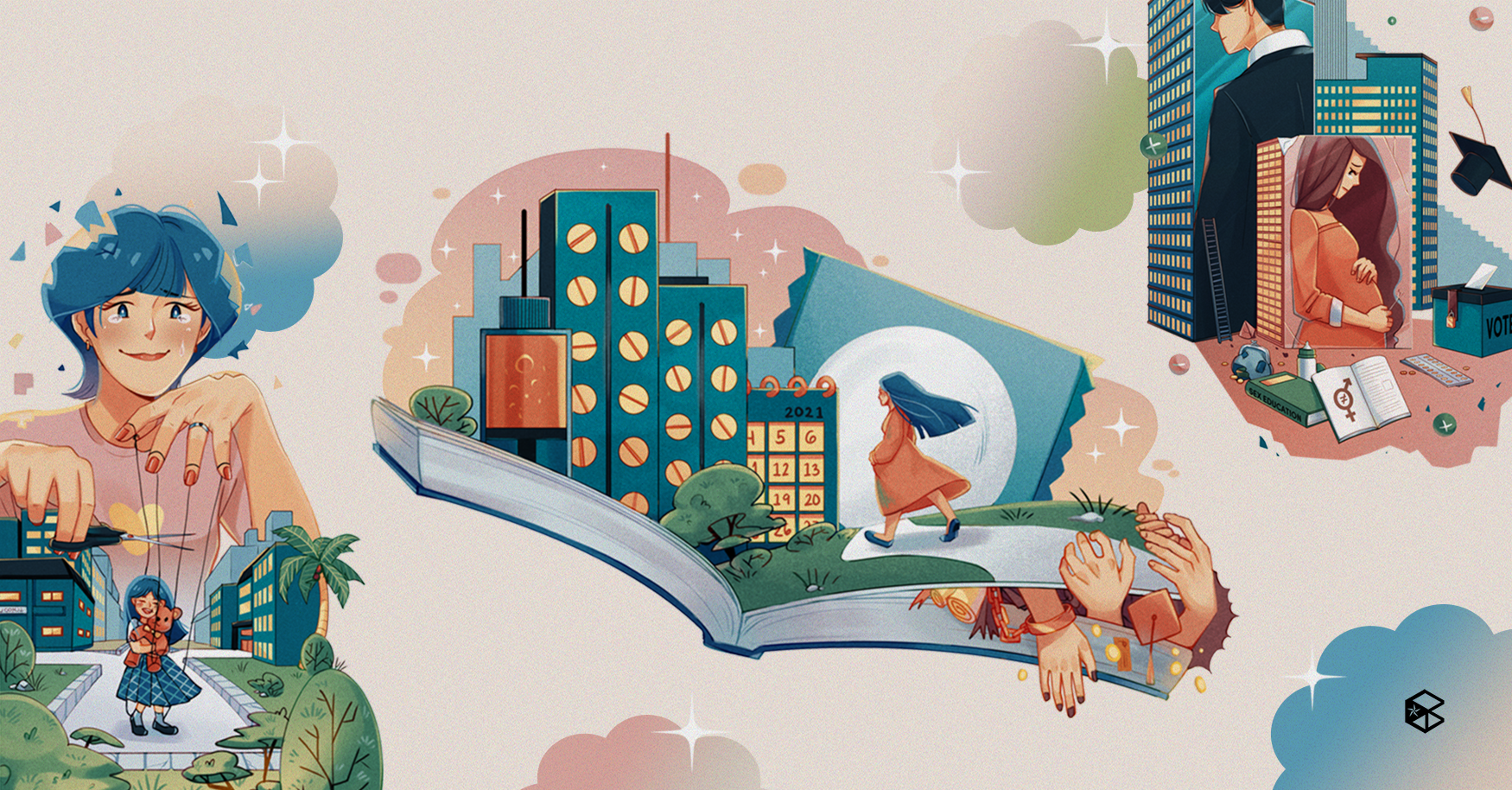 Times are a-changing: Why Filipino youth choose to delay parenthood or live child-free

As time evolves, the traditional expectation of "having children is necessary for an accomplished life” does not hold up the way it used to.

Gen Z and millennials are starting to embrace either a childfree lifestyle or delayed parenthood, redefining how giving “life” is perceived, creating a future that is healed for new generations.

The rising preference of the youth to delay having a child or having none at all is rooted from unresolved and ongoing global problems, making the environment not fully conducive for new life to enter this world.

According to Asian Development Bank’s Gender Consultant and Benilde Gender Studies Professor Ms. Rachel Basas, education, capacity, and gender issues in the workplace are some of the major factors that influence the decision of Gen Z and millennials.

“For the women, from several studies, there’s a direct correlation between the level of education and the postponement or delay of marriage and/or childbearing and childrearing—the higher level of education, the higher the delay,” Ms. Basas stated in an interview with The Benildean. She also highlighted that women want to climb up the career ladder, break the “glass ceiling” of gender, and prepare themselves first before going into child rearing.

“With the opportunities available to them, many women from the millennial and Gen Z generations now choose to have that career-driven life instead of bearing children because they know that when they bear children, it will be difficult to go back. They want to be established first before having children, knowing that it’s expensive to have a child,” Ms. Basas stated, highlighting that women are mostly carrying the burden due to gender roles.

As part of Gen Z, Consular and Diplomatic Affairs junior Kristien Ronquillo, in an interview with The Benildean, pointed out the global economic state in her prior decision and reluctance to have children.

"The economy of the Philippines is also not built for having children because the income is only good for self-development,” Ronquillo said.

She also noted how mental health awareness drives Gen Z to postpone plans for child rearing, hence “not being ready for the commitment” needed to raise a child.

“The current generation values mental health so much and we understand that raising a child means that you’re going to be there for them and you won't make them feel alone...I feel like we’re not ready for that commitment and would want to focus on achieving our aspirations and goals in life,” she explained.

What it means to give “life”

Giving life is one of the main points of parenthood. However, the choice to maintain a childless life transcends personal perception and interpretation of “giving life.”

Professor Basas also mentioned that social pressure to have a child as “retirement plans” or to continue their “unfulfilled dreams” also blurs parenthood’s true essence. Illegality of divorce and challenges in implementing family planning policies further escalated the gap, leading to unhealthy relationships growing up.

“It is an experience that many Filipinos can relate to—being the answer to their parent’s dreams or uplifting the family life. […] Many families really think that their children are the solution to their problems. We have this line na sinasabi lagi na ‘Magkaanak ka na, kasi pag tumanda ka, walang mag-aalaga sa’yo.’ That’s really a Filipino line,” she emphasized.

Given these burdens imposed on the current generation, rather than for the “vicious cycle” to continue, this generation would rather prioritize healing and growth.

“There are underlying childhood traumas that I need to come to terms with and resolve. […] Personally, I really want to fix myself before becoming a parent,” Ronquillo expressed.

Moreover, parenthood is not limited within the bounds of procreation. In an interview with The Benildean, Commission on Population and Development (POPCOM) Commissioner Dr. Dexter Galban cited adoption as one of the examples which transcends blood, gender, and other barriers.

“There are so many children in need of homes. There are also parents who are unable to reproduce who hope to channel their love and care to children who may need it.  At the end of the day, we hope to give every child the chance at a better future,” Dr. Galban highlighted.

A chance for a better future

The decision of bearing a child should not be taken lightly, especially when someone else’s life depends on it. As it entails consequences, preparedness, responsibilities, and lifetime commitment, Gen Z and millennials’ awareness and desire to put an end to the perpetuated norms are essential to set a new era for a healed and progressive humanity.

Dr. Galban emphasized the importance of preparedness in the future era of the healed generation. “Panalo ang planado. Failure to plan means that you are planning to fail. I firmly believe that planning ahead allows us to consider all viewpoints, all resources available.”

While more are leaning towards having a childless lifestyle, Dr. Galban explains it is not fully encouraged for a healthy population turnover.

“We’re hoping that they won’t [decide to not have children at all]. Because we hope for a healthy turnover of the population. They are the ones capable of generating revenue and income and economic growth for the country that would allow us to pay for services like healthcare, education, (and) pension, ” he highlighted.

In the end, Ronquillo shared that she is not closing her doors to parenthood. “As time went by, I eventually wanted to have kids. Although, I did promise myself that I should be financially successful during my late 20s and continuously work on the betterment of my mental health.”

It is indeed a wonderful blessing to be a parent, but it is not all that one was born to do. Life is whatever an individual chooses to live, should they decide to live child-free, sustain oneself, give birth, adopt, or be enriched in their own ways.

Just like having kids is a laudable choice, delaying until one is ready or not having them at all should be too.