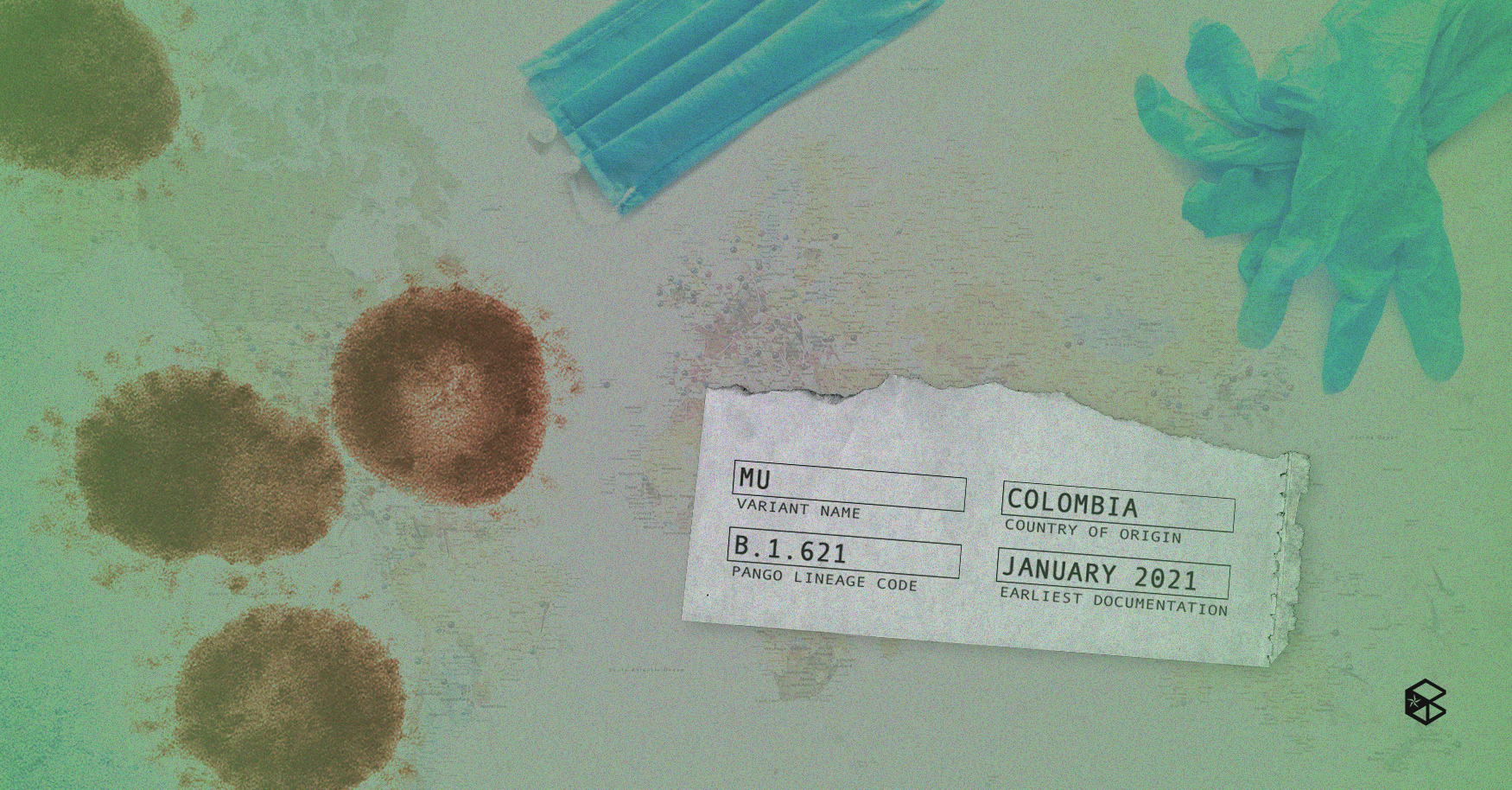 The latest COVID-19 variant known as Mu was declared by WHO as a “Variant of Interest” last Aug. 30 due to suspected vaccine-resistant properties. As of writing, there are currently no reported cases of the variant in the Philippines.

Now with nine known COVID-19 variants, the World Health Organization (WHO) has declared the Mu variant, or B.1.621, as a Variant of Interest (VOI), with its origins tracing back to Colombia as early as January 2021. The variant is said to behave like the Beta variant, but further investigations are still being conducted about the Mu variant as of today.

By WHO’s definition, variants are classified as VOIs when found “with genetic changes that are predicted or known to affect virus characteristics such as transmissibility, disease severity, immune escape, diagnostic, or therapeutic escape.” Additionally, there is a probability that these VOIs can quickly transmit numerous COVID-19 clusters in multiple countries that can be classified as emergent risks to public health.

The Mu variant was declared a VOI on Aug. 30, 2021, after being detected in 42 countries, with cases in Ecuador and Colombia having “consistently increased.” More than 4,500 cases of the variant have been found worldwide, with about 2,000 coming from the United States (US).

The variant was carried to the United Kingdom (UK) by travelers in their 20s, as stated in a Public Health England (PHE) report in July 2021. The PHE had also found that some cases had been administered with a single dose or a full dose of the COVID-19 vaccine already.

Despite the numbers, the Mu variant only makes up 0.1% of the total COVID-19 cases worldwide despite emerging around the same time as the Delta variant. WHO is still conducting further research to confirm if the Mu variant’s mutations have developed a resistance against vaccines.

Philippine Genome Center (PGC) Executive Director Cynthia Saloma stated that after running over 12,000 samples in their database, there was no case of Mu variant detected in the country. Still, she reminds local health authorities to be more cautious in monitoring the new variant.

According to WHO, a number of mutations such as the Mu can be more resistant against vaccines. Initial data suggests that there is a reduced efficacy which can be compared to the Beta variant. Further observation on its epidemiology will be done in South America.

However, COVID-19 vaccine manufacturers are still testing the vaccine efficacy against the Mu variant, but Pfizer BioNTech leads the way for the results.

Based on a laboratory study in Rome, Italy published last July 30 by Microbiology experts Serena Messali, Anna Bertelli, Giovanni Campisi, Alberto Zani, Massimo Ciccozzi, Arnaldo Caruso, and Francesca Caccuri; the Mu variant was “neutralized” by the antibodies obtained from the Pfizer vaccine despite the mutation in its spike protein.