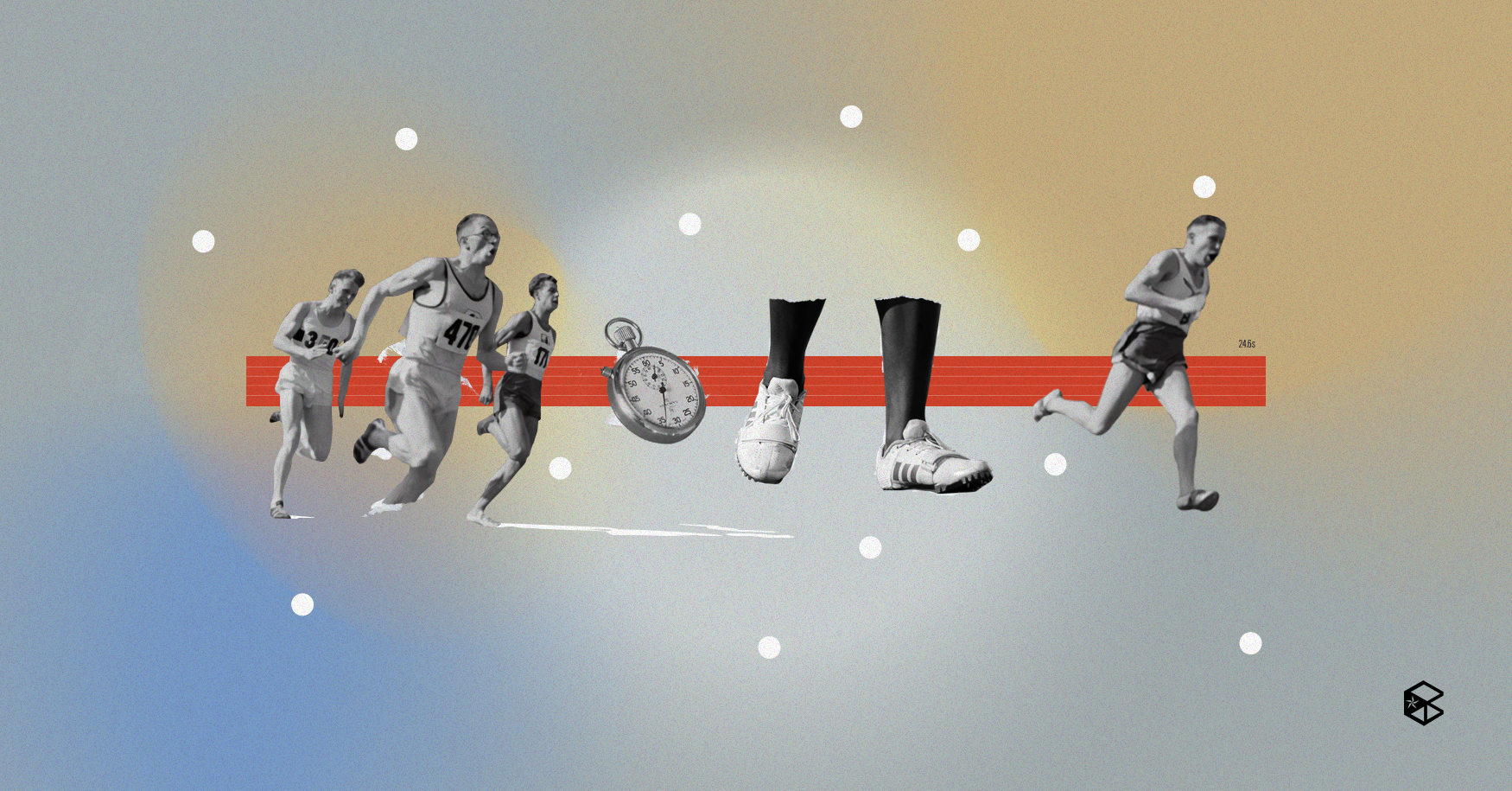 At your own pace.

30 seconds on the dot. The average time for a 200-meter dash is 26.5 seconds which makes me 3.5 seconds slower than the other athletes. I need to go again, I need to train harder, I can’t afford to slow down.

I need to be faster.

“I think you need a break, Luke.” My boyfriend, Zach, extends out a water bottle, “That was your tenth attempt in the last half hour.” I quickly reject the offer as I gear up for another go.

“Qualifiers are in five days. Maybe you should be taking this more seriously seeing that you’re part of the team as well?” I say rather aggressively.

My eyes widen when I realize the weight of what I just said, but I quickly shrug it off as I begin to focus up. I wanted to apologize, say something nice, or to show the least bit of appreciation towards him; it would’ve been as easy as opening my mouth and speaking the words but all that came out was:

“Check my time again,” as I begin to sprint around the field.

I try to filter out the scene as I begin to run. I see the blue skies slowly shift to orange with every lap I take. The finish line moves closer and closer as the harsh breeze brushes past my skin, leaving me gasping for air.

I tried sparing a moment to celebrate the accomplishment, but it wasn’t much longer until my knees gave out and my body collapsed to the ground. My breaths staggering, my heart beating rapidly. I could hear footsteps echo toward me as Zach rushed to my side, slowly helping me up.

“I told you not to push yourself that hard, idiot,” he says, offering me another bottle of water which I quickly grab and inhale in one gulp.

“Faster…I can still—” I say in between deep panting. Zach shakes his head as he hands me another bottle. I oblige.

“I won’t stop you, but take it easy. Any more of this, you’re going to tire yourself out before the race even begins.”

I take a few moments to catch my breath. It’s hard to concentrate when everything plays a factor in my game.

“Why don’t you try just staring at the finish line from wherever you are?” Zach advises. I furrow my eyebrows at him, he clears his throat to explain.

“Just try it,” he insists, as he pats my shoulder, moving to the side as he holds the second stopwatch in his hand.

With one deep breath and the sound of his voice, I feel my legs gaining momentum as I begin sprinting again. I try to distract myself from the beautiful surroundings of the landscape, my vision solely focused on the finish line.

The sound of my breath grew heavy, my heartbeat seemed to sync up to the pace of my steps. I push further than I possibly could have imagined.

I collapsed to the ground once more, but at least I made it. I hear those familiar footsteps approaching as a shadow begins to loom over me. “Better, right?” Zach says handing me a bottle of water and my ADHD medication. I stared at him halfheartedly as I studied the smirked expression on his face—so calm and warm.

For a moment, that smile was all I could focus on.

Tags: IntoStory
Tweets by TheBenildean
Printed from http://localhost:3000 on 22 October 2021