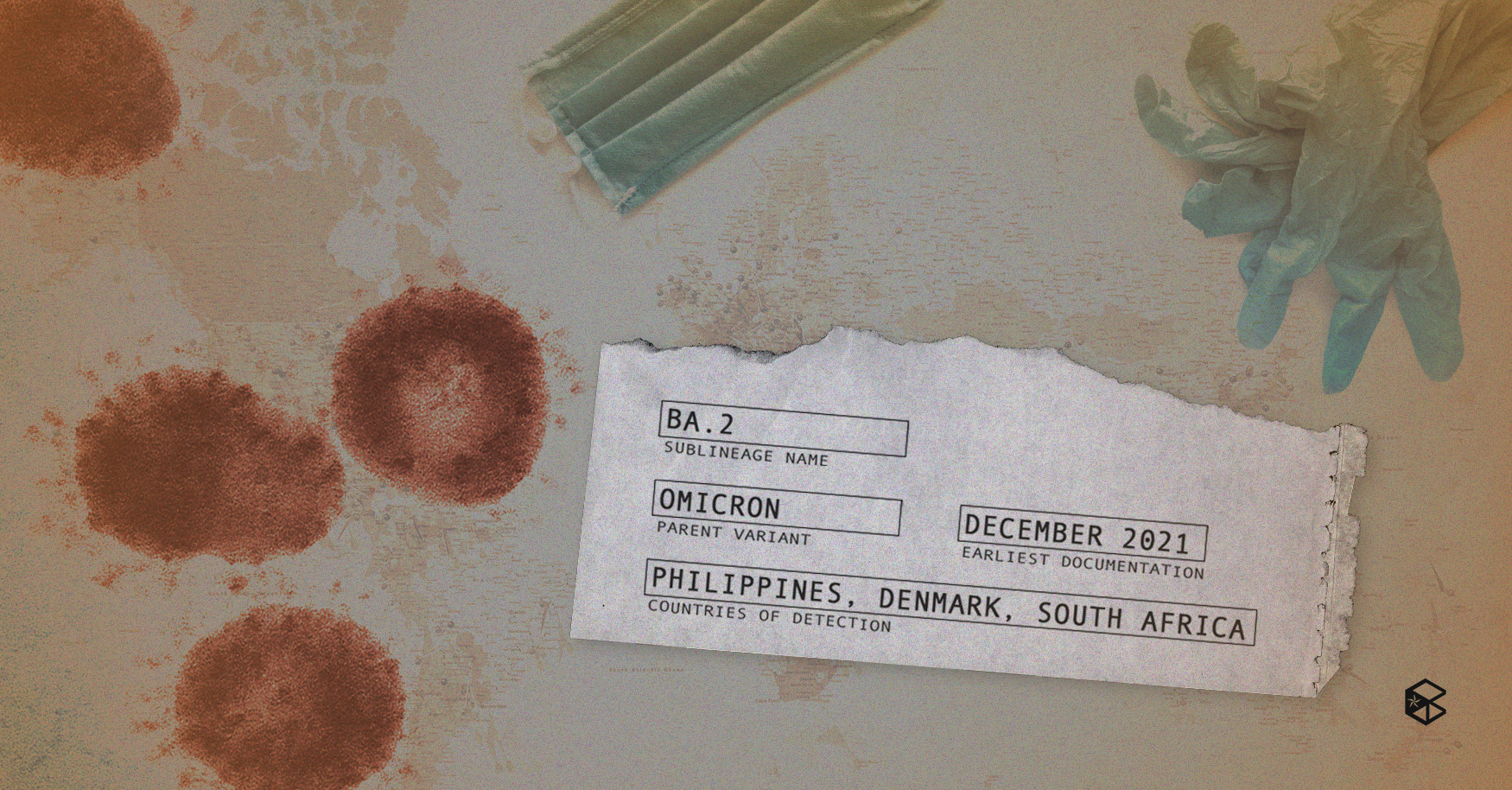 Expert recommends getting booster shot against the fast-spreading BA.2 variant

A subvariant of the Omicron virus known as BA.2, which has been found in many countries worldwide, was shown to be more contagious than the original Omicron variant.

While COVID-19 cases are decreasing in the country, the recently discovered subvariant of the highly contagious Omicron coronavirus strain called BA.2, also known as the “stealth variant,” has been considered a variant of concern. Researchers from the World Health Organization (WHO) discovered an increase in BA.2 infections in multiple countries since January of this year.


Despite its official name, scientists have called the subvariant "stealth omicron" because of a mutation that makes it appear different from its sibling strain when tested in the laboratory. Experts note that the label "stealth" does not indicate that the subvariant evades detection by lab-based RT-PCR and at-home tests but rather its genome sequence is harder to detect when compared to BA.1 and other COVID-19 variants.

BA.1 and BA.2 are sub-lineages of the B.1.1.529 or the Omicron variant that now accounts for most of the coronavirus infections globally.

In comparing BA.2 to the BA.1 subvariant, some studies have found that BA.2 increases the vulnerability of unvaccinated people to infection by slightly more than double the amount observed with BA.1. Researchers have pointed out that several monoclonal antibody treatments for COVID-19 infection were found to be almost completely ineffective against BA.2.

According to preliminary research conducted by Statens Serum Institut (SSI), despite the fact that BA.2 is more transmissible than BA.1, there is no change in the number of hospitalizations for BA.2 compared to BA.1.

In addition, the Omicron BA.2 sub-lineage, according to Solante, has the potential to produce severe infection, particularly in the vulnerable population prone to severe COVID-19 infection.

Despite a slower transmission rate and a downward trend in the number of cases in the Philippines, Solante warned that the public should not become comfortable because the Omicron strain is still in the country and can affect anyone.

Meanwhile, according to Health Secretary Francisco Duque III, the country has already crossed past the crisis stage when it comes to the surge caused by the Omicron variant.

In the country, the BA.2 subvariant has been detected since December 2021. According to data collected by the Department of Health (DOH), UP Philippine Genome Center (UP-PGC), and National Institutes of Health (UP-NIH), there is no substantial difference in BA.1 and BA.2 features in terms of transmissibility or illness severity.

An international team of researchers from Japan discovered that similar to the BA.1 subvariant of Omicron, the BA.2 subvariant appears to be capable of avoiding much of the immunity elicited by COVID-19 vaccinations.

However, according to WHO officials, while the research indicates that the stealth omicron can cause significant infection in hamsters, human investigations demonstrate that the level of severity for both subvariant is the same but it appears to be "inherently more transmissible" according to their initial data.