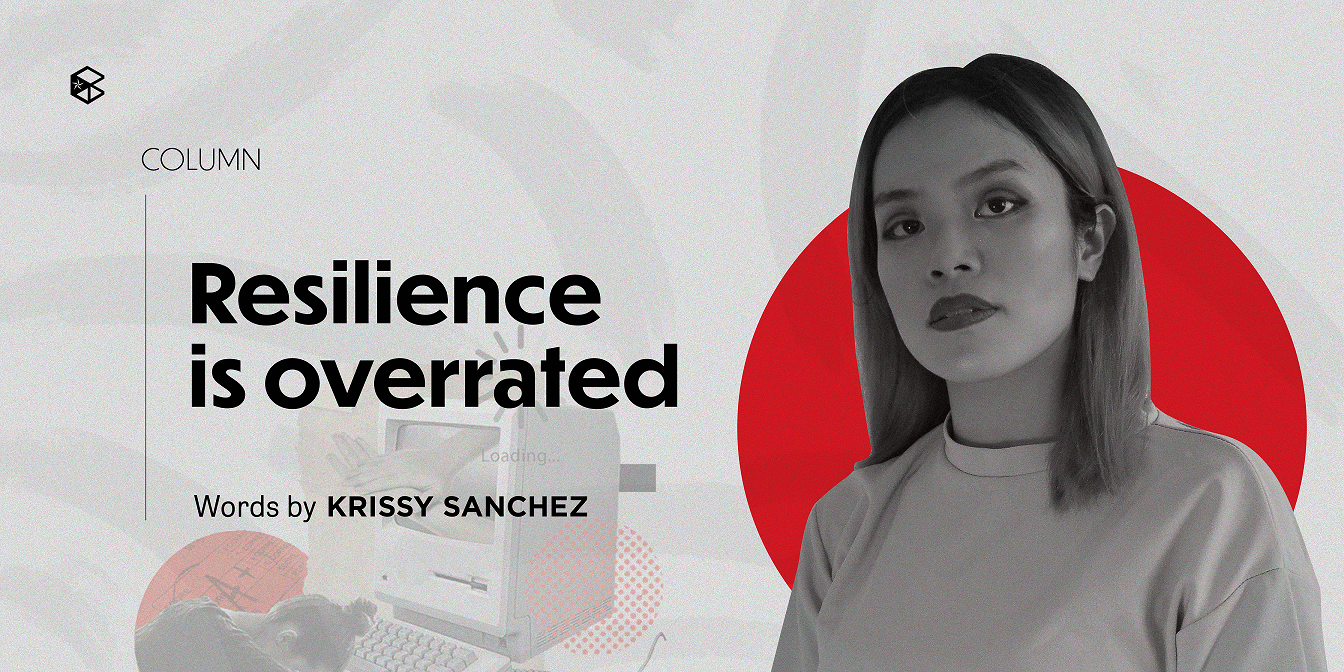 Are we truly resilient, or are we just persevering through our pain in silence?

From typhoons to earthquakes to global athletic competitions, the Philippines prides itself in rising up even from the direst of circumstances. But while resilience is admirable, exploiting the bayanihan spirit is simply unsympathetic.

The global COVID-19 pandemic has only proven that “Filipino resilience” romanticizes and invalidates people’s suffering with the administration continuing to rely heavily on this idealistic concept. Presidential Spokesperson Harry Roque even brought it up after reporting the country’s unemployment rate of “only” 45% after more than a year under lockdown, stating that “...it could’ve been worse.” This “proud moment” was a callous remark in the face of thousands of Filipino families who continue to struggle during the pandemic.

Lies between the lines

Striving to simply survive with little to nothing, I empathize with those victims of glorified resilience, even more so that the government credits resilience for the achievements of those who received barely any support from them. Athletes like gold-medalist Hidlyn Diaz were applauded for winning despite the government’s lack of financial aid. Students, alongside their parents, were praised for their adaptability leading to the “success” of distance learning, even when many struggle to get by with the lack of resources to adjust to the new setup. Even healthcare workers are simply recognized with words and applause, but are continuously criticized behind the cameras.

While seeing the success of an underdog is always a satisfying ending in a fictional story, constantly having to face the enemy unequipped is not the truth I wish to live. Facing hardships and challenges, then expecting myself to come out stronger because of the hardships, has become too idealistic of a mindset.

If living in the Philippines did not feel like an uphill battle, success would not have to taste so bittersweet. Athletes could win medals without having to beg for private sponsorships, students could excel without having to climb up mountains just for internet connection, and we could live free of the expectations to be stronger after each fall.

Then again, Filipino leaders do not seem ready for that. Until now, people like athletes and healthcare workers are simply painted as heroes on the screen but still have to beg the government for allowance. Even students are left unheard, because featuring victims of poverty ending up as achievers is more interesting than dealing with the ineffectiveness of distance learning.

Truths behind the triumphs

I am just one of the many students who are exhausted from having to face their laptop screen daily; accomplishing tasks that barely teach me anything. Even so, I find myself feeling guilty whenever I take breaks. Further glorifying this “zero to hero” trope makes any and all exhaustion feel invalid if I want to succeed. So I continue to strive for 4.0’s and nothing less, even if it means sacrificing my health for it.

I had to accept that realizing my success does not require a series of defeats to help me find the root of my failures, which more often than not, involves a flaw in the system itself. With that, I could only hope that romanticizing resilience becomes a thing of this government’s past.The day they acknowledge their shortcomings would be the step towards progress needed in addressing the needs of the people.

There is courage in accepting that burning ourselves out is not always the secret to success, and I wish I realized that sooner. It took me years of reliving this same pain over and over before I realized that being vulnerable, breaking our silence, and refusing to be resilient in times of injustice is where the path to greatness truly begins.

This article is also published in The Benildean Volume 8 Issue No. 1: Redacted.

Tags: Columns
Tweets by TheBenildean
Printed from http://localhost:3000 on 27 November 2022