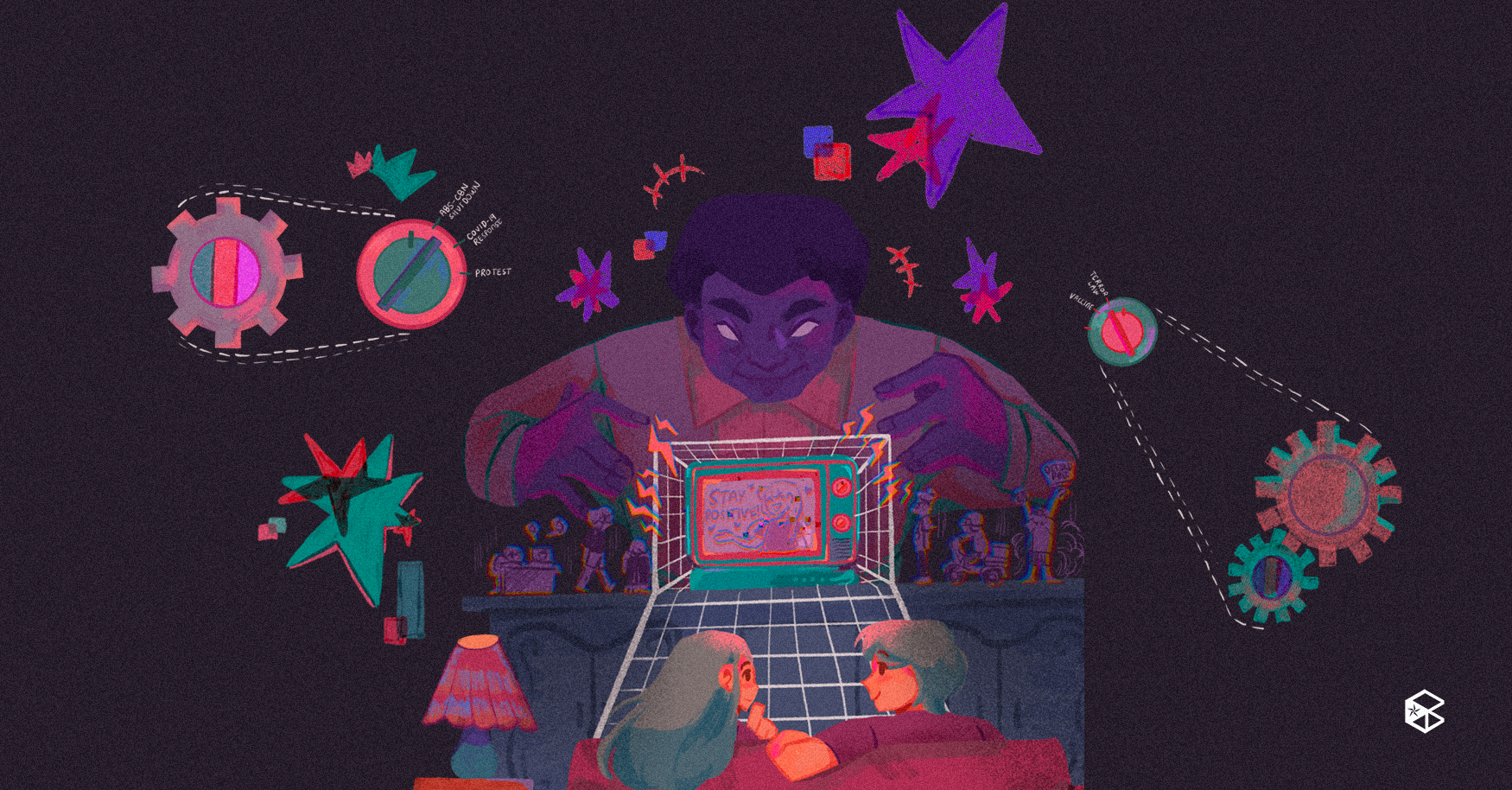 Are we ever truly free?

Liberty is slowly being tainted in Philippine media. While mainstream networks continue to report daily factual information, they are often attacked for doing so. As a result, they are branded as attacking the government, casting doubts on their legitimacy despite years of service in defending the truth. As the government limits its transparency to its citizens, will they continue to crop out the full stories for journalists to struggle to cover?


“Freedom of the press” has turned into a somewhat oxymoronic phrase in the Philippines. It is a contrast of giving journalists leeway to report while also threatening their safety for writing on national issues. With the media slowly being constrained to report crumbs of public information, it allows the government to hide behind their accounts of red-tagging, power-tripping, and under-the-table payments. It forces the press around its fingers to make sure that they report what makes them look good and of service to the public.

At the height of Rappler CEO and Maria Ressa’s cyber libel case in June 2020, Presidential Spokesperson Harry Roque emphasized that there is freedom in Philippine media, downplaying a journalist’s job to report facts. Contrary to Roque’s claim, in July 2021, President Rodrigo Duterte was declared as one of the 37 “Press Freedom Predators” by Reporters Without Borders, an international non-profit and non-governmental organization that safeguards freedom of information, further solidifying the administration’s attack against the country’s journalists. According to the organization’s World Press Freedom Index, the Philippines places 138th out of 150, noting its crackdown on the country’s journalists. It's the oppression and violence against journalists that labels the Philippines as one of the most dangerous countries in the world to pursue the profession.

Straight out of a dictator’s playbook

Pursuing news reporting in the Philippines was never an easy endeavor; it created a challenge for journalists to catch misinformation before it spreads to wider platforms. In a 2017 study by the University of Oxford, the Duterte camp spent an estimated ₱10 million for its troll farm to express support for the administration and propaganda against its opposition. Lies expressed online, like the infamous remark of using gasoline to clean face masks, spliced videos that rephrase a public official’s statement, or troll attacks on hard news have become difficult to trace given the vast spaces of the digital landscape.

According to a Pulse Asia survey in September 2021, 44% of Filipinos get their news from Facebook, while only 10% check news websites. In a report by Rappler in February 2021, researcher and writer Vernise Tantuco noted that misinformation and disinformation are frequently unchecked on messaging platforms such as Facebook Messenger, WhatsApp, and Viber, which makes them more difficult to verify. Notably, as of November 2021, Facebook houses 95,700,000 Filipinos in the Philippines, making users prone to encountering fake news more often.

Hence, the mindless spreading of misinformation becomes a complex reality that citizens face daily, with much depending on news that sounds good to them more than what sounds real.

In August 2021, the City of Manila encountered an influx of citizens who lined up at four different malls for the COVID-19 vaccines one day before the implementation of the enhanced community quarantine (ECQ). This was followed by misleading and fake information posted on social media, stating that unvaccinated citizens will not be allowed to leave their homes. Citizens cued as early as 2:00 a.m., and the likes of Manila food vendor Ofelia Gonzales who did not reach the cut-off for the vaccine that night shared to Reuters, “...If they keep extending the lockdown, who will provide meals if we can’t get out?”

While the shutdown of the ABS-CBN franchise in 2020 is nothing new, it became a clear-cut sign of how the administration treats today’s reporters. The Philippine Center for Investigative Journalism (PCIJ) recorded at least 200 cases of attack against the media from state agents, including the military, local government officials, and national government authorities since Duterte took office in 2016. University of the Philippines Diliman’s former Dean of the College of Mass Communication Luis Teodoro said in a 2019 forum by Freedom for Media, Freedom for All Network, that journalists were always threatened, be it through the print, radio, or the cyberspace.

Ressa’s Nobel Peace Prize recognition for upholding and protecting the freedom of expression in a country whose democracy is abused puts everything to perspective: The Philippines is not truly free, no matter how many times the administration says it is.

It’s clear that Filipinos have become the victims of seemingly controlled information by the government. The latter has constrained our sources of information, swaying influence over opinions, and ultimately, decisions. The Duterte “legacy” painted headlines with its incompetence and repression against its citizens, manipulating media to show only part of the reality this administration has created.

However, the battle against misinformation and incompetence must come to its conclusion. While the 2022 national elections are nearing, the hard facts are crucially important and must be at the forefront of every citizen’s source of information.

At a time when the truth is boxed in, we must stand with journalists in upholding the truth behind the administration’s brazen tactics. As ordinary citizens, we should do our part in unlearning misinformation and disinformation, and instead push for honesty and transparency from those in power. Let us exhaust our calls to the government to hold themselves accountable for controlling our media.

When an oppressive administration fears the truth, it suppresses it in all ways possible–by threatening journalists, shutting down news outlets, or even killing them with cold hands. Now is not the time to stand idly by.

This article is also published in The Benildean Volume 8 Issue No. 1: Redacted.