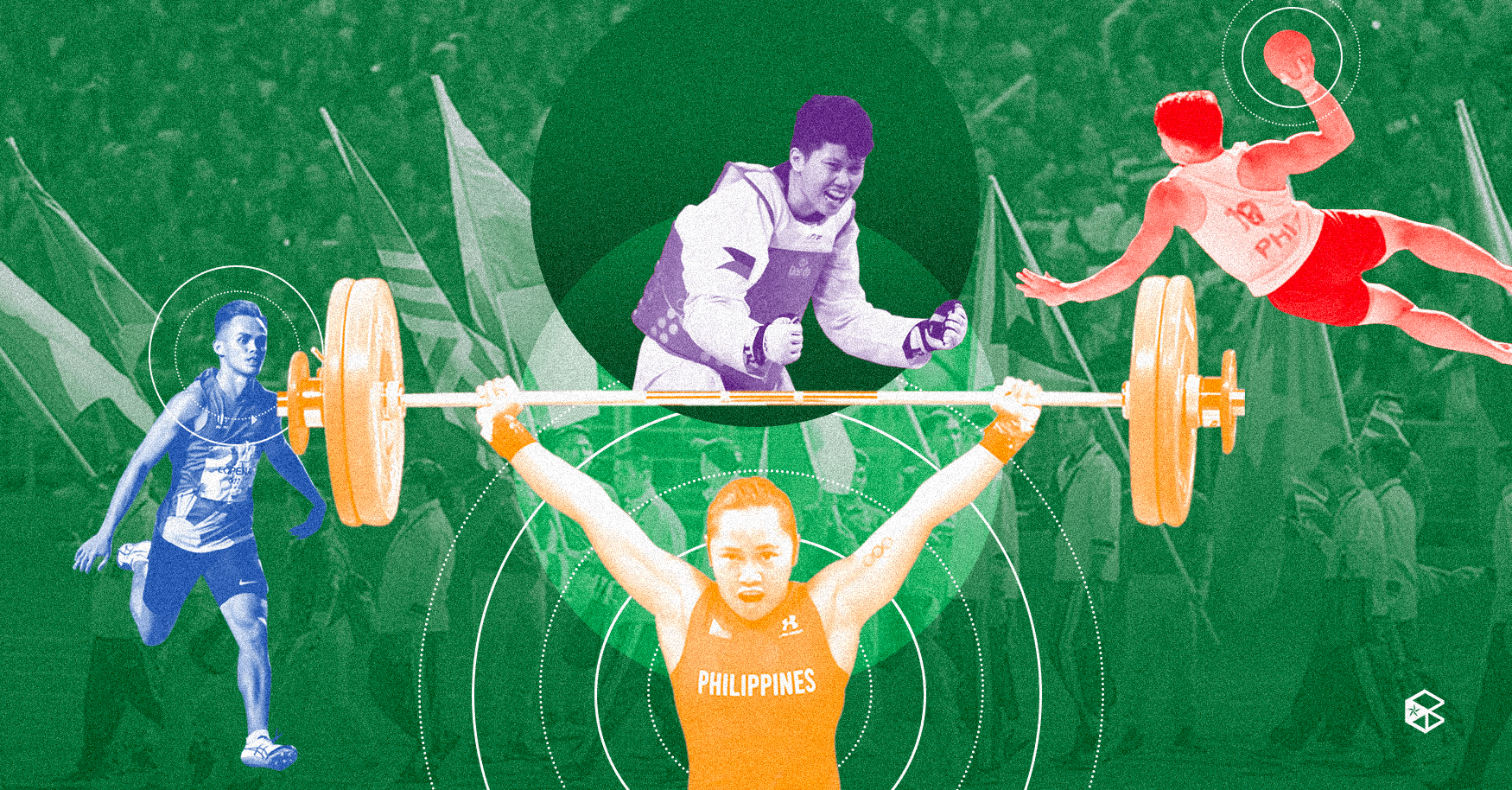 One coach, three current students, and six alumni from Benilde Manila and Benilde Antipolo donned the country’s colors as they nabbed medals in this year’s SEA Games.

Ten Benildean athletes from seven different sports beamed with hope and pride as they represented the Philippines in the 31st Southeast Asian (SEA) Games from May 12 to May 23 in Hanoi, Vietnam.

As the SEA Games officially opened its doors to 11 nations after being postponed in 2021, 641 Filipino athletes including one coach, three current students, and six alumni from Benilde Manila and Benilde Antipolo proudly donned the country’s colors in different sporting events. Six of the country’s SEA Games medals were earned by Benildean athletes.

Benilde Antipolo alumnus and Asian youth champ Merwin Tan broke the country’s 11-year gold medal drought in bowling after garnering a total score of 1,292 to poise a snatched victory against Thailand’s Yannaphon Larpapharat, who finished with 1,286 in the men's singles event of bowling on May 16. Three days later, Tan led the men’s bowling team in winning another gold by dominating the team-of-four event with 5275 pinfalls.

In an interview with ABS-CBN News, Tan considered his triumph as an unexpected yet elating achievement, “I was just trying to execute well, make good shots and maximize every frame. It was only after we tallied the scores after the match did I realize I had won,” Tan said.

Marian Lara Posadas, an alumna from the Hospitality Management Track who bagged bronze in the 2019 SEA Games, is also among the pool of Filipino bowlers who represented the county in the biennial games.

Benilde Antipolo’s Van Jacob Baccay, a Marketing Management student, and the DLS-CSB Blazers’ strength and conditioning coach Mark Vincent Dubouzet represented the country as they completed the PH beach handball roster and successfully clinched a silver medal, finishing with a 2-0 run against Thailand on May 6.

Hailed as the key players during the second frame, Baccay and Dubouzet took turns in scoring goals, leading the way for the Nationals to surpass their bronze-medal performance in the 2019 SEA Games. Dubouzet was also a top scorer for the Nationals in the 2019 Asian Championships after showcasing his exceptional leaping ability, which enabled him to execute sharp in-flight and spin shots.

Meanwhile, Tomas Luis Telan, another Marketing Management student from Benilde Antipolo, also ushered the Nationals in bringing home a medal after serving as one of the team’s coaches.

After finishing first in the 4x100m Mixed Relay of the 30th South East Asian (SEA) Games, Computer Applications alumnus Anfernee Lopena took another shot at attempting to earn another gold for the country this year.

However, he and his teammates Clinton Bautista, Francis Medina, and Eric Cray were not able to extend their medal streak in the said sporting event, as it has been removed from the biennial meet.

The three-time SEA Games champion and Export Management alumna Kirstie Alora stunned the country once again as she added another silver to the Philippine medal haul after bowing to Vietnam in the Women’s Kyorugi - 73kg taekwondo event last May 18.

Alora won her first SEA games gold at the age of 14 and eventually earned her first Olympic berth in 2016 after landing second in the Asian Olympic Qualifying Tournament (OQT). Unfortunately, the 32-year-old veteran snapped an almost back-to-back appearance after losing to Uzbekistan in the OQT.

Despite failing to land another podium finish in this year’s SEA Games, Human Resource Management alumnus and team captain John Vic De Guzman continued to pilot the PH men’s volleyball team in the battle for fifth place, where they successfully edged out Myanmar 26-24, 22-25, 25-22, 27-29, 16-14.

The veteran hitter also served as the squad’s team captain in the 2019 SEA Games where they dethroned Thailand and finished with a silver medal. John Vic is an Air Force reservist and an actor who starred in several movies and TV shows.

The Consular and Diplomatic Affairs (CDA) alumna Agatha Wong continued to deliver for Team Philippines after bagging a silver in taolu taijiquan and a gold medal in the women's taijijian event on May 15.

While the 23-year-old Wong initially did not keep her hopes up, as she only trained for two months, she ended up stunning the judges with her gold-winning performance to earn her fourth SEA Games gold medal.

Despite being one of the most-sought after athletes in the biennial meet, the 31-year-old Zamboangueña did not take the competition for granted as she considers this year’s SEA games as preparation for the Paris Olympics in 2024–her team’s ultimate goal.

In an interview with Inquirer News, Diaz expressed her plan in anticipation for the Paris Olympics, “The plan is to keep competing until the Paris [Olympics in] 2024. If there’s also another weightlifting event in Cambodia [in 2023], then I’ll also compete in that SEA Games.”