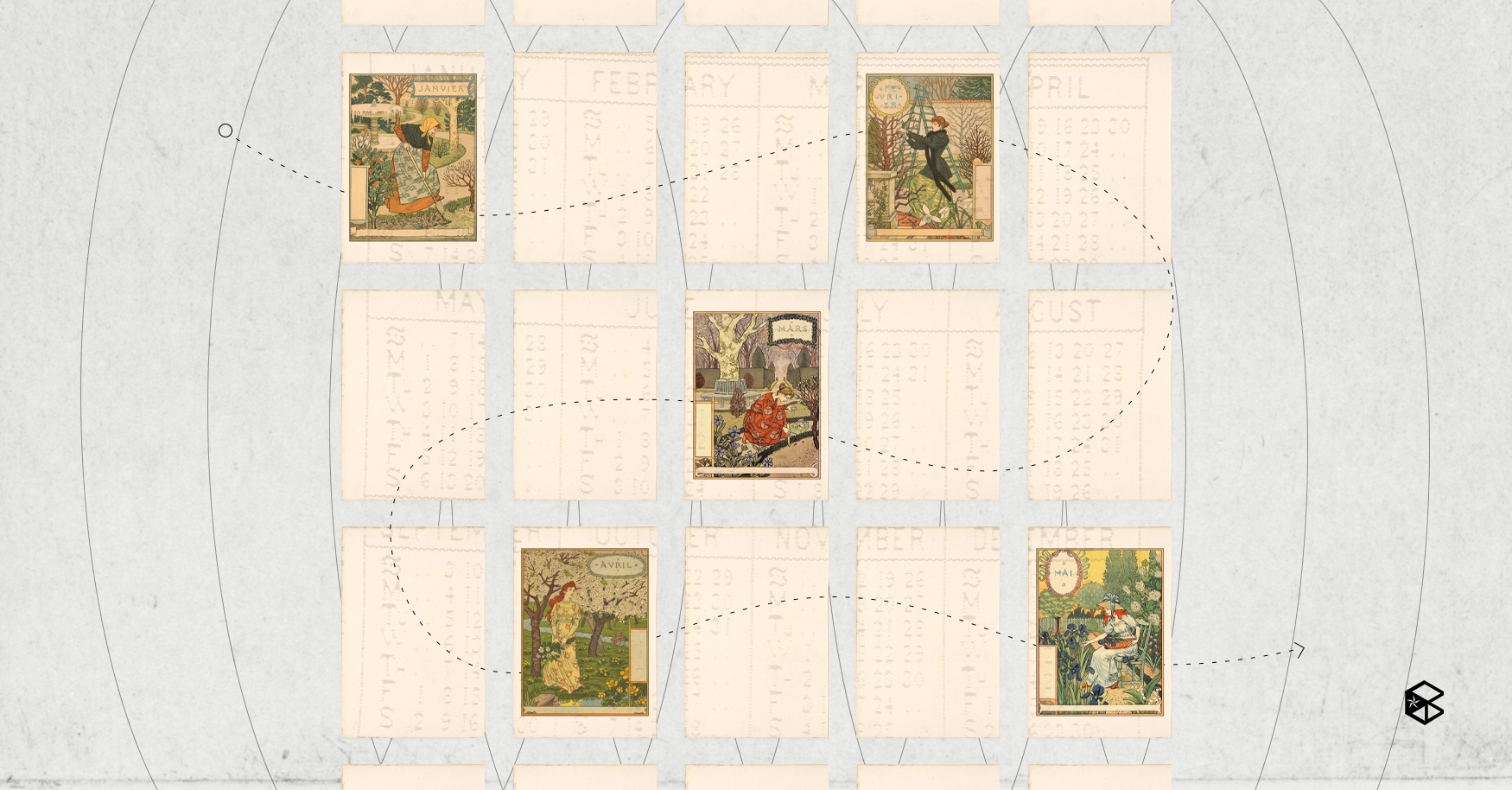 How many times will it take until this never happens again?

I met January when the sun set in the winter. She did not carry the frost that her older sister lodged in her own chest. The ice that used to coat her arms left a puddle under her feet, reflecting the daybreak outside, the faintest hints of warmth. Hope blossoms as a bouquet in her stomach

and February inherited that, like she is Cupid's reincarnation, like she learned how to fly with the western wind god. They made trips around the world carrying the pollen from petals that came out of her lungs, and people inhaled the sweet scent of spring and yearned for a new kind of love. Love hovered in the proximities that separate people from each other

until March bloomed within that space. She tells me "it's near" as she stretched her arms on either side of her and she interlinks them with other limbs,

but April was hotheaded and complained about heated skin. So she broke the human weave in a fit of annoyance, complaining about the sun muddling her thinking, how surfaces were too hot to the touch. She kept rubbing her fingers and squinting at the striking sun, like it

carried a premonition in the form of May. She is March reincarnated, as she sprouted from the burnt soil where April's ashes were smeared in. I still feel April's knitted eyebrows and March's forecast, now May is here as a transition into monsoon and nobody would have prepared us for this. The dirty yellow that came with her entrance darkened into something gloomy enough to blind people's eyes. I cannot pinpoint when it will sun or rain so she ended up humid and inseparable from my flesh,

so when June came in I felt the drizzle prick into my pores. I know a hurricane will fall upon us. And June will never know the trees she uprooted and the houses she destroyed from when she turned out wrong last month. The people are left homeless under the rain, they do their best to make something out of the water with trembling hands—like a castle, or gather enough water for a flood, so they can still feel as if they own something they created in the first place, so they can drown the months that have passed.

And maybe it is possible; this isn’t the first thunderstorm we ever experienced. We know the typhoons will act as if they will stay here for a lifetime, so we should gather our pails and basins. Collect the rainwater, share the teardrops. Plant the trees and flowers. Shove the petals of late spring into our mouths and love something much bigger than us.

Something has always been waiting to have its affections returned.

Tags: IntoStory
Tweets by TheBenildean
Printed from http://localhost:3000 on 2 February 2023