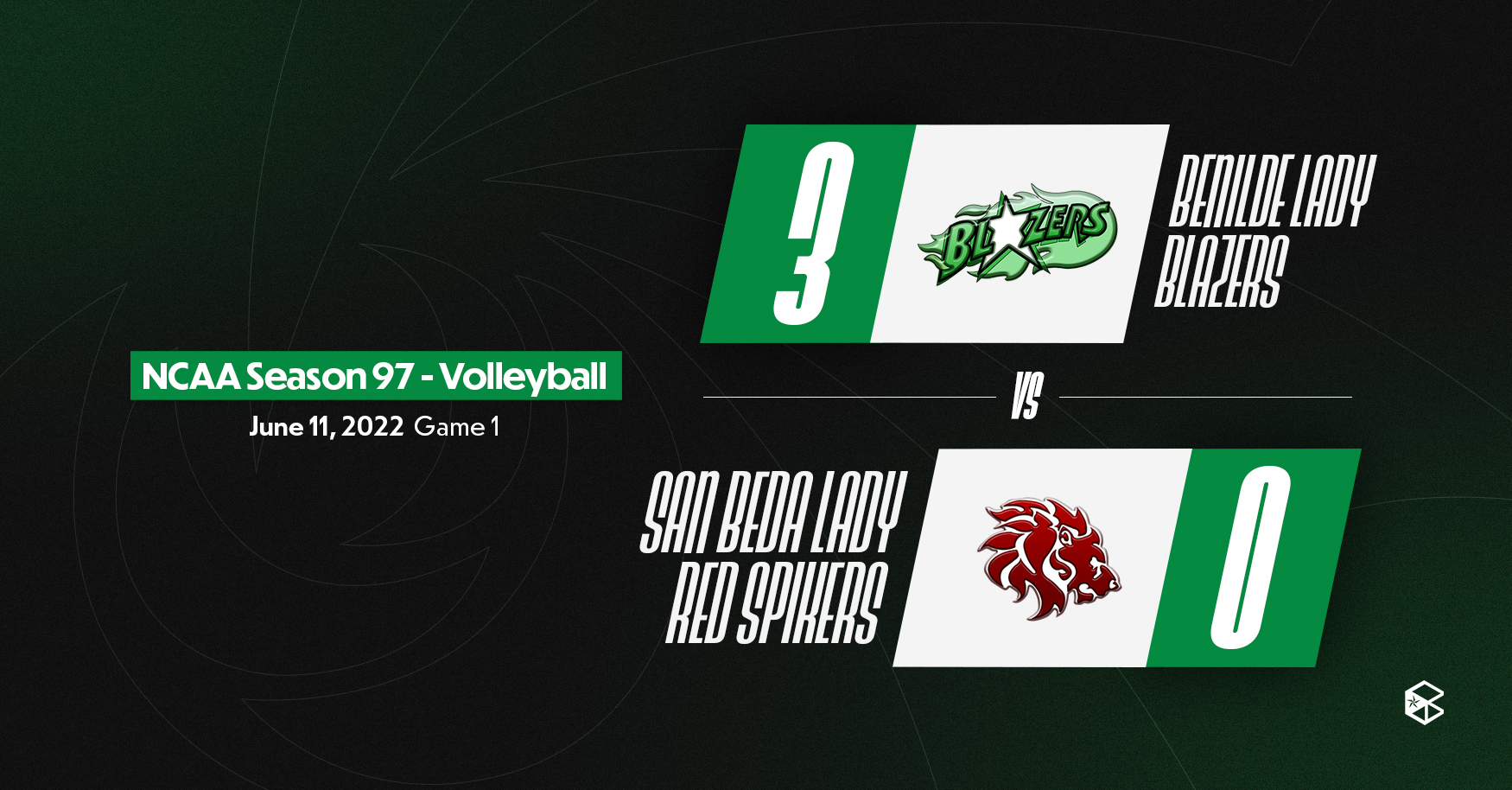 The Lady Blazers’ journey to bring back the crown to Taft commenced yesterday with a win against the San Beda Lady Red Spikers.

The De La Salle-College of Saint Benilde (DLS-CSB) Lady Blazers pick up where they left off in Season 95 as they open Season 97 with a straight set victory against the San Beda University (SBU) Lady Red Spikers on Saturday, June 11, at the Paco Arena Events and Sports Center, Manila.

The Lady Blazers were set to dethrone the three-time defending champions of Arellano University (AU) Chiefs in the NCAA Season 95 with their clean 7-0 slate. But with the COVID-19 pandemic cutting their rally short, they once again start their campaign with SBU.

San Beda was able to keep up with Benilde in the following set, as multiple service errors were committed by the latter team. Lady Blazer Michelle Gamit then added fuel to the fire to regain the team's momentum of leading by double digits. Go then successfully blocked the last ball to win the second set, 25-13.

It was a nip-and-tuck affair for the Lady Blazers as the Lady Red Spikers were able to simultaneously conduct and end long rallies between the teams. However, Gayle Pascual of Benilde, continued their campaign to end the match with a 3-0 straight set win, 25-15. Pascual also was crowned as the player of the game, having scored a total of 10 points.