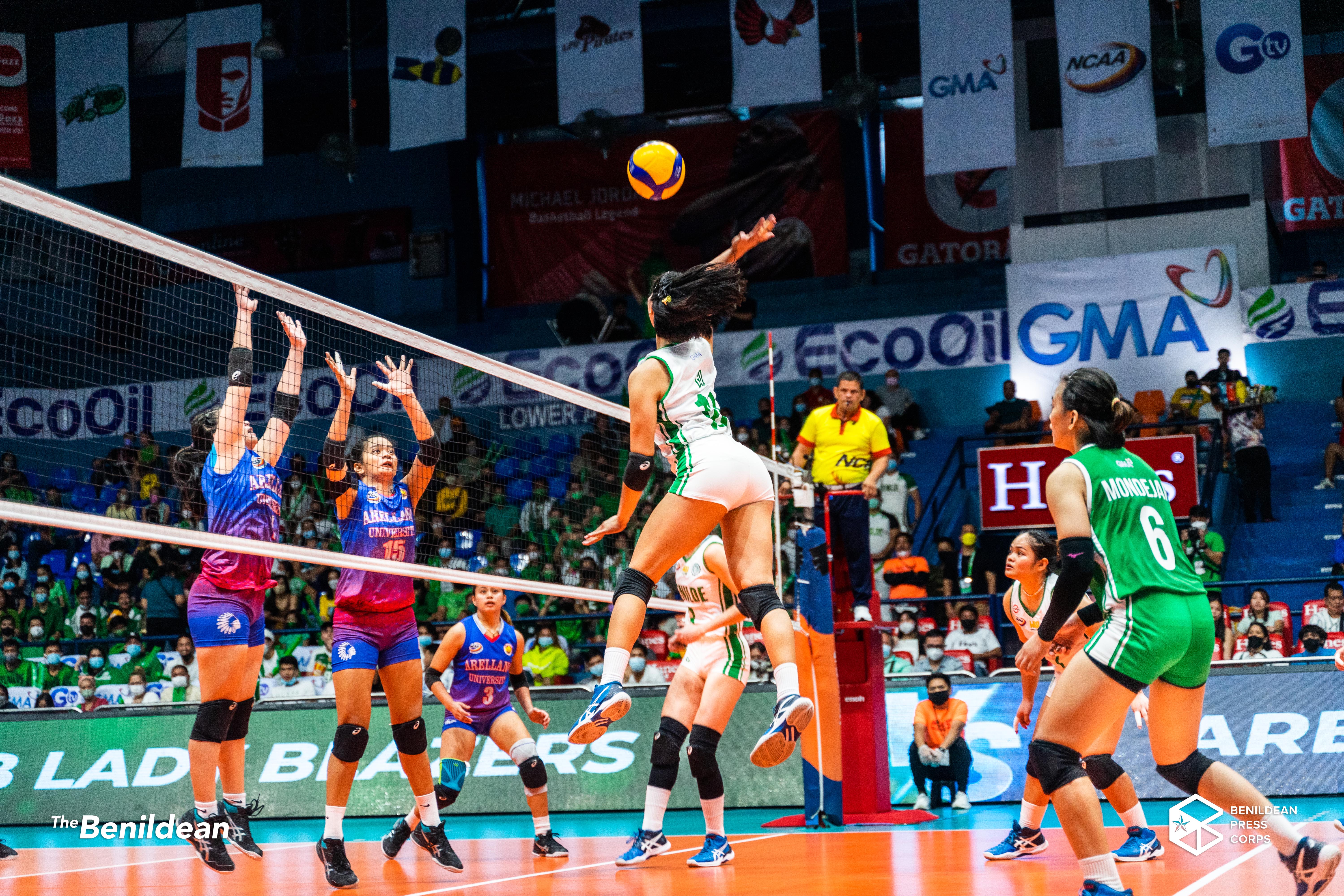 After conquering Game 1, the Lady Blazers are now a win away from sweeping the season and winning the NCAA 97 women’s volleyball championship title.


Coming from a 12-day break, the Lady Blazers hardly showed any hint of complacency as they opened the game with a 4-0 run until Lady Chief team captain Carla Donato ushered her team to stop the bleeding and keep pace with the Lady Blazers, 11-9. Jitters started to kick into the Lady Blazers when team captain Mycah Go committed two consecutive errors that tied the lead to 11, followed by a deadly spike by AU rookie Pauline De Guzman which gave the Lady Chiefs their first lead, 11-12. But Go quickly redeemed herself and led her squad to pull off a reversal with two consecutive powerful hits to close the first set, 25-21.

The Lady Blazers, despite being plagued with eight errors in the first set, came off fiercer the second time around and unleashed their usual dominant flair storming to 10-4. Aching to stop the bleeding, the Lady Chiefs tightly gripped on their blockings to chase the unbeaten green squad, 17-9, but Benilde took every opportunity to impose their might with Gayle Pascual stepping up for her squad and slamming for a 20-10 advantage. Michelle Gamit fueled the team’s sterling run by knocking down the Lady Chiefs with two kill-blocks to end the second frame, 25-11.

After tucking away the second set, the Taft squad stretched their dominance even during the early third set with a four-point lead, 4-1. The Lady Chiefs tried to swing the momentum to their favor after drilling back-to-back points, but they simply could not break the icy composure of the Lady Blazers who hung tough and did not allow the Arellano squad to threaten, 12-6. Although the Lady Blazers delivered in every aspect, their impressive blockings throughout the game served as the key to locking their first win in the best-of-three finals.

The Benilde Lady Blazers will be facing the Lady Chiefs for Game 2 on Friday, July 22, at 2 p.m., at the same venue with a live telecast on GTV, GMA Sports, and NCAA Philippines.