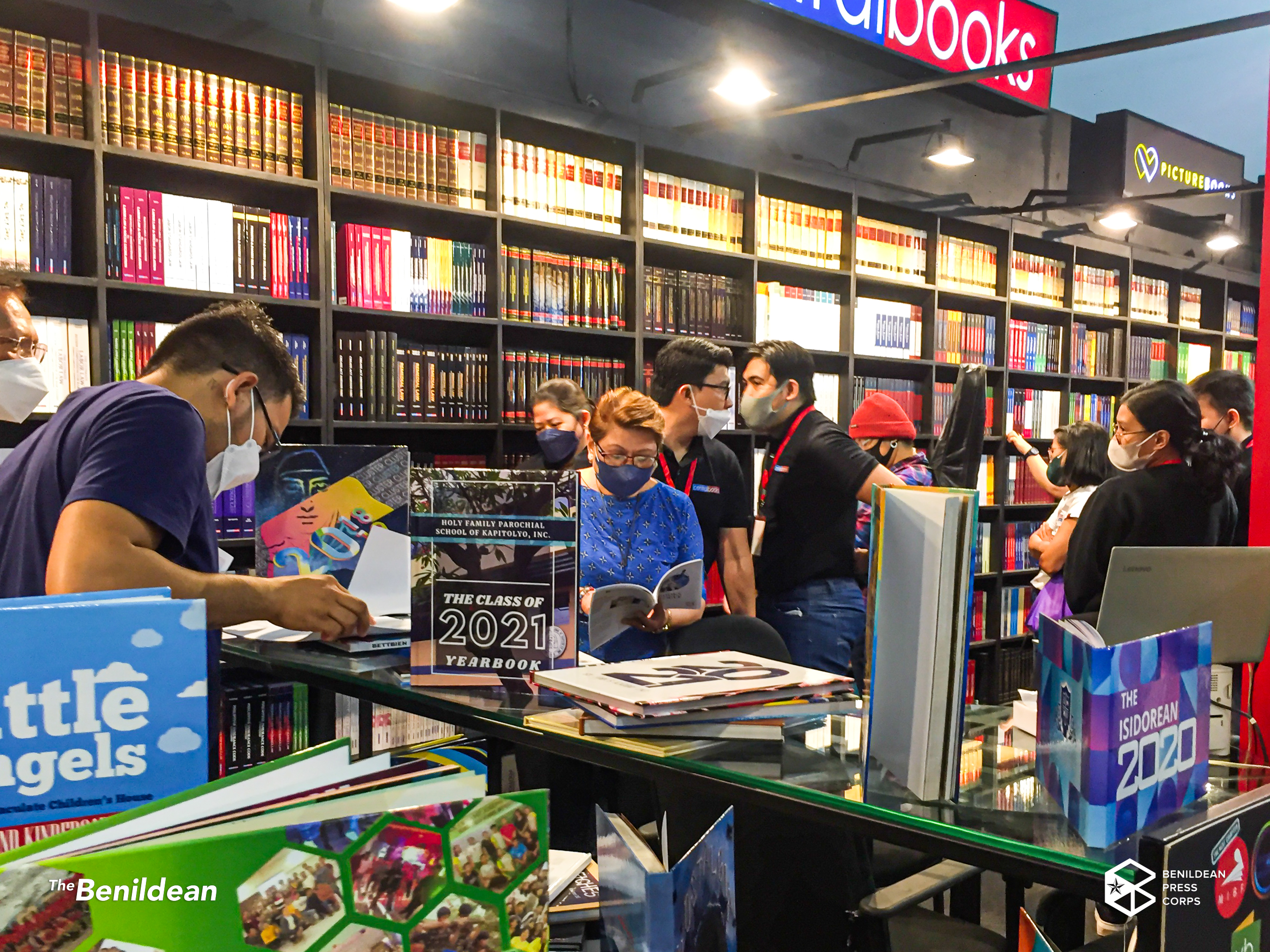 Look back on #MIBF2022, the Philippines’ largest and longest-running book fair, as it again sheds a spotlight on local literary talents.

Making its physical comeback after two years, the Manila International Book Fair (MIBF) returned to the SMX Convention Center in Pasay City on Sept. 15 to 18. The country's largest and longest-running book fair was flocked by mask-clad visitors browsing local and international publishers and their favorite authors.

Forums, book signings and launches, and live readouts were also held, featuring acclaimed authors and artists who have made notable contributions to modern art, literature, and media.

The early bookworms catch the deals

As early as 8:30 a.m., literary enthusiasts were already spotted gathering inside the venue, and by 10:15 a.m., the waiting line extended outside and towards the other block due to the overflowing mass of students, parents, and children. Yet, after the official ribbon-cutting ceremony, many were quickly drawn to the vast collection of book genres that MIBF had to offer.

Strikingly, the most common book stalls were related to religious and academic texts, which their customers highly acclaimed because of their discounted prices.

Surprisingly, only a limited number of stalls offered international texts, some of which were Phindbooks and Wattpad. Despite both of these stalls pulling a generous amount of customers, they could not beat the graphic novel enthusiasts, where fans of various comic book genres from Marvel and DC, and Japanese mangas, were available at the stalls of Comic Odyssey and Tankonbon Manga, respectively.

Yet, what made the event feel complete was the presence of the Philippine literary texts, alongside dozens of local authors—it was a celebration of Filipino literature. More particularly, “Indie Village,” a set of stalls at a corner in the MIBF, was the heart of offering the most recently published Filipino novels. Renato Tranquilino, a science fiction author, was one of the Filipino writers in that area who took the opportunity to endorse and sign his latest book, “Fate of a Distant Future.” He believes that someday, science fiction will become the forefront of Filipino literature and cinema, and he aspires to be its catalyst.

This year’s MIBF presented more than just stories on pages. As the central theme from Star Wars played throughout the venue, Lightsaber Training Academy sessions and cosplay parades were held at the fair. In addition, the Royal Norwegian Embassy in Manila made an appearance at the event and hosted “Stories from the North,” live readouts on the convention center’s stage by Norwegian writers Håkon Øvreås and Kristin Roskifte. The online literature platform Wattpad collaborated with Spotify to stream podcasts by Wattpad authors that will cover their personal stories to everyday topics.

Book signings were held simultaneously in different booths, including one by historian Ambeth Ocampo. At the Ateneo Press booth, local poet Ralph Fonte signed copies of his first poetry collection, Ang Kartograpiya ng Pagguho. When asked how he could produce poems in eloquent Filipino, he recalled going to the library to read through dictionaries, finding words that interested him, and learning to use them in pieces by playing around with them. He noted that such words would not truly mean anything until we give them new life.

Pinoy komiks stronger than ever

MIBF has also witnessed book launches from several literary heavyweights, such as PSICOM Publishing, Pol Medina Jr., and Carlo Vergara. Medina Jr., the mind behind Pugad Baboy, returns with the fourth addition to his Blood of the Shinobi series. Blood of the Shinobi was his first English graphic novel, a Pugad Baboy spin-off set 33 years after the events of the latter book. A fifth book is due to come out early next year.

Zsa Zsa Zaturnnah also sees a comeback with Zsa Zsa Zaturnnah: sa Kalakhang Maynila. Created by Vergara—who is also a professor at Benilde—Zsa Zsa Zaturnnah is the alter ego of Ada, a gay beautician. Though a tribute to Mars Ravelo’s Darna, Zaturnnah takes a story of her own as the series tackles the experiences and issues within the LGBTQIA+ community, thus forming its cult following. Vergara hosted a book signing and raffle during the book launch. Giving a few words of advice, he told creatives to decide to be the spark of change. Genuine art will be awarded recognition.

Penlab, a platform for local komikeros to share their works, also had a booth present. They marketed the recent launch of their application by giving the chance to win a tote bag and free comics published on their site.

Though it was physically gone for two years, MIBF returned stronger than ever for its 43rd celebration. As the Philippine Daily Inquirer once stated, MIBF symbolizes more than an event. It is a haven for readers and writers, all coming together for the love of literature. The longest-running book fair cements how Filipino literature will only grow and continue for decades more.