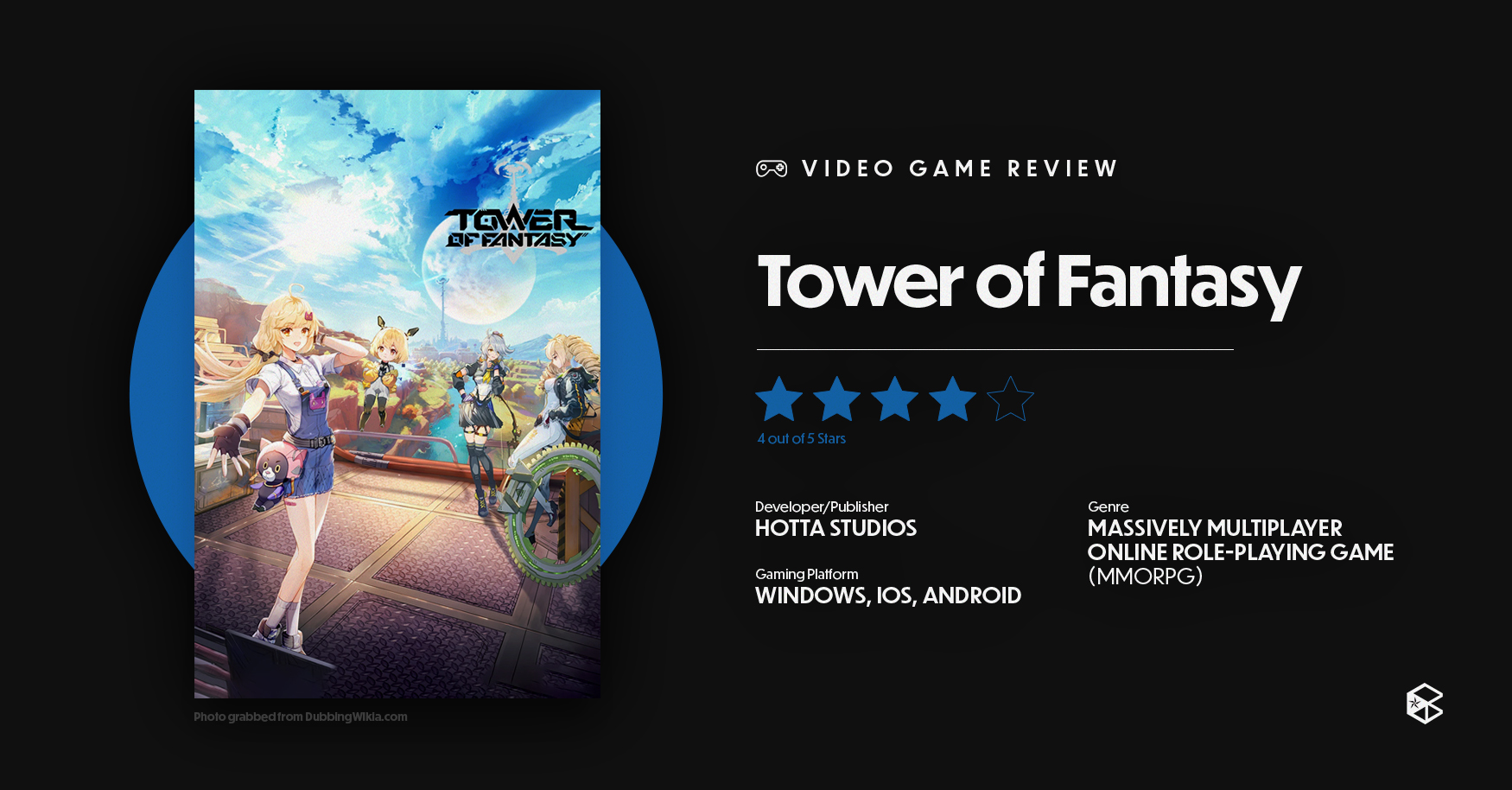 Embark a journey over post-apocalyptic Aida in Tower of Fantasy

In the dawn of Genshin Impact’s 3.0 Sumeru update, Cookie Run Kingdom’s crossover event with Disney and a plethora of updates coming ahead for games of the gacha genre, the market grows ever larger with the new MMORPG, Tower of Fantasy, which has launched on servers worldwide on Aug. 10.

Initially released in China in 2021, Tower of Fantasy has since gained more attention than Genshin Impact in terms of popularity and appeal.

A daring adventure in a new world

Tower of Fantasy follows a prologue where a pair of Wanderers, explorers sent by the humanity’s highest order in the planet of Aida called Hykros, get attacked by a group of hounds afflicted by a mysterious infection called Aberration. The player gets to pick a Wanderer of their choice before they attempt to escape the hounds. It is then that  the Wanderer embarks on an adventure to travel around the planet of Aida to disable the Omnium towers, regional towers that gather a potent yet finite resource called omnium, and discover the truths of Hykros and the antagonistic organization plaguing its lands, the Heirs of Aida.

Like Genshin Impact and the Legend of Zelda: Breath of the Wild, Tower of Fantasy has a very sophisticated exploration system where the player can jump around, glide through the skies, and dash through various obstacles. The game utilizes an array of devices called relics which are obtained from ruins found across the continent. Players get to deploy only two relics at the same time, but each relic varies in purpose and helps with certain obstacles in the terrain.

For example, the “Omnium Handcannon” is a relic that allows the player to create two omnium pillars from a target area to which players can climb on to. While the “Strange Cube,” on the other hand, offers a way to clear any movable object with a knock-out force field.

Exploration with friends is also fun, as the game offers an enjoyable multiplayer experience wherein players can help each other in completing joint explorations or simple puzzles to obtain chests. A party can be formed with up to four players while they can achieve more rewards together by creating crews that offer a handful of rewards from doing quests and completing tasks.

Combat is rather simple to understand, but it gets exciting when trying out different combos in order to achieve the most damage per second (DPS). Such combos include charging up a weapon to gain a Discharge skill–an effective way to spice up the battles.

Tower of Fantasy implements a loot box system with an expendable currency system called “gacha,” which allows them access to weapons that come in different elements, types, and enhancement items called “matrices” which strengthen the weapons with its set-bonuses and upgradable statistics.

The game also features an array of cosmetics which include vehicle skins and character skins, which are reserved for SSR weapons and their Simulacra which is acquired by obtaining three copies of the same weapon.

Despite the engaging customization features and variety in characters, Tower of Fantasy is much like any other gacha game, which means acquiring the top-tier weapons, items, and cosmetics come with abysmal chance rates, along with the difficulty of acquiring more nuclei as players further whittle out the chests in the map (which can take days to refresh.)

Tower of Fantasy, at first impression, may seem like another ploy for a veteran Genshin player to dub as just another weak copy of the latter, but Tower of Fantasy has definitely put effort into building up its own identity as an MMORPG. Players are guaranteed a high-quality game with an even more promising future, especially with more patches being translated from the Chinese version to the global release, such as the addition of new characters to the roster.

Overall, Tower of Fantasy is an enticing game with a lot to offer, from its enjoyable customization settings and combo-driven gameplay to its multiplayer exploration and activity variety.

Tower of Fantasy is free and currently available for Windows, iOS, and Android.