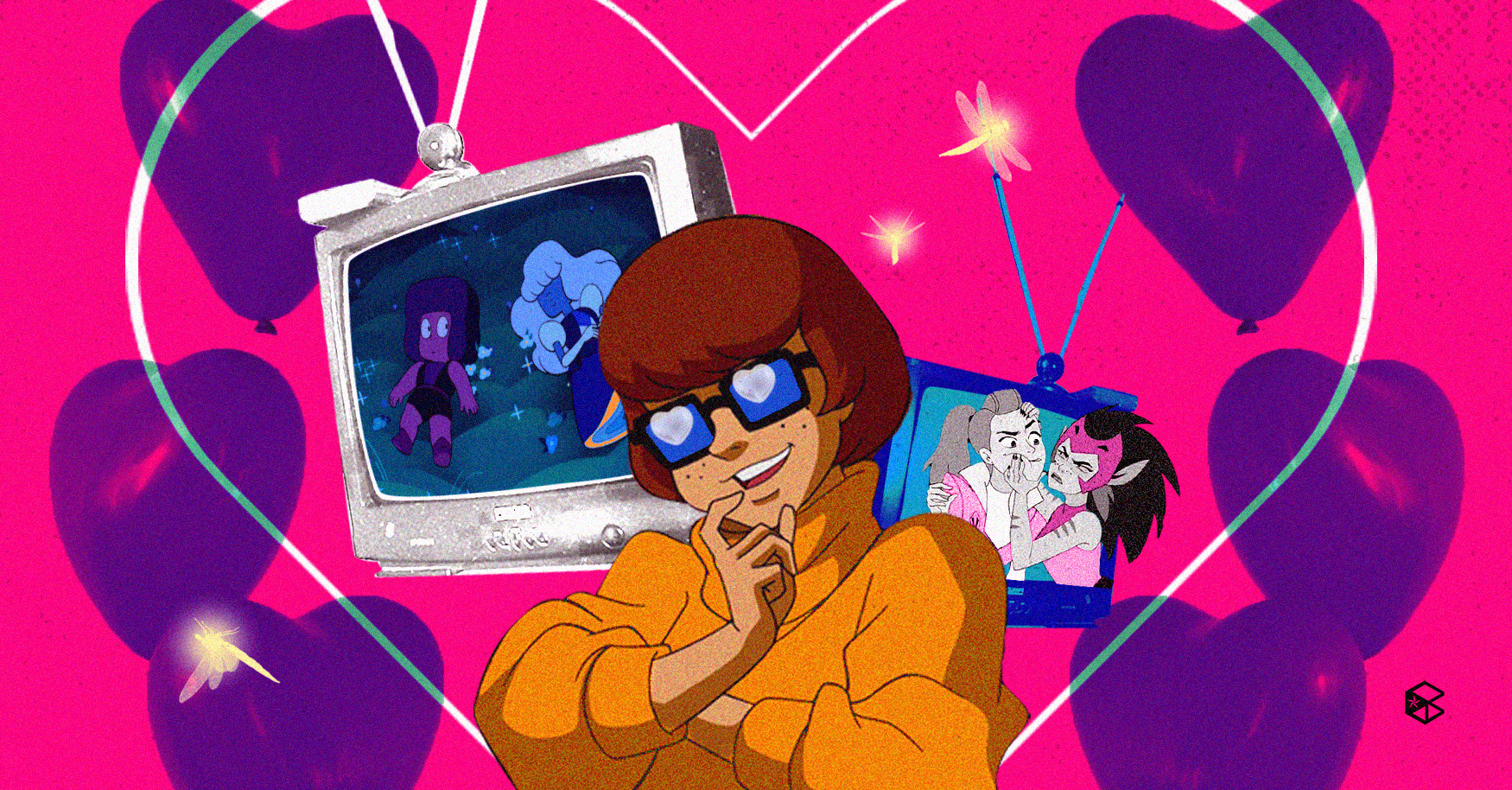 Go through the different iconic lesbian characters in animation, learn who they are, and bask in the censored, the vague, and the flat-out adorable.

For the most part, modern animation has pushed the boundaries of LGBTQIA+ representation. With a few queer bait-y lesbian characters out the way, we find a diverse array of hand-drawn lesbian characters impressive enough to go as far as outshining their live-action counterparts.

Rising from an unexpected place, this flurry of animated LGBTQIA+ characters, especially lesbians, have slowly infiltrated our screens, hidden in plain sight. Though modern animation’s love for inclusivity is visible, there isn’t any denying how sudden it could feel if one didn’t see everything unfold into what list of lesbian characters we now have.

While the timeline can be drawn out further back, it begins with characters that were so obviously queer but weren’t provided the chance to shine given the time it came out.  First up on the list, without much need for introduction, is the sparkly duo of Sailor Uranus (Megumi Ogata) and Sailor Neptune (Masako Katsuki) from the already-iconic television show and manga “Sailor Moon.” Despite what a strong fandom it has now, this couple faced the horrors of being released at a time when audiences saw less LGBTQIA+ representation in general.

Always seen out together, faces barely two inches apart—kidding—Sailor Uranus and Sailor Neptune were extremely intimate. Their stunning presence together was only toiled and erased by being called ‘cousins.’ Though a product of its time, these two were able to remain a classic in the realm of lesbian couples in animation.

Transitioning over to the late 2000s wherein one-off characters Kitty (Barbara McCulloh) and Bunny (Lori Ann Mahl) from “Courage the Cowardly Dog” suffer a similar fate without the complete erasure. Only confirmed as a couple through a tweet by the show creator, John Dilworth, these two were called ‘best friends’ on the show itself as Kitty saves Bunny from a toxic boyfriend named Mad Dog. While it seems that Bunny could be bisexual, Kitty, on the other hand, has an apparent dislike of dogs, including Courage—a clear allegory to a dislike of men.

Did somebody say lesbian?

Where would we be without “Steven Universe?" Released in 2013, the show could be considered one of the most significant movements in animation toward queer inclusivity. It delivered quite a cast of lesbian characters, including but not limited to Pearl (Deedee Magno), Bismuth (Uzo Abudah), and the married couple Ruby (Charlyne Yi) and Sapphire (Erica Luttrell). While the show doesn’t acknowledge the characters as women, only as sentient alien rocks, they continue to use she/her pronouns.

While clearly expressing attraction for feminine-aligning characters, the show also boasts of having a musical gay wedding between characters Ruby and Sapphire. Right before the show ended in 2018, Netflix’s “She-Ra and the Princesses of Power” twists the rivalry between the main characters Adora (Aimee Carrero) and Catra (AJ Michalka) into a finale blast of a lesbian romance.

While Adora and Catra go back and forth, trying to one-up each other with every confrontation, the penultimate reveal of said romance became divisive among the fandom at the time. Some say it just made sense, seeing hints being planted across the show, while others argue it was a toxic relationship with the majority of Adora and Catra’s interactions having them fight.

Although all these characters were intended to add lesbian casts to the list, there still seems to be an odd disconnect between its viewers and the lesbian community. However, the doors for in-your-face representation are wide open.

It’s the 2020s, queer representation is at an all-time high, and the homophobic masses have ironically said it best, “everything’s gay now.” Animated shows are popping out left and right, each with a queer character or two, with no beating around the bush this time. One great example would be local lesbian witch Amity Blight (Mae Whitman) from Disney’s “The Owl House.”

Canonically, Amity the witch dates the show’s main character, Luz Noceda (Sarah-Nicole Robles). She would constantly call Luz her ‘girlfriend,’ visibly blush around her, and have a fully-realized build up into the romance—a massive step for lesbian characters from the previously mentioned.

Recently, after the release of HBO Max’s movie Trick or Treat Scooby-Doo!, fans were treated with a direct confirmation of Velma’s (Kate Micucci) attraction to girls, which was vaguely hinted at during “Scooby-Doo! Mystery Incorporated” in the 2010s. What was once only implied now boasts an out-of-the-closet Velma, free from any sort of early cartoon homophobia.

While Velma’s confirmation as a lesbian from subtext to canon and Amity’s no-punches-pulled attraction to girls are impressive, audiences must continue looking for improvements. “Scooby Doo” is a massive franchise, with millions of fans that had to push with theories for years for it to be canon. On the other hand, “The Owl House” got canceled, despite having a big fandom, because upper executives thought that, according to creator Dana Terrace’s Reddit post, the show didn’t match Disney’s ‘brand.’

Despite the awe it was to look through the many lesbian characters in animation, much work still needs to be done. While animation strives to continue expanding its horizon, it only becomes a turning point to what progress lesbian characters have seen in just a few years.