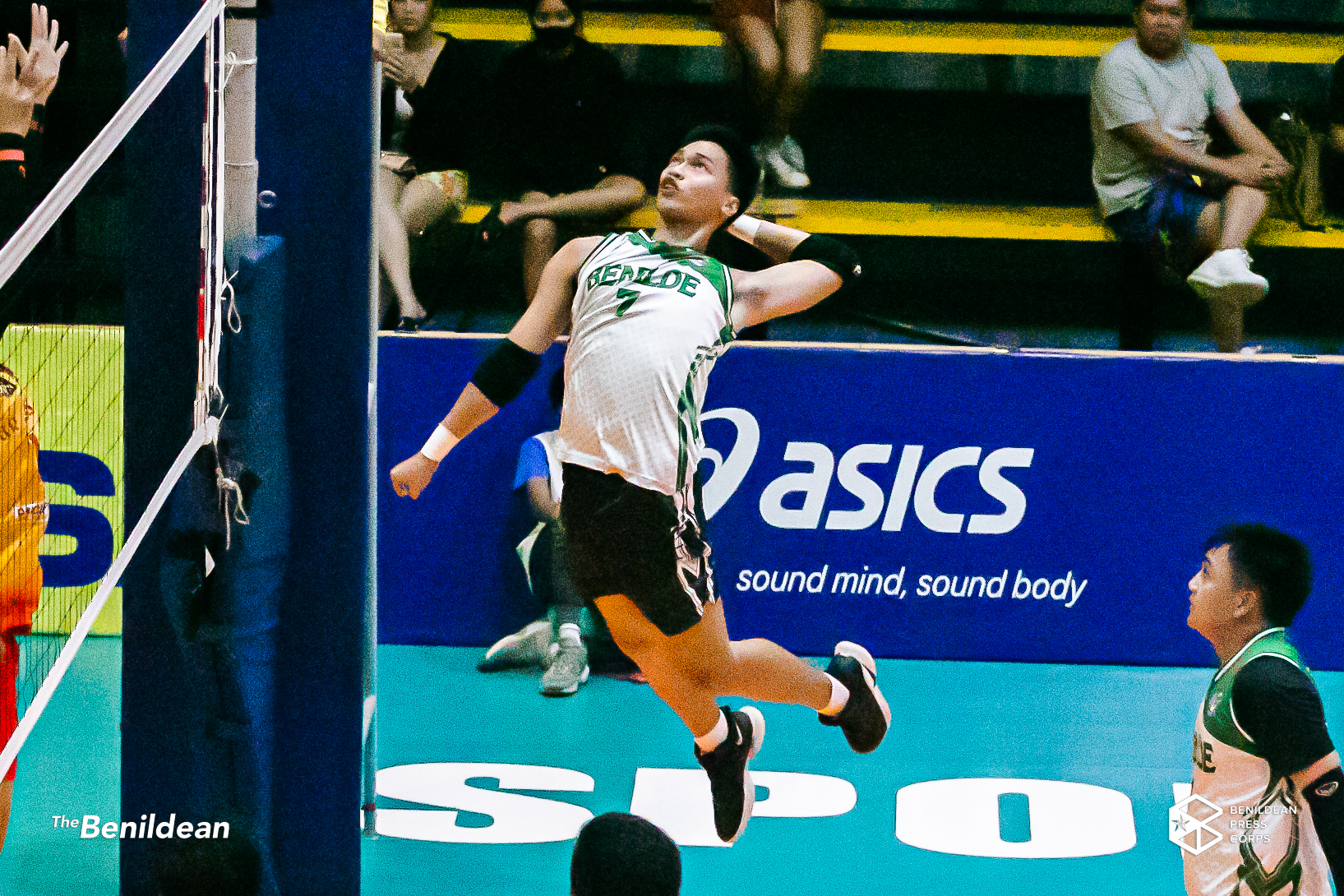 The #BenildeBlazers ended their 2022 V-League journey at 11th place after defeating the SSC-R Golden Stags.

The De La Salle-College of Saint Benilde (DLS-CSB) Blazers finished at 11th place in their 2022 V-League campaign after winning against the San Sebastian College-Recoletos (SSC-R) Golden Stags on Nov. 20 at the Paco Arena Events and Sports Center.

The first set was filled with tight rallies as both parties committed several errors. The scores were rattled with alternating lead changes until Georgie Guani triggered a five-point lead, 11-6. The rallies returned to a close match after a timeout by the Stags, once again triggering alternative lead changes. The Blazers won the first set, 25-23, after a great succeeding play from Jericho Fajardo.

The Blazers started a favorable second set, initiating a 5-0 run before committing a service error. James Laguit was the ace man for the Blazers, with consecutive highlight attacks upon opening the second set. The Blazers' rallies were ought to be successful after tallying a 10-point lead, 18-8, forcing the Stags to make mistakes. The Blazers dominated the Stags throughout the second set, with no room for retaliation, 25-10.

The third set opened with a series of exchanges. With the Stags avoiding their unforced errors, the Blazers had a tough time sealing a comfortable lead. Arnel Aguilar initiated the offensive load for the Blazers with two consecutive attacks. However, Golden Stag Renmart Alba's attacks denied the pesky scoring of the Blazers. The Blazers initiated their second technical timeout with a six-point lead, 16-10. The scoring spree of the Benilde Blazers continued after the timeout to sweep the Golden Stags, 25-15.

Ryan Daculan was hailed player of the game with 12 points, seven attacks, three blocks, and two aces. Guani was also able to chip in double digits with his 14 points.

Team captain Ronley Adviento was unable to join the game due to an injury from their game with the UP Fighting Maroons on Nov. 18.