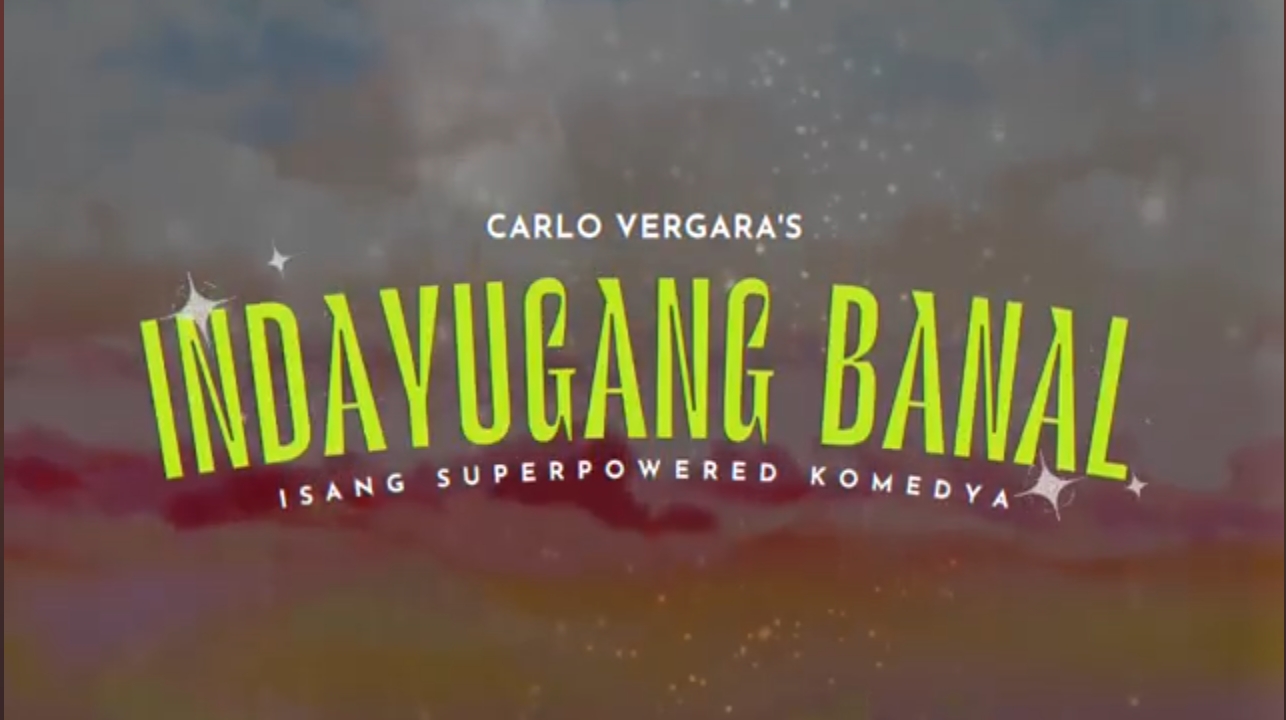 The story of Indayugang Banal is filled with laughs, avant-garde costumes, and cabaret-style musical numbers that mesh the mythological and influential Filipino eras.

Light is cast like an eerie foggy night after rain, the moon is full, the stage is set, and the podcaster (Kiana Aaliyah Cervantes) greets us to the world, quite literally unveiling the darkness. Batch ID 118 and 117 Theater Arts practitioners collaborate and take this new comedic take on Filipino mythologies if they were in the contemporary time of influencers and fan culture as it slowly devolves into faith and something darker.

The direction by Tuxqs Rutaquiao, Gawad Buhay Philstage awardee and Benilde Theater Arts Program chairperson, dramaturgy by two-time Palanca awardee Dominique La Victoria, and the cast of Benildean students appeal to the play's comedic and emotional aspects with justice. Despite a few line flubs here and there—distracting but not anything to completely pull you out of the experience—these actors are professional in how they pick themselves up with adlibs, at times adding more laughter to the experience itself.

Storytime: What’s in store for you?

Multiple themes are touched by the play’s story: popularity and its effect on people, promises, and manipulation, but it all boils down to the complex relationships we have with the people we adore—those we see as heroes. Wherever the crowd goes, so does the power source of these superheroes, questioning whether the superpower is with the hero or the followers.

With each character serving their purpose, characters like Lourdes (Anika Licudan) and Paolo (Miguel Sineng) bring a touch of realism into the story, tackling the struggle to balance passion and career. While Buana (Jana Isabel La Victoria) and Tala (Alyssa Torres) paint a comedic tandem against the aswang, glittering with their otherworldly costumes.

Yet there is a looming presence of more things brewing behind the fog. As aswang forces get stronger, a mysterious being promises to give the superheroes something they’ve always wanted. Filled with surprises including musical numbers from the trickster god Sitan and an iconic dance performance from the scene stealer Tala, each surprise will leave your mouth wide open from an intense revelation or a show-stopping comedic bit.

For ₱300, you can get your tickets here for the live show and look forward to different packages before they run out, including an exclusive package that includes a signing event with the creator of Zsa Zsa Zaturnnah and Indayugang Banal himself, Carlo Vergara. Online shows are also available for ₱250 from Nov. 21 to 27.

You can visit the production at their booths at the Design and Arts Campus DA Theater, the 12th floor cafeteria, and the Main Campus Cafeteria.