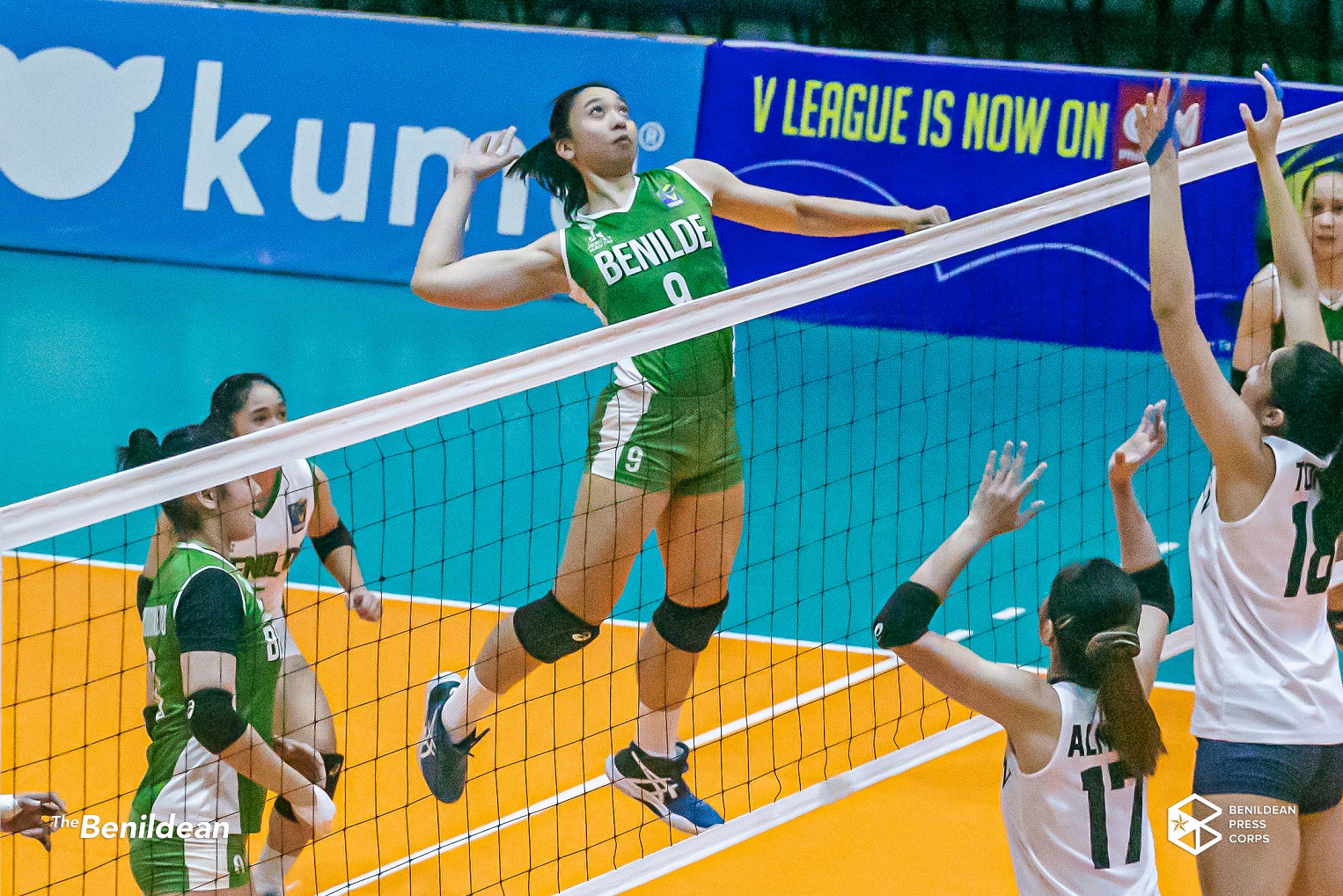 The #LadyBlazers were dealt their first loss by the Adamson Lady Falcons in the 2022 V-League Collegiate Challenge, eliminating them from the finals.

The De La Salle-College of Saint Benilde (DLS-CSB) Lady Blazers were overwhelmed by the Adamson University (AdU) Lady Falcons, 1-3, during their semi-finals match in the 2022 V-League Collegiate Challenge today, Nov. 20, at the Paco Arena Events and Sports Center.

The Lady Blazers maintained their lead throughout the opening set. However, Adamson took advantage of their sloppy errors and weak floor defense to chip in points. The set went fast, capturing the first set for the Lady Blazers, 25-21.

Adamson snatched the first two points of the second set, 2-0. Gayle Pascual tried to regain the momentum with another quick attack, 1-2, but Adamson regained their possession through service errors. The Lady Blazers went on a run, thanks to Jade Gentapa and Cloanne Mondoñedo, to tie the ball game, 4-4. Adamson dominated the second set as the Lady Falcons displayed more composure in their defense. Pascual tried to revive their score with a vicious attack, 17-22, but the Lady Falcons still obtained the second set, up by eight, 17-25.

The third set started favorably to the Lady Falcons, but thanks to Mondoñedo’s ace, the ball game was tied, 9-9. Mycah Go led the team to up the Blazers by one, 11-10, before entering a nip-and-tuck affair between the sister teams. It was a tight game after Pascual and Ayesha Juegos exchanged points for their respective teams. Lady Falcon Juegos continued efforts to go for a run from the 19-19 deuce to a 19-23 differential, eventually ending the set in favor of the women in blue and white, 21-25.

Catarig clinched the first point for the blazers with a quick attack, 1-2. Long rallies usually ended with Adamson’s attack errors. Chenae Basarte faked a set for an easy point in hopes of creating a run for a momentum shift, 12-22. The opposing team got stuck with the Taft squad’s 2-0 run, 15-22, but the Lady Falcons made it to match point, 15-24. And eventually, the game was declared in favor of the women in blue and white after finishing at 16-25.

The Lady Blazers are now out of the finals contention but will battle the University of the Philippines (UP) Fighting Maroons for third place.