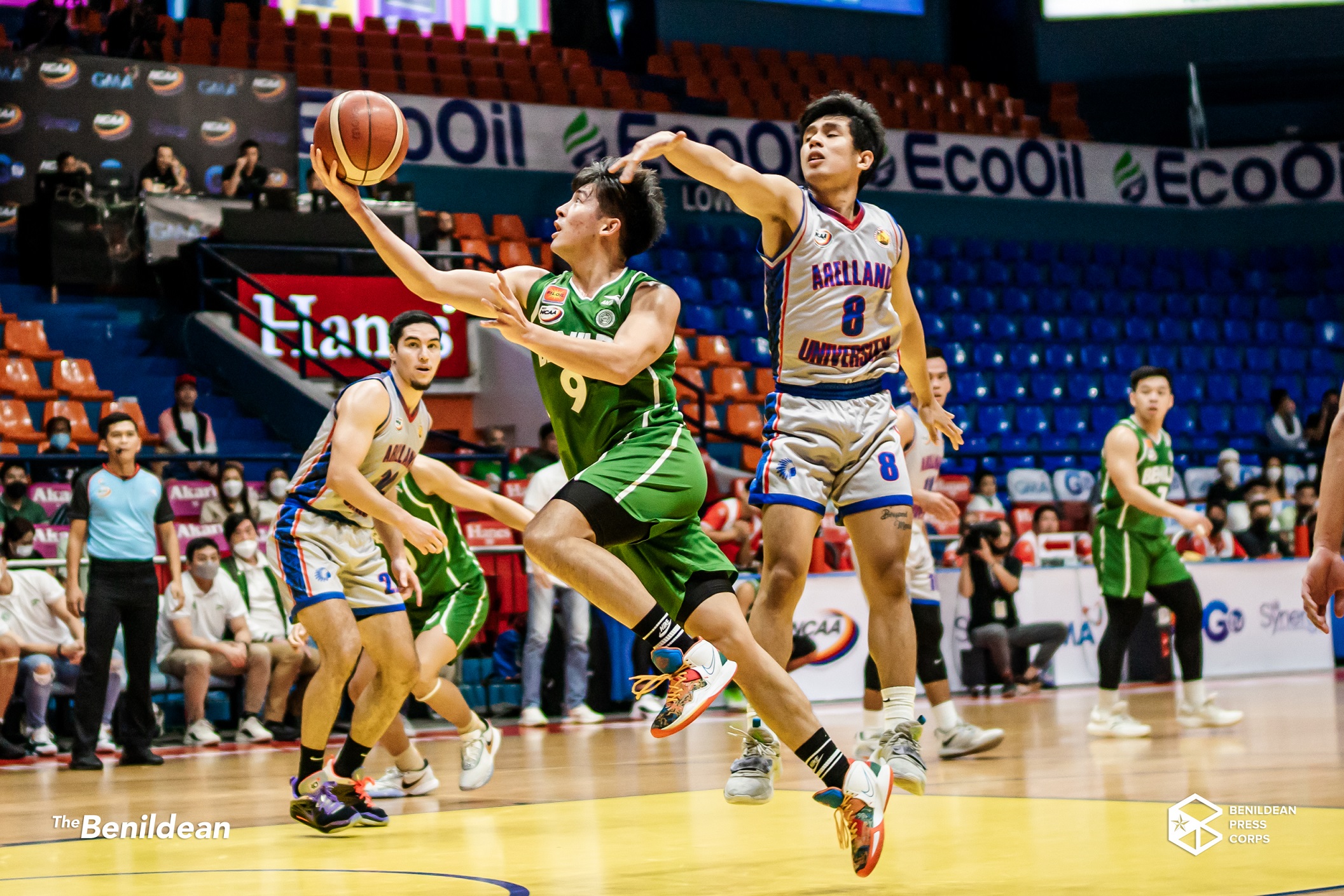 Before heading to the playoffs, the #BenildeBlazers are now on a three-game winning streak after beating the Arellano Chiefs.

Ladis Lepalam opened the game by scoring two consecutive baskets, setting the tone for Benilde. The Chiefs answered back with baskets from Cade Flores. The Blazers started firing their barrage from beyond the arc after Robi Nayve’s four-point play, followed by Carlo Lim and James Pasturan. The Chiefs responded with their own three-pointers courtesy of Jade Talampas and Axel Doromal. The quarter ended with a deadlock, 24-24.

The second quarter began with Miguel Corteza's five-point run. The game continued to be a nip-and-tuck affair as Arellano’s Travis Mantua and Danielle Mallari started to heat up beyond the arc. With four minutes remaining in the quarter, Nayve stepped up for Benilde, scoring a three-pointer before the end of the half, 45-46.

Heading to the second half, Pasturan grabbed four quick points. However, two three-pointers from the Chiefs’ Flores and Mantua forced Benilde to recalibrate their game plan. Miguel Oczon and Mark Sangco’s efforts allowed the Taft squad to take back the lead. With three minutes left in the quarter, Nayve sank a three-pointer, allowing a comfortable cushion before the last quarter, 64-59.

The Blazers took over the early fourth quarter, led by JC Cullar, while Will Gozum started to heat up after a quiet first half. Arellano’s Mantua sank a three-pointer that cut the deficit to one point with four minutes left in the game. Crucial three-pointers from Sangco and Pasturan gave the Blazers a 12-point lead with two and a half minutes remaining. Corteza’s last basket for the Blazers sealed their win despite Arellano’s efforts to turn the game around in the dying minutes of the game, 83-73.

Nayve led the Blazers scoring 17 points, while Corteza chipped in 15. Sangco scored a double-double with 11 points and 13 rebounds.

The Blazers will face the San Beda University (SBU) Red Lions for their last game in the elimination round on Nov. 22 at the same venue with a live telecast on NCAA Philippines’ Youtube and Facebook page.