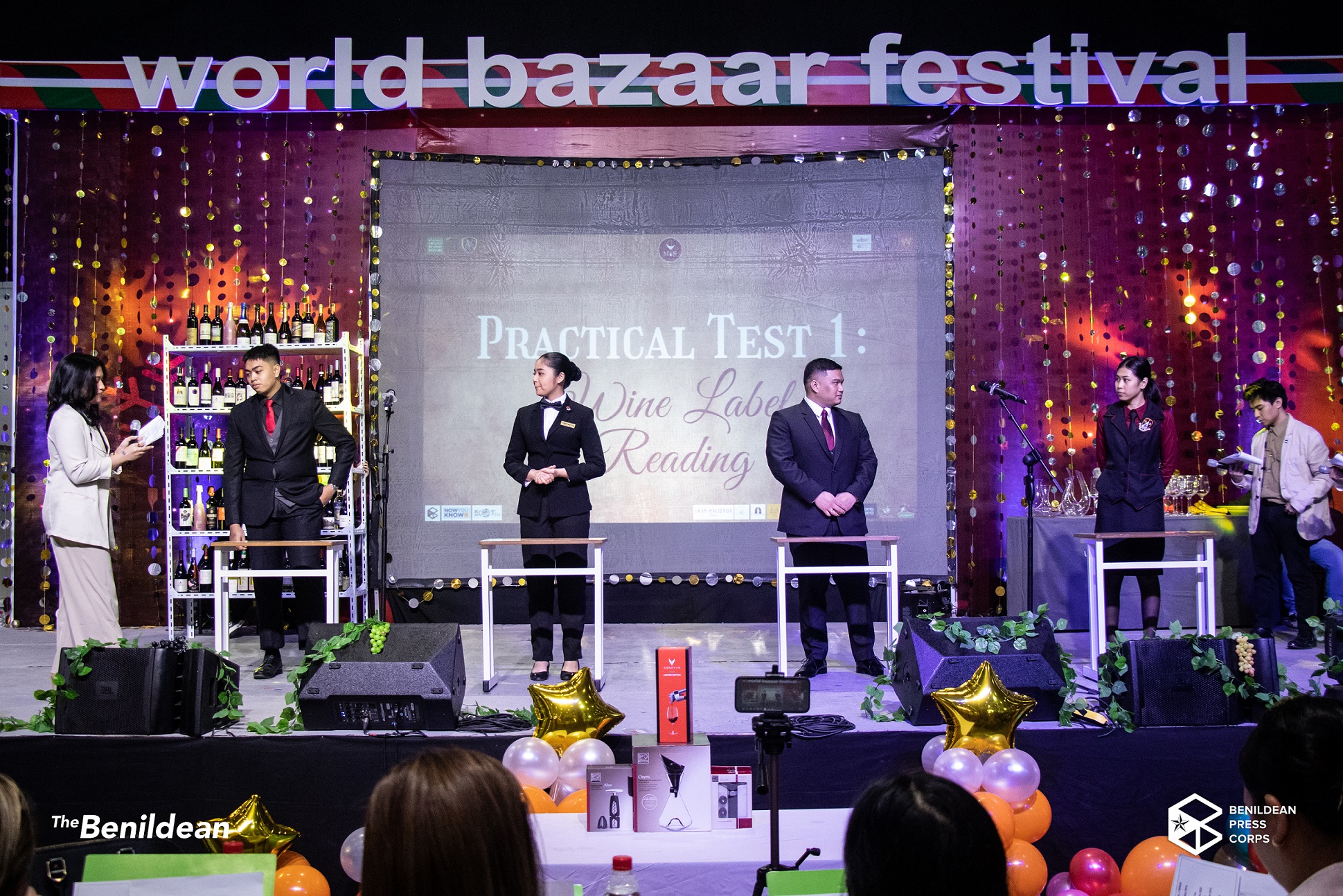 The Vateliens In Progress attracted nationwide attention and transformed their trademark Benilde Young Sommelier competition into #TheManilaYoungSommelierCompetition, open to all aspiring student-sommeliers.

After two months of preparation, the Philippine wine industry reached a milestone with #TheManilaYoungSommelierCompetition organized by Benilde’s Vateliens In Progress (VIP). Established Filipino sommeliers and beverage professionals gathered at the World Trade Center Metro Manila on Dec. 19 to witness aspiring student-sommeliers from different educational institutions battle it out in the competition.

With the theme of “Yesterday’s Must, Tomorrow’s Finest,” The Manila Young Sommelier Competition showcased the flair and knowledge of four student sommeliers trained by their respective mentors during the apprenticeship program. The event was packed with industry professionals, sponsors, families, and friends who all cheered for the contenders.

In launching the program, the chairman of the Manila Young Sommelier Competition and the faculty-in-charge of the Vateliens In Progress, Mr. Karl John Rivera, delivered an impactful introduction to the event, instating the competition’s role in paving awareness, accessibility, and opportunity in attracting the current generation to the budding Philippine wine industry.

As for the judges, who are all spearheading wine-related professions and businesses, they remarked that the program was the first of its kind within the country and the industry, especially with its focus on acting as a platform and a stepping stone for students looking for a career in the wine and beverages industry.

“One day, we can be an archipelago of wine regions with farmers no longer the poorest of the country, but by growing grapes, they make a lot from their own lands and earn respect and prestige,” she said.

The wine theory quiz required the contenders to go head-to-head in a quiz bee type of exam where their understanding of wine terminologies, grape varieties, and wine regions was evaluated. They then had two practical tests, one of which examined the contenders’ ability to identify and select ten wine bottles from a display shelf consisting of at least 50 wine bottles. They presented all their wine bottles within five minutes based on the producer, vintage, and grape variety. Lastly, to further assess their prowess, the second practical test required them to act as professional sommeliers in a fine dining set-up where the judges took part as their guests. They needed to satisfy their customers based on their performance in wine service, decanting, oral deductive tasting, and food pairing.

When the results were released, David Miguel de Guzman, who represented the University of the Philippines-Diliman, was declared the first champion of the Manila Young Sommelier Competition. De Guzman celebrated his feat with a 3-foot trophy alongside a Coravin Model 2 Limited Edition. He was closely followed by Gwyneth Nicole Abarquez from the Lyceum of the Philippines University-Batangas, who was commended as the first runner-up.

Looking ahead in the Philippine wine industry

As the first event from an organization of the School of Hotel, Restaurant, and Institution Management (SHRIM), to be held in such a magnitude and platform, the Vateliens In Progress aims to continually act as a catalyst in the Philippine wine industry and to trailblaze the generation of young sommeliers all over the nation.