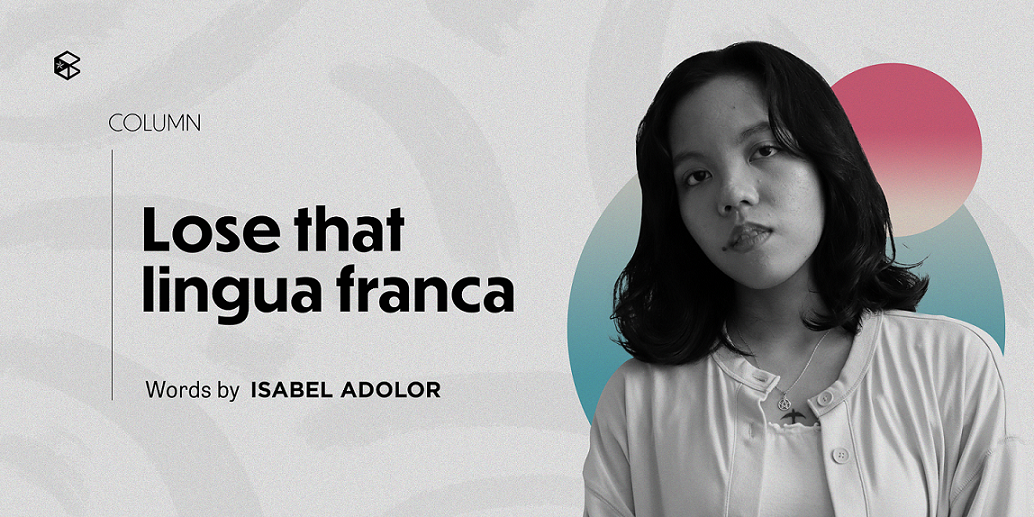 Translator’s Note: Language is more than words—it is an avenue to the truth.

Bilingualism is a trap. Society subjects you to this mold where you are and aren’t expected to be good at both languages. Being the lingua franca of the world, I was taught English first by my parents only to be called an Inglesera in school. Sick of this double standard, I turned to foreign languages.

Western films introduced me to European French at a young age. Coupled with the gilded images of the Tour Eiffel and sidewalk cafés, its unique sound captured my interest. I listed down words and phrases to practice with a mediocre gargling accent. However, if I couldn’t be fluent in my own mother tongue, how could I expect myself to acquire another language?

Throughout college, French was the class I always looked forward to. From vocabulary to listening tests, they became puzzles I needed to solve. It even began to feel like a sin to use Google Translate. Once I felt that I’d never achieve fluency if I remained where I was, I enrolled in extramural French classes.

I found myself in an online class with two OFWs who were already working in French-speaking countries. When our teacher would converse with us in French, they’d jump in while I was stuck trying to find my words. Madame asked me once, “Tu veux dire quelque chose, Isa?” (Do you want to say something, Isa?) And suddenly, all I learned from three years of studying French disappeared. I could only reply, “Non.” Such are these lingual obstacles, but your only course of action is to catch up. With classmates who were happy to answer all my “Qu’est ce que…en Français?” (What is…in French?) questions, I soon found myself running alongside them.

Perhaps the most beautiful aspect of these online classes is that you create the most meaningful of bonds. When it was just us students in a breakout room, we would chat in a dizzying mix of French, English, and Filipino, comparing France and Cameroon and laughing at how francophones unironically say “ooh la la.” However, life abroad isn’t always pretty.

From receiving an unsolicited grammar lesson by a baker to people hanging up on you the moment you ask “Vous parlez anglais?” (Do you speak English?), my classmate working in France was forced to learn ways to ignore this disrespect. In Central Africa, our other classmate would tell us that anywhere else is better than Cameroon. Although I was in the Philippines, sympathy would well up inside me, and my understanding of foreign cultures increased tenfold. I saw that disappointment, homesickness, joy, and nostalgia required little translation. When we would tell Madame about our woes and happy memories in the Philippines, she would ask us more about them with heartfelt curiosity. It was this well-meaning interest in one another as individuals that made our classes all the more engaging, something I find hard to come by even in my own country.

Leaving my lingua franca behind made way for many eye-opening experiences. French no longer became an escape from society but rather an avenue to understanding it. It led me to the truth about other cultures, and, ironically, to an appreciation of the Filipino language after seeing my two classmates find comfort in it. Knowing a foreign language may be seen as one of the most underrated yet most difficult skills to acquire. Nevertheless, its value is worth more than a place on your CV.

Speaking someone else’s native tongue breaks the additional English barrier, which leads you straight to their hearts. Ultimately, it is in these instances that you learn the most beautiful language of all: empathy. It’s never too late to pick up a language and to begin with a funny accent, but it’s all worth it once you can answer the question, “Tu veux dire quelque chose?”