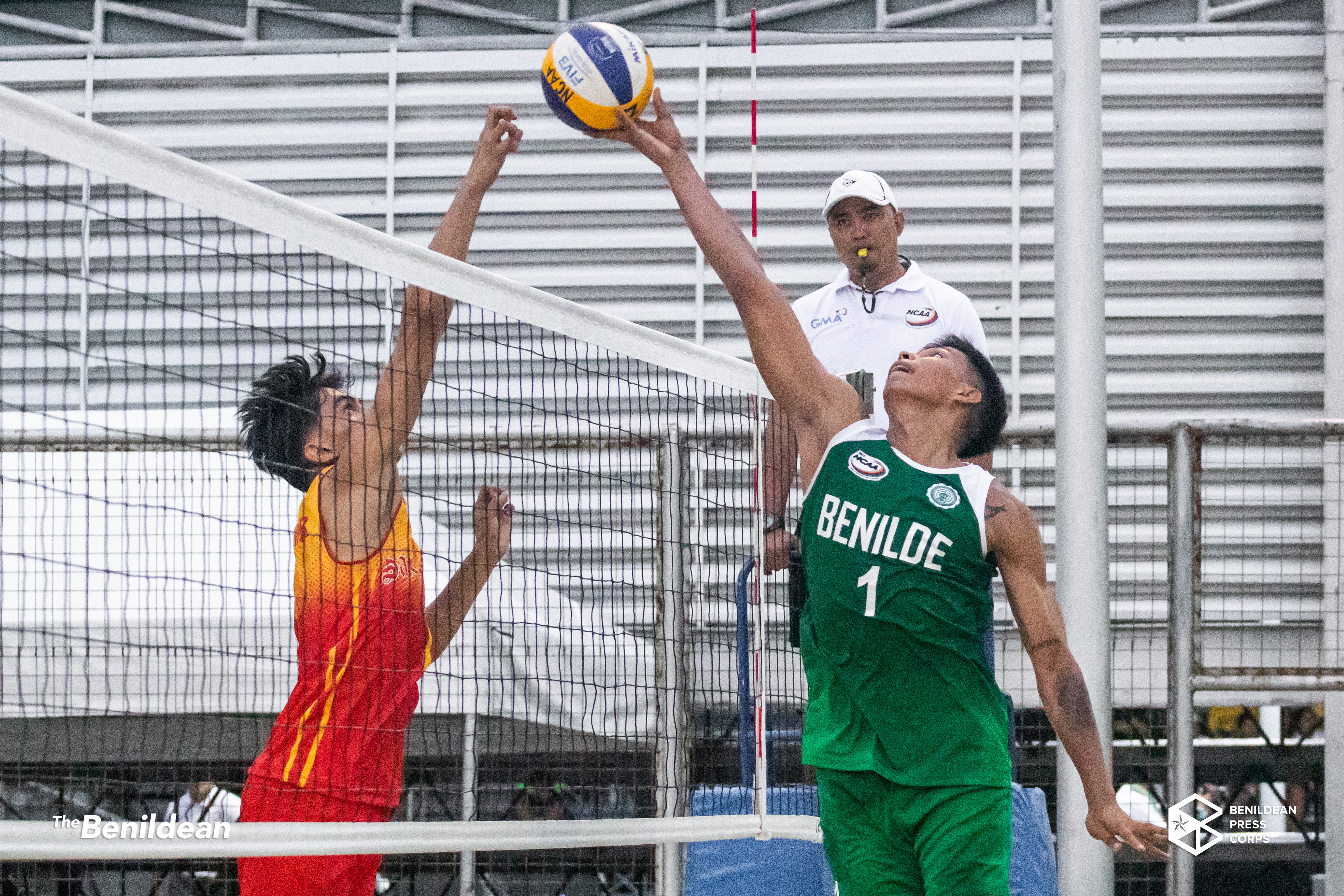 The #BenildeBlazers and #LadyBlazers failed to secure a final four spot after a hard-fought last day of eliminations to end their respective stints in the #NCAA98 Beach Volleyball tournament.

The De La Salle-College of Saint Benilde (DLS-CSB) men’s and women's beach volleyball teams wrapped up the final day of eliminations of the NCAA Season 98 beach volleyball tournament both at 5th place on Jan. 20 at the Subic Bay Freeport Zone Sports Complex.

Meanwhile, the men’s squad hit the sands, facing off against the Colegio de San Juan de Letran (CSJL) Knights. The Benilde Blazers opened the day firing in all corners after dominating the Knights in the first set, 21-14. In the second set, both teams went back-and-forth, however, despite valiant efforts from the Knights to extend the ball game, the Taft squad put on a collective effort to secure the win, 21-18.

The final match for the Benilde Blazers was against the Arellano University (AU) Chiefs, all while being determined to book a final four ticket. To open the set, the Taft squad struggled to hit their shots, paving way for a dominant performance by the Chiefs, 14-21. In the second set, both squads participated in a highly contested affair, but the Chiefs emerged victorious to win the game, 18-21.