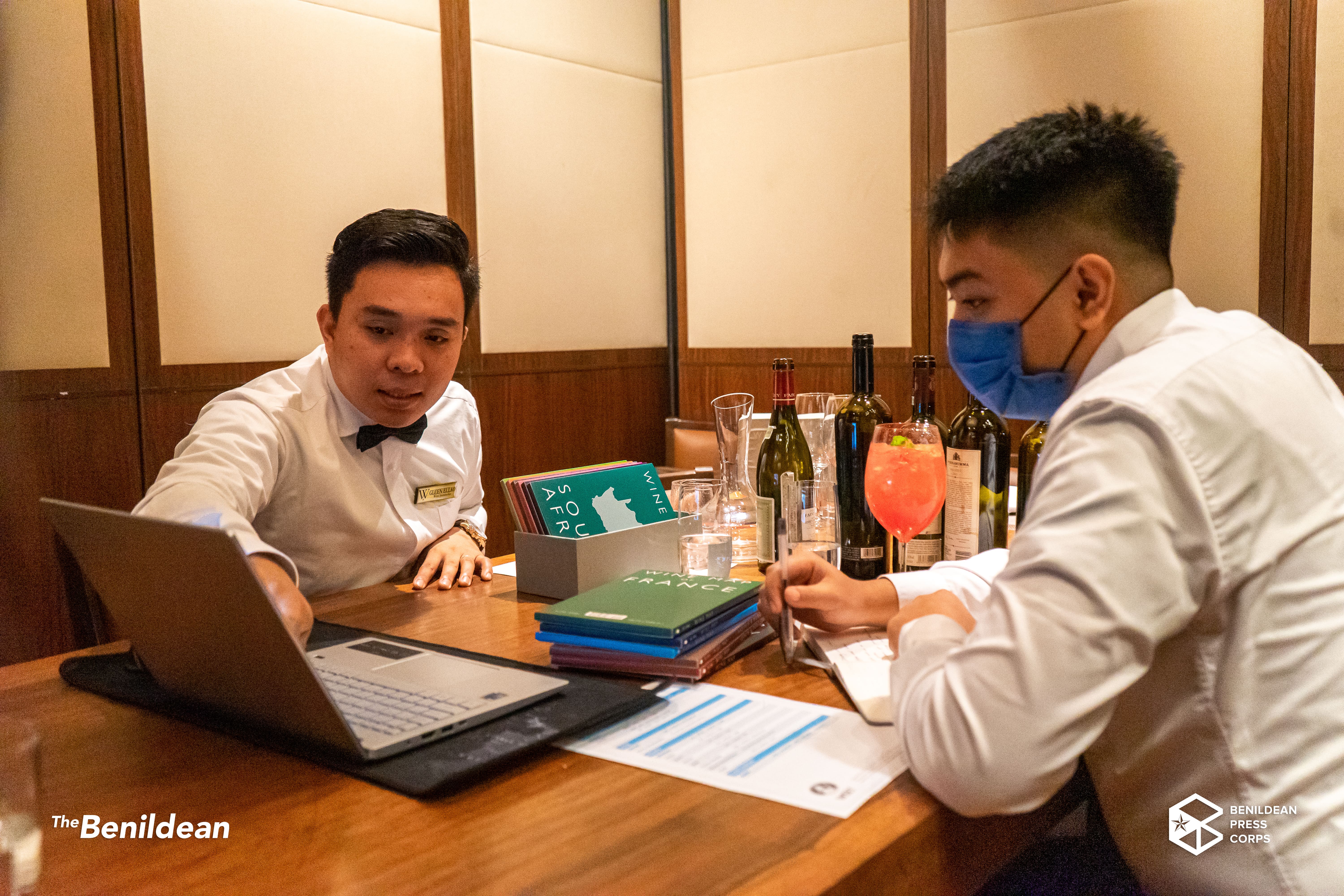 The Manila Young Sommelier Competition cultivates the “must” of tomorrow

From attending wine master classes to picking up boxes of wine bottles, get to know the blueprint in organizing #TheManilaYoungSommelierCompetition, which was held on Dec. 19 by the Vateliens In Progress.

In partnership with the Wine Head Sommelier Philippines and the Organization of Bar Professionals, the Vateliens In Progress (VIP), a student organization from the School of Hotel, Restaurant, and Institution Management (SHRIM), pioneered an intercollegiate event, the first of its kind within the country—The Manila Young Sommelier Competition.

With its focus on expanding the Philippine wine industry, the Manila Young Sommelier Competition aimed to be a stepping stone for aspiring student sommeliers throughout the nation. It allowed interested students to further broaden their knowledge and skills with a competitive one-on-one apprenticeship program from distinguished industry professionals and other benefits before the contest.

Before the competition, all contenders were expected to undergo an apprenticeship program spearheaded by professional Filipino sommeliers, who were also the event’s major sponsors. From Dec. 5 to 16, the participants trained and honed their craft on wine knowledge, service, and tasting with the guidance of their respective mentors from Gran Hacienda Wines, Artisan Cellar Doors, World Class Concepts Corp, and Premium Wine Exchange.

The generosity of the competition’s sponsors allowed the contenders to visit, train, and study in their wine shops across Metro Manila. At such an early age, being exposed under a professional atmosphere was already an industry head start, where only a few are privileged to experience. Given that these wine shops were fully equipped with the proper appliances, books, and wine bottles needed for the competition, this was the ideal setting for the contenders to practice their wine theory and demonstration skills.

Based on the feedback from these master classes, the mentors were generally glad of the event's movement in creating a platform for the Philippine wine industry to flourish towards the younger generation. During their time, there were no such opportunities in the country that could’ve helped hone their craft like the competition. Hence, as mentors, they were pleased to take part in training the aspiring sommeliers of today.

All the contenders also took advantage of the occasion to learn, practice, and market their skills, considering the apprenticeship program only comes once in a lifetime. At the time, they were also generally nervous and excited prior to the competition since they were expected to showcase their abilities in front of numerous wine professionals and brand representatives.

These sponsors also granted the Manila Young Sommelier Competition a box of a dozen wines each. Some of the various types of wine given were Bordeaux Blend, Cabernet Sauvignon, Red Wine, Chardonnay, and more. In total, Vateliens In Progress collected 48 sponsored wine bottles that were used in the practical test portions of the competition.

As known Philippine wine distributors, the Vateliens In Progress were also given access to their wine cellars full of imported wine bottles from all over the world.

When asked about the generosity of the sponsors in granting expensive wines for the event, they remarked that the competition and its purpose were worth the wine's costs, considering that it was an investment for the next generation of sommeliers.

The Manila Young Sommelier Competition successfully concluded at the World Trade Center on Dec. 19. It was able to solidify its mark in the Philippine wine industry, so much so that it is expected that Vateliens In Progress will continue spearheading the nationwide event annually.