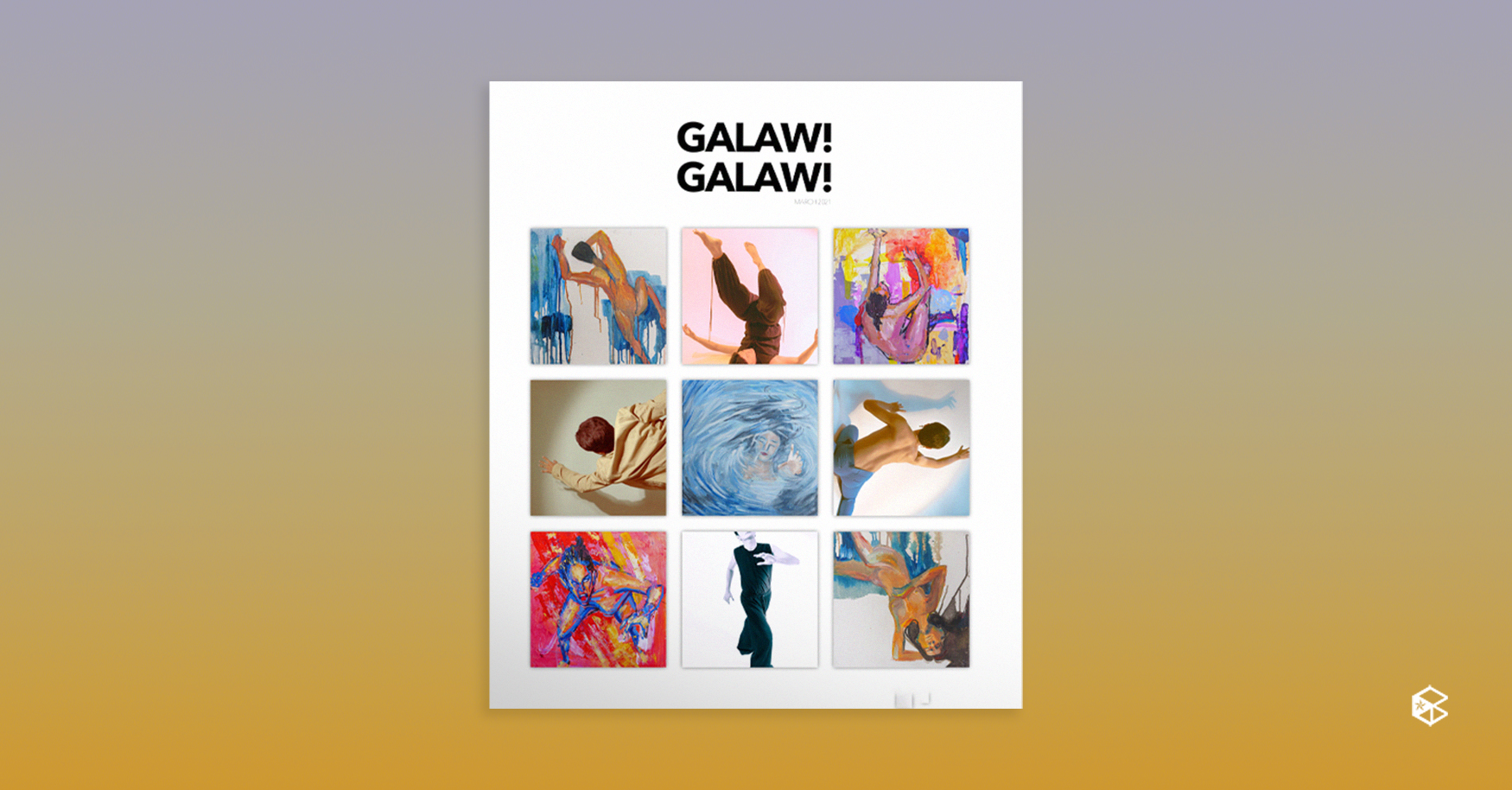 A creative outlet combining visual art and photography urges Filipinos to move out of their four-cornered walls—whilst bringing a resurgence of digital contemporary art.

As the pandemic physically, mentally, and financially affected Filipinos, many have been put into shackles and confined in a box, especially in terms of creativity. Like many creative minds who were suddenly caught in isolation, student-artists Jheco Lorica (FEU), Ikatlo Olis (TUP), and Lorenz Rigonan (UP-Diliman) collaborated with Atienza for the illustrations and overall artistic element.

GALAW! GALAW! is a stunning visual collection which uses painting techniques, photography, and movement. Consisting of vivid colors, broad strokes, and the graceful pause of a human form, its fluidity and bold lines remind us the moving parts of our body were meant to express and move vivaciously.

Atop the collaborative project’s striking visual impact, however, is the project's lowkey subtext and social commentary. The phrase “Galaw! Galaw!” is often heard across conversations and social media alike during the past year. Tired with the government’s lack of action and efficient response to the ongoing pandemic, people have taken to voicing out their cries of “Galaw! Galaw!” everywhere.

However, this is more than just a political outcry. It’s an allegory for feeling helpless, the urgency to move and provide concrete actions during these unprecedented times.

In an interview with The Benildean, the 21-year-old photographer focused on breaking free of one’s comfort zone and created a visual masterpiece that brings authentic and powerful emotions through the digital space—a feat that can’t be overlooked.

“We had to flesh out the thematic statement of the original project pitch “a new beginning for Filipino creatives through art and healing.” But then a question haunts us, “How can we have a new beginning if we don't move?’” Atienza pushed the ideology of using art to create new beginnings by asking the government for accountability and progress.

In collaborating with the other artists, he mentioned that “upon working with each other, we’ve realized the cruciality of connecting back to ourselves [...] supporting and checking up on other creatives, especially during this context of the health crisis we are at,” aligning each of their visions of expressing their creativity and passion amidst the pandemic.

Moreover, Atienza’s project emphasizes on the notion that art can be both beautiful and political. “We’re challenged to really think beyond the box and to produce extraordinary art that incorporates and reflects our self-identity. All being at the confinement of our own homes.”

Atienza cited that artists serve as the soul of society, especially at a time of crisis. “We may not know our purpose instantly, but the courage in searching for it moves us one step closer to finding the significance of our art to people,” he added.

“Latched within our skins is the anxiety for the future. As we float awake in the dark waters of our lives’ uncertainty, we shall vigorously move our way out of stagnancy and danger,” Atienza said in his artistic statement.

GALAW! GALAW! depicts the heartache and misery everyone feels with the effects of the ever-present lockdown. Art is more than just entertainment. Instead, this project embodies a movement with a message demanding progress and immediate action from government officials.

Let them hear the words "GALAW! GALAW!"  (emphasis on the all-caps words and two exclamation points) and finally move.

Check out the collaborative works of GALAW! GALAW! on Facebook and more of Lem Atienza’s photography works on his website.