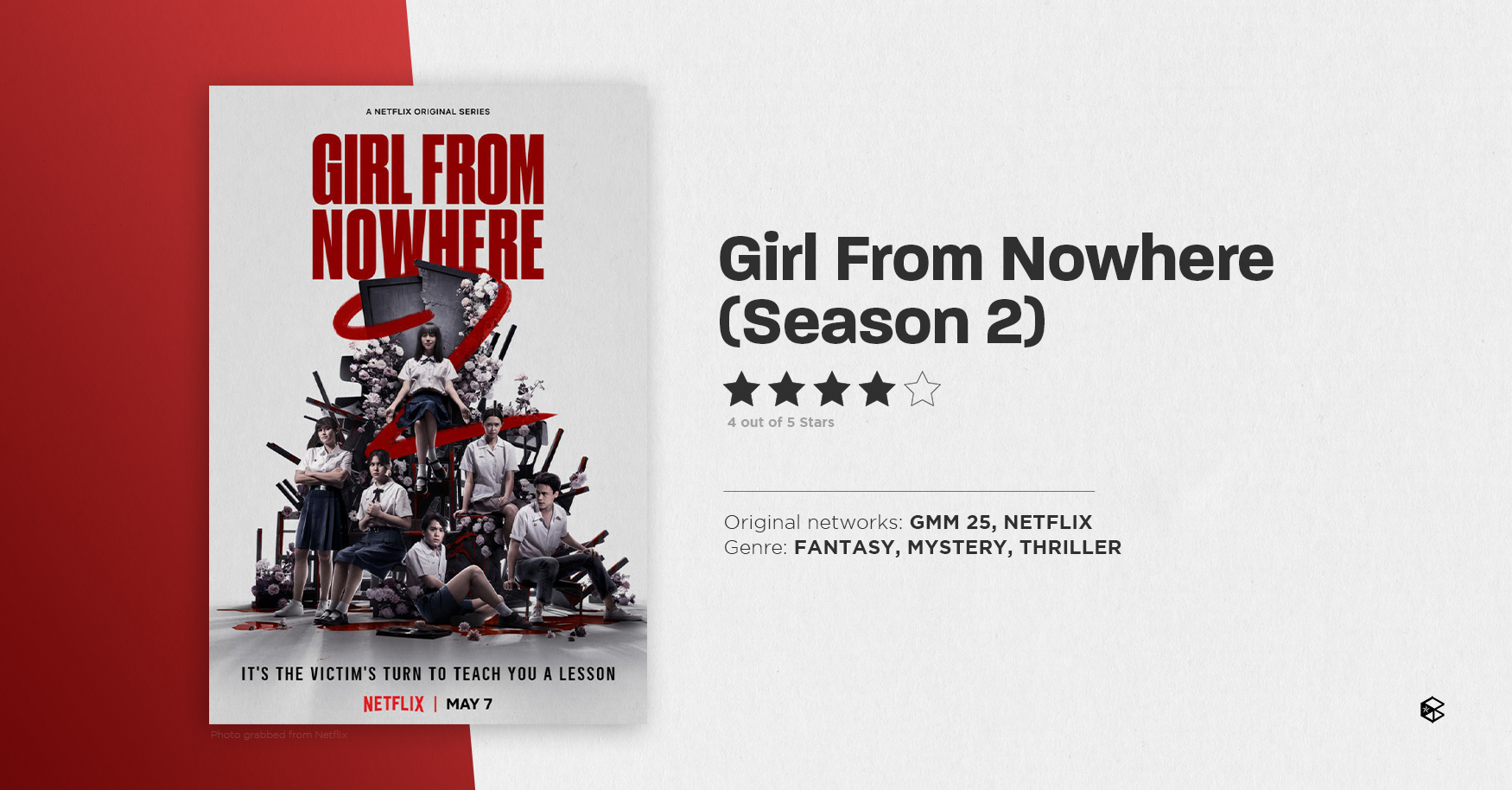 Last May 7, Thai anthology series “Girl From Nowhere” returned for its second season—transporting you to the chilling mysteries of Nanno and diving into more unearthly secrets and mysteries.

Based on eight real news stories of injustice, Netflix’s “Girl From Nowhere” Season 2 depicts more harrowing narratives with protagonist Nanno exposing a new batch of students and faculty members by giving them their well-deserved karma. But this time, she won’t be doing it alone.

Serving the plate of violence, new characters are bound to the social injustices beyond the school grounds setting. The season adds more spice to the storylines by incorporating issues of misogyny, beauty standards, and capitalism, weaved seamlessly into episodes.

Roughly nine months leading up to its release, the production began in August 2020. The second season’s unnerving cinematography, thrilling jump scares, actors’ stellar performances, and entire production are to be commended despite the limitations of the  COVID-19 pandemic.

The twists and turns of the second season keep everyone on the edge of their seats and clueless to what comes next.

As the first season is a constant thriller adventure, the second season takes more of a gradually-increasing intensity. Nanno continues her uncanny ways by imposing guilt and death upon her victims to give them a taste of their own medicine—but now, she is met with self-doubt through someone who can trifle with her.

Though terrifying and thrilling to watch, the first few episodes are slow-paced. Exploring gray areas of different societal issues, the latter stories have become more riveting despite the all-over-the-place and confusing start. Generally, the series gives an uphill climb of shock and eeriness to Nanno and her newly found match.

Displaying triggering scenes of rape, suicide, blood, and gore, the series is not suitable for everyone. Viewer discretion is advised.

However, this season has shown Nanno being more vulnerable, as depicted in her dynamic relationship with Yuri. Throughout the episodes, both are seen one-upping each other by striving to be the best game player in the scene.

Episodes to look out for:

Overall, the unpredictable surprises, alongside the show’s improved make up and special effects, make the audience’s heart race as they outdo their last season—truly a well-deserved ranking at #1 in the Top 10 on Netflix Philippines, as of writing.

Hear Nanno’s chilling laugh the second time around as all episodes of Girl From Nowhere: Season 2 are now available on Netflix.