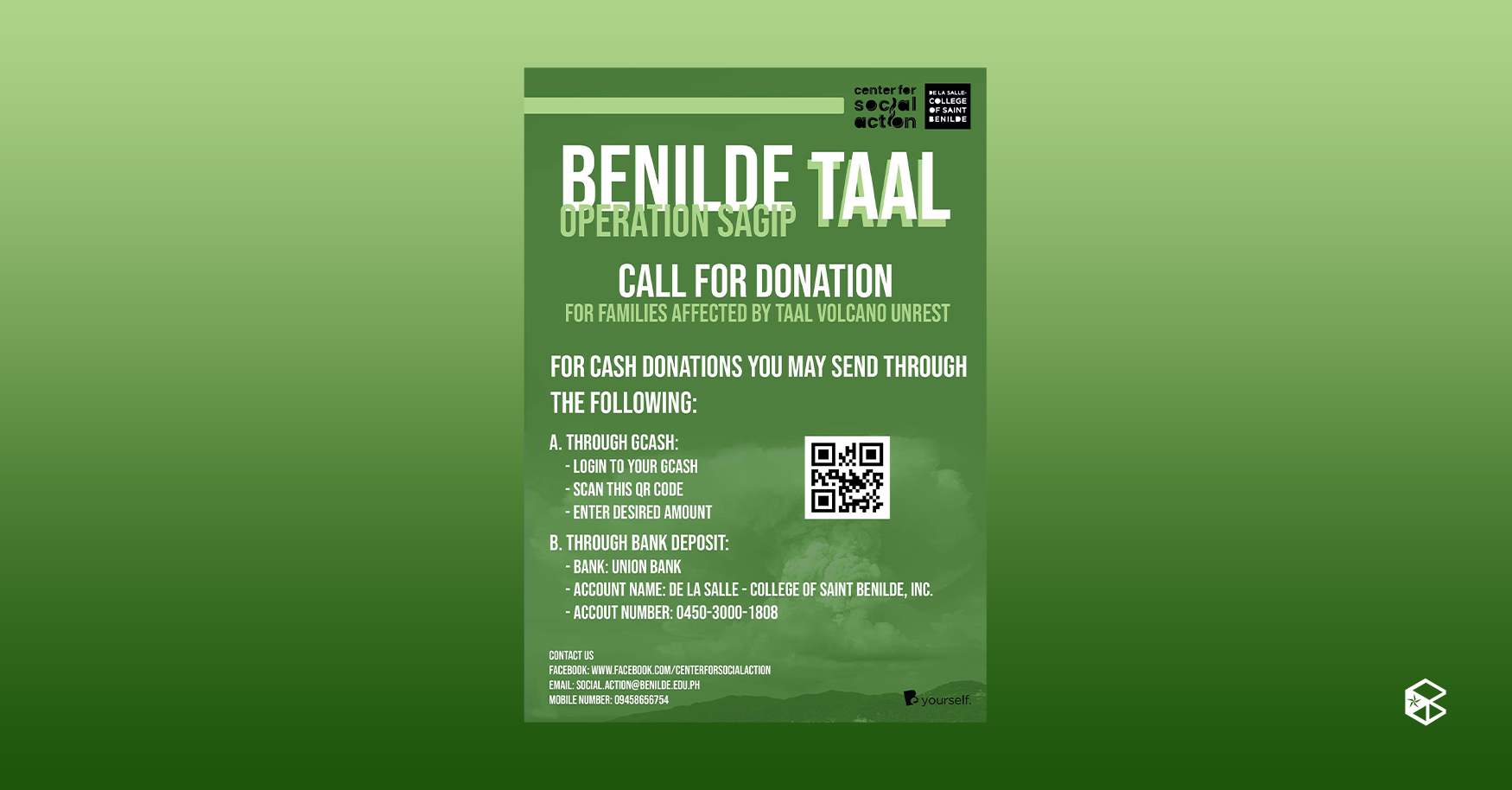 Through GCash or bank deposit, you may help families affected by the Taal volcano unrest through Benilde CSA’s Benildean Operation Sagip program.

The Benilde Center for Social Action (CSA) announced the start of their donation drive today, July 8, for the families affected by the unrest of the Taal Volcano for the past weeks. Under the Benildean Operation Sagip program, cash donations will be accepted via GCash or bank deposit until July 22, 2021.


GCash donations may be sent through the QR Code found in the Benilde CSA poster below. For bank deposits, interested donors may send it via Union Bank with account number 0450-3000-1808 under the account name of "De La Salle-College of Saint Benilde, Inc."

Donors are requested to send a copy of the proof of donation to social.action@benilde.edu.ph for monitoring purposes. 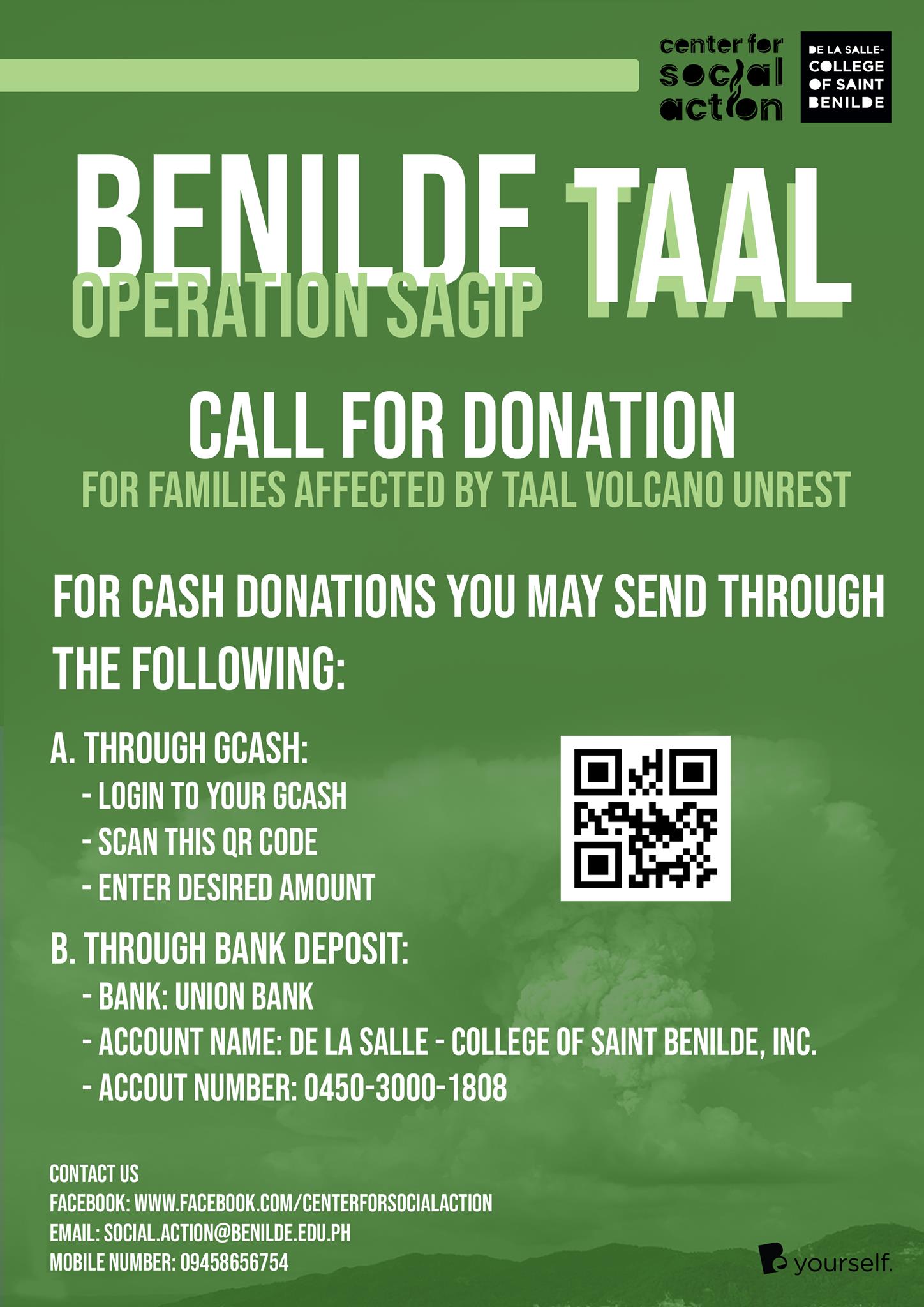 On July 1, the Philippine Volcanology and Seismology (PHIVOLCS) declared Alert Level 3 after Taal Volcano ejected a one-kilometer plume of steam and magma. Several of these “short-lived” phreatomagmatic eruptions followed after, prompting PHIVOLCS to remind the public that the entire Taal Volcano island is currently a “Permanent Danger Zone.”

Apart from a high alert posted, the National Disaster Risk Reduction and Management Council (NDRRMC) reported on July 6 that more than 1,900 families, or 6,580 persons, from the 77 barangays in the province of Batangas were affected. Among these include the towns of Taal, Lemery, Agoncillo, Balete, Cuenca, Talisay, Tanauan, Laurel, Mataasnakahoy, and San Nicolas.