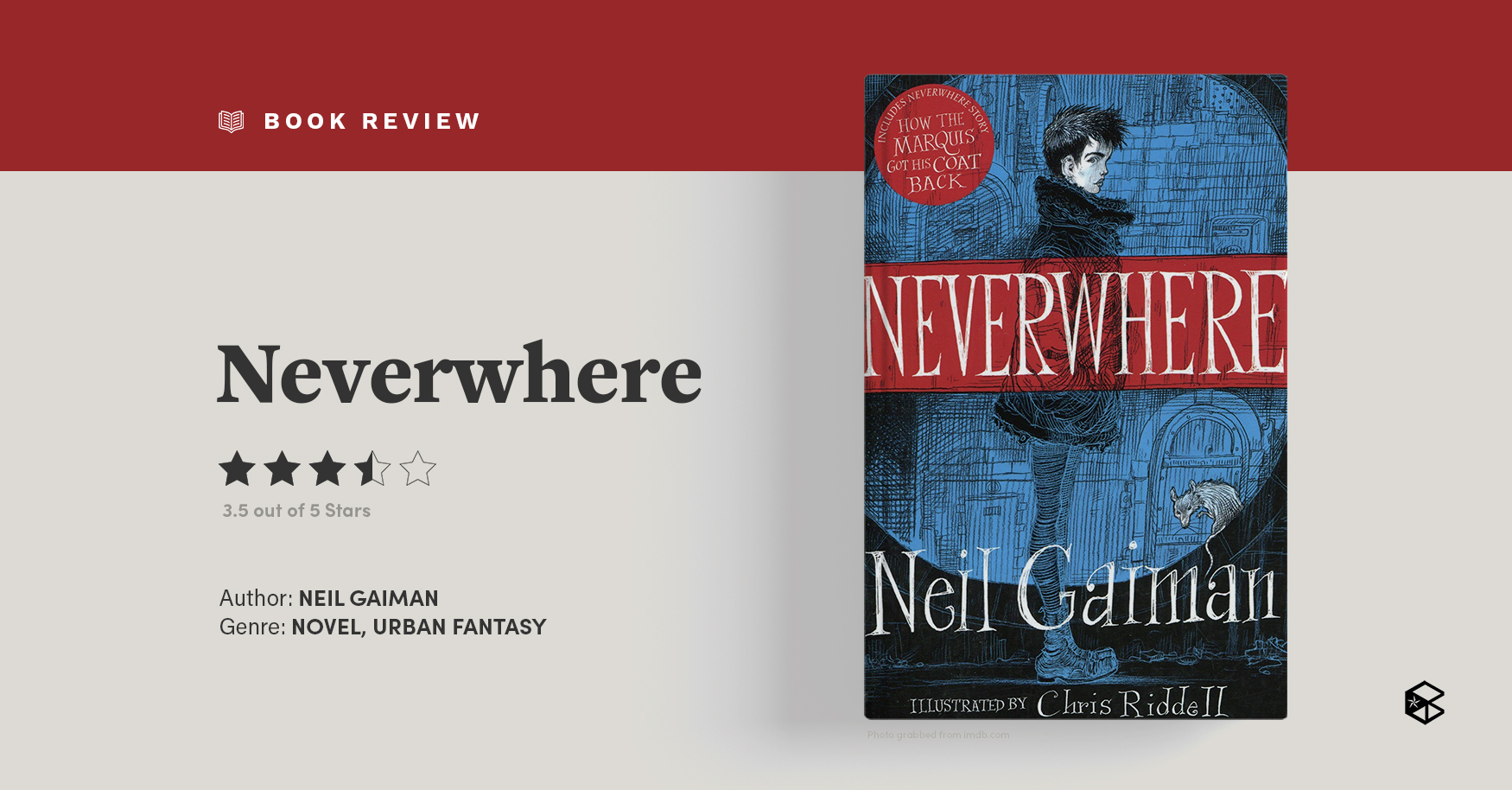 From the outlandish mind of award-winning cult author Neil Gaiman comes “Neverwhere,” a masterful take on urban fantasy, horror, and the absolutely bizarre. Released in late 1996, the novel was adapted from the BBC Two television series of the same name and is regarded as one of Gaiman’s best works to date.

Protagonist Richard Mayhew is your typical, unassuming businessman in London with a penchant for collecting troll dolls and other bizarre knickknacks. Further cementing his fish-out-of-water persona, his girlfriend Jessica’s overbearing personality only seems to further alienate him from his environment. However, his uneventful life takes a drastic turn when he stumbles upon a bleeding young woman who goes by the name of Door, whose unexpected arrival marks the beginning of the point of no return.

From there, Richard finds himself slipping through the cracks into London Below, an alternate world inhabited by the magical, the brutal, and the downright peculiar.

The world of London Below is closely intertwined with that of the London Above, albeit, with a murkier and twisted undertone. Populated by assassins, rat speakers, and angels, Gaiman paints a vivid picture of this dark portrayal of the city.

Throughout the story, Richard navigates the perilous alleyways and labyrinthine underground railway stations alongside Door and her ragtag group of misfits, set to find his way back to his old life. Their journey to avenge Door’s family is a constant game of cat-and-mouse between the deathly and violent denizens of this realm, such as assassins Mr. Croup and Mr. Vandemar. The murderous duo is by far the nastiest pair of individuals the group faces underground.

Richard, on the other hand, lives up to the trope of a reluctant hero. Despite his initial lackluster demeanor, Gaiman succeeds in developing Richard’s unremarkable character into one of substance and spirit. His relationship with Door is also explored throughout the story, and it’s in such defining moments that we see Gaiman’s genius in fleshing out his characters through dialogue.

There and back again

Despite its fantastical elements and otherworldly underground setting akin to Lewis Carroll’s classic Alice’s Adventures in Wonderland, Neverwhere delves into social narratives that are grounded in reality. There is a deeply human element to Richard’s feelings of alienation and separation from the rest of society in London Above. The story represents more than a sinister quest for vengeance, as it is also a quest for belonging. Throughout the tale, the main protagonist finds comfort and acceptance in his metaphysical world. It’s here that he realizes he can never go back again.

However, even with its masterful worldbuilding, Neverwhere is regarded by many readers as predictable and formulaic. Admittedly, many of the story’s climaxes end up falling flat for lack of a distinct twist for both characters and plot. Having successfully established a great setting, Gaiman could have gone one step further by introducing a new element to the urban fantasy genre. However, while the novel adapts a more traditional narrative, its quick-witted prose and allegorical themes atone for these shortcomings.

Whether this is your first time stumbling across Gaiman’s work or not, Neverwhere is a gripping, hair-raising read from start to finish. And with the Halloween season settling in, now would be the perfect time to escape into the grimy cracks of London Below.

While picking up your copy of the book, for more of Gaiman’s tales of the macabre, also check out Coraline and The Graveyard Book in bookstores nationwide.

Tags: LITRAIL
Tweets by TheBenildean
Printed from http://localhost:3000 on 22 October 2021