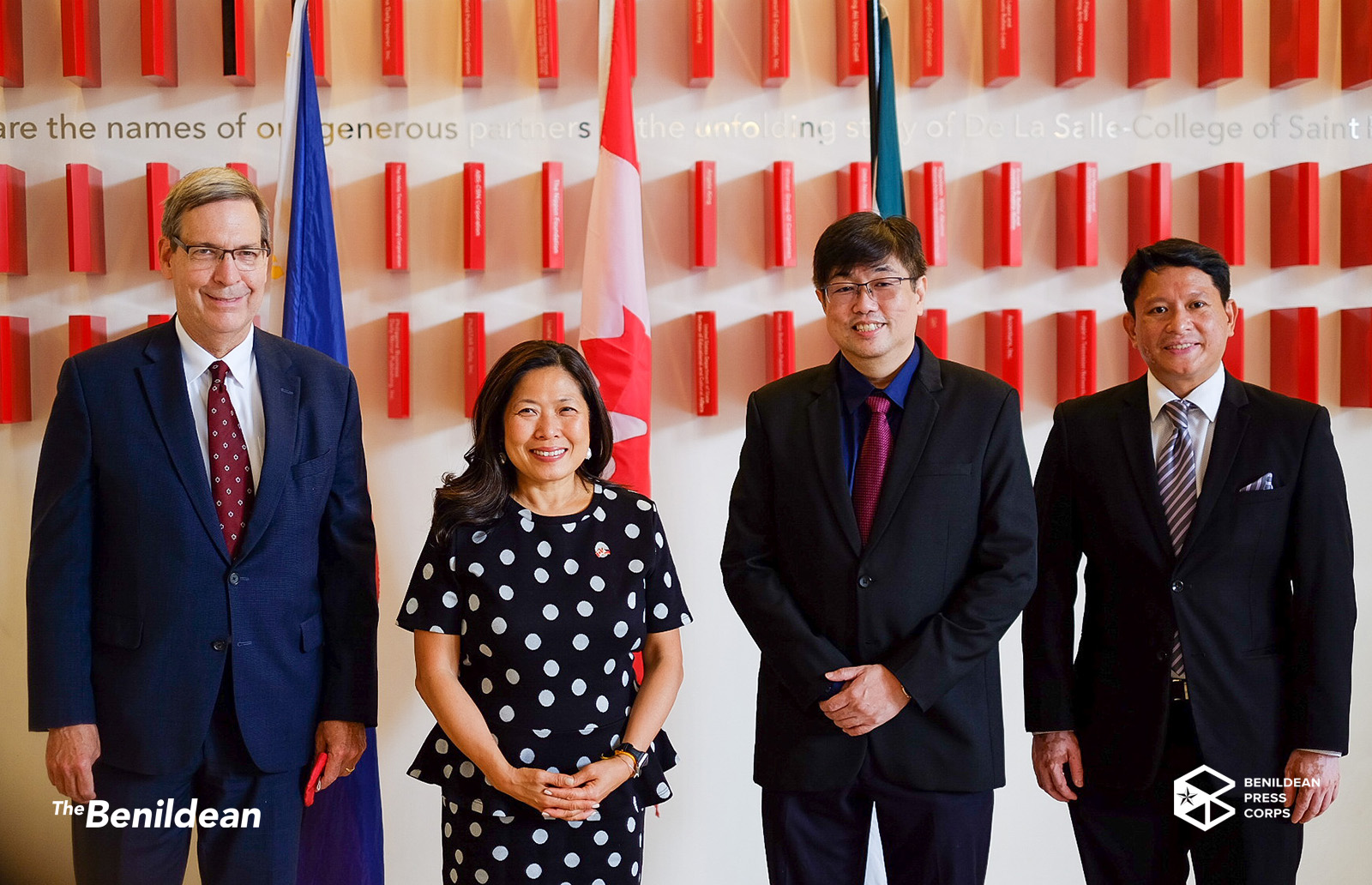 While on a trip to the country to strengthen ties between the Philippines and Canada, Canadian Minister Mary Ng visited De La Salle-College of Saint Benilde to take a look at the different technology and facilities the College has in store.

To showcase Benilde’s distinct educational facilities and technology for both online and hybrid learning, the College welcomed the Canadian Minister of International Trade, Export Promotion, Small Business, and Economic Development Mary Ng to the Design and Arts Campus (DAC). Minister Ng’s two-day visit to the Philippines was organized to strengthen trade and investment between Canada and the Indo-Pacific region.

As part of their official visit to the country, Minister Ng, alongside Canadian Ambassador to the Philippines Mr. Peter MacArthur and Senior Trade Commissioner Mr. Guy Boileau, was introduced to the College’s various educational facilities that assisted online and hybrid learning during the pandemic. This included a demonstration of D2L’s Brightspace platform, the learning management system that powers Benilde’s very own BigSky.

Accessibility to education and technology

Greeted with warm welcomes from faculty and students alike, the tour continued with Mr. Del Cano’s presentation about Brightspace and how it helped students and faculty members during the pandemic. In an interview with The Benildean, Mr. Lim stated that this discussion about Brightspace was the highlight of his conversation with Minister Ng.

In the discussion between Minister Ng and Mr. Lim, the former shared that Canada has highly emphasized accessibility concerning technology and connectivity. Both were content with the realization of how much technology helped the College and its students for both educational purposes and daily life as well.

Other discussions also transpired among the officials about the College, Brightspace, and the country itself. When Minister Ng asked about the creation of the College’s curriculum, she expressed interest in the realization of the flow of students following the demand for work, wherever it may be, whether in the country or internationally.

Exhibits and an ending note

Minister Ng ended her tour by visiting the “Forrales x FDM” exhibit on the 12th floor of DAC. As explained by its curator and director of Benilde’s Center for Campus Art, Ar. Gerry Torres, the exhibit featured designs of students from Benilde’s Fashion Design and Merchandising program in collaboration with fashion designer Ben Forrales.

To close the program, Minister Ng and the rest of her group were able to admire the many Filipiniana garments on display.

While the political and social bond between the Philippines and Canada strengthens, this presents an opportunity for the Benildean community to aid in establishing these international connections as an inclusive educational institution.